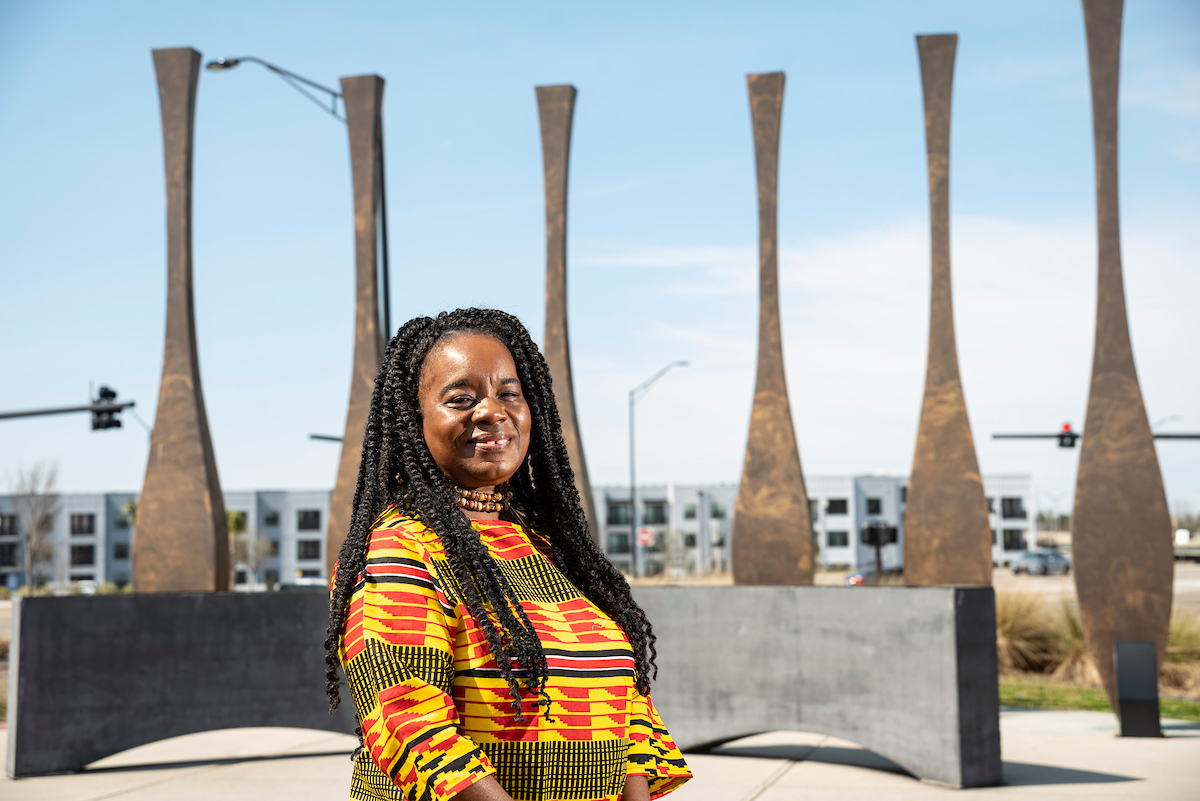 ISLAH SPELLER is resurrecting a part of Wilmington’s past that has been lost or rarely acknowledged—the history and contributions of the Port City’s African American community.

Speller is the creator and guide for the Journey Wilmington’s African-American History Walking Tour as well as the founder and chief executive officer of the Burnett Eaton Museum Foundation. The foundation works to support the African American community through activism and education.

“As history was usurped, our culture went with it,” says Speller. “Things we did that are essential to our identification were lost. Through the foundation and the tours, we are restoring our identity and our legacy.”

For Speller, who is a native Wilmingtonian, building the African American community became her mission after she moved to the heart of the city. There, she saw a community in pain: neighborhoods didn’t have access to essential things like grocery stores, funding for resources to decrease high dropout rates, gun violence prevention was missing or inadequate; people had little knowledge of, or the ensuing pride in, their ancestors’ accomplishments.

“The history fell into my lap,” says Speller. “Many African Americans made the Port City a place to live, have a business, and an income-producing career.”

In 2006, Speller founded the Burnett Eaton Museum Foundation, which is named after Foster Burnett, a Wilmington doctor who founded Community Hospital, and his son-in-law, Hubert Eaton Sr., also a doctor and a civil rights advocate who successfully fought to integrate New Hanover County’s schools, the public library, and taxpayer-supported hospitals.

Other foundation activities center on uniting family, friends, and neighbors, such as the upcoming Kite Flying Days, to be held on March 27 and April 3; museum visits; Watoto Kukusanywa, a day of storytelling, music, arts and crafts; Day of Service, which honors Martin Luther King, Jr., and Matunda Ya Kwanza, which celebrates Kwanza principles and includes a market at which entrepreneurs can show their goods and businesses. The foundation has also joined in efforts to feed and clothe the homeless.

Speller’s walking tours, which she started in 2016, are the culmination of her extensive research and desire to showcase the African American history that surrounds the region. Its four routes include: the 1898 Wilmington Massacre and Coup, Southside Legacy, Sugar Hill, and a citywide route.

Though the foundation was hit hard by Hurricane Florence and receives little in the way of outside funding, Speller is determined to continue its programs to empower the area’s African American community.

“My greatest reward is bringing the community together,” Speller says. “We are small, but we are having a big impact.”