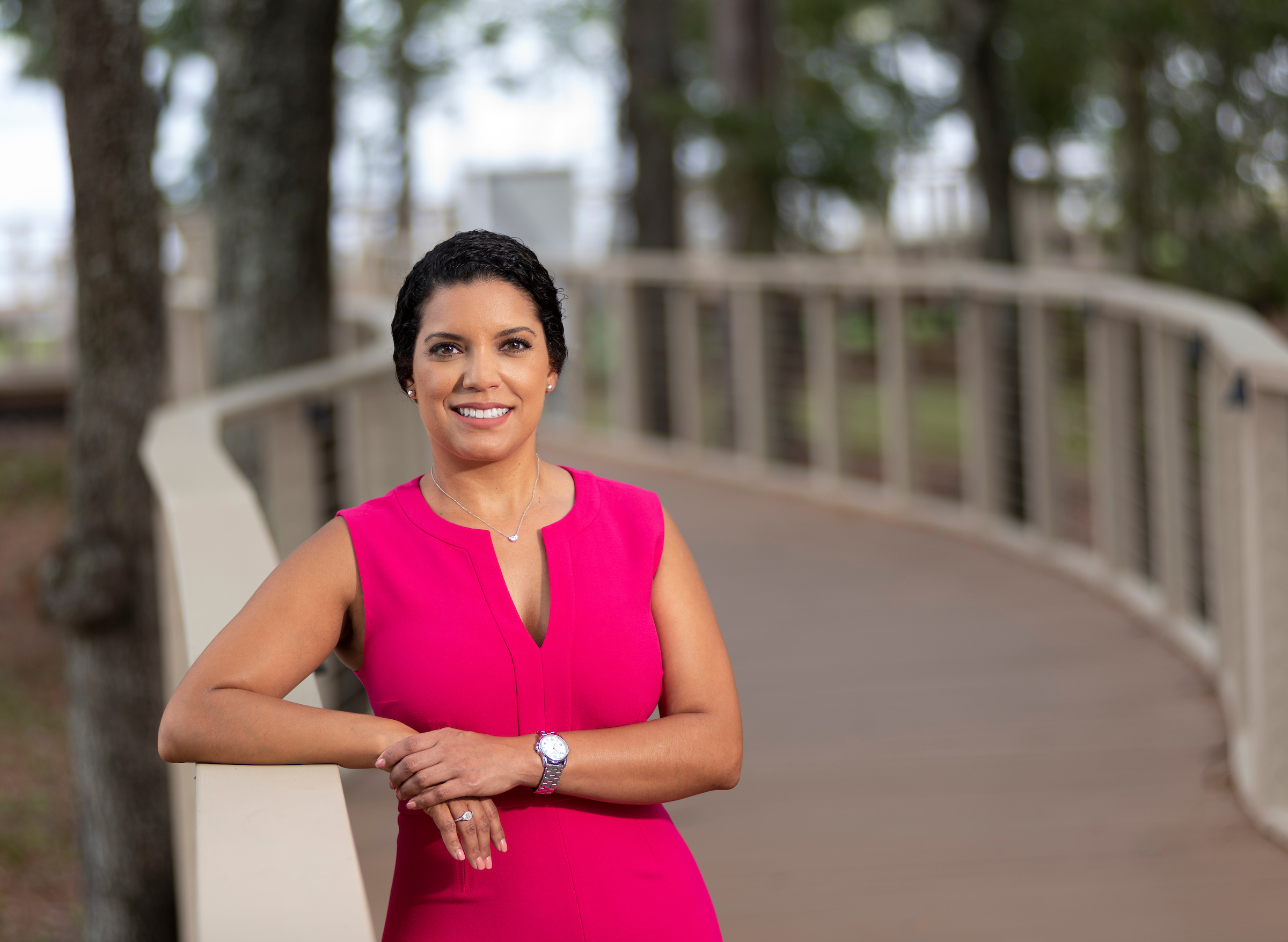 EMELY DE LA CRUZ never saw herself ending up in the career field that she did. She, in fact, aspired to be a dentist but a two-year waiting list at her school of choice caused her to choose a different path: business.

A 2006 graduate of the University of North Carolina Wilmington’s Cameron School of Business – De La Cruz could not be happier with how things turned out.

Her job is a unique one.

“I’m a professional steel trader, and I love my job,” she says, adding that the job brings her international business degree to life every day at work.

De La Cruz is the vice president of international sales at Schnog Enterprises in Wilmington.

While she never saw her career turning out trading steel with companies such as GE and Honda, De La Cruz takes pride in her work.

“It’s certainly working at a global level. I have customers from all over the world who have a need for steel for their industry whether it’s for aviation or cars and even gun makers,” she says.

Her clients span across the globe from Canada to Pakistan to Argentina. With all these worldwide connections, De La Cruz says it is amazing how she obtained the job to begin with.

“I was in college at UNCW working at Belk at Independence Mall when the Schnogs came into buy china,” she says.

The couple, founders of Schnog Enterprises, was so impressed with De La Cruz’s customer service skills that they offered her a job as Alfred Schnog’s assistant upon her graduation from UNCW. She says she learned the business from the ground up and has worked her way up.

“I’m never afraid to learn something new. If there is something new, I ask the question and we work on making it work,” she says.

And is it unique to be a woman who trades steel?

“Yes, I am a rarity for sure. There’s not another woman I know in this industry,” De La Cruz says with laughter.

But that doesn’t bother her. She says she is very comfortable in a field that is dominated by men, playing in a “man’s world.”

De La Cruz certainly doesn’t like to slow down. She says she wants to give back to the world in a good way if she can. In addition to her role at Schnog Enterprises, she serves as president of the Schnog Foundation and last year became a member of UNCW’s Alumni Board.

She says serving on the board is an opportunity she is grateful.

“First, my whole college experience at UNCW was wonderful. To be asked back to serve on the Alumni Board humbles me,” she says.

She credits her education at UNCW for helping to get her where she is in her career.

On a more personal note, she credits her mother, GEORGINA, whom is her best friend, saying that without her mother’s support she would not be where she is today.

And, while she enjoys all the aspects of what she is doing right now, De La Cruz has big plans ahead. She says she has dreamed for years of opening an orphanage in the Dominican Republic, where she was born. She hopes to turn that dream into a reality in the coming years to help the children of that country.

She sums her story perfectly saying she is living the American Dream.

“Being born in a third world country – just to think, where I was born – I have surpassed what I thought would be possible for myself.”