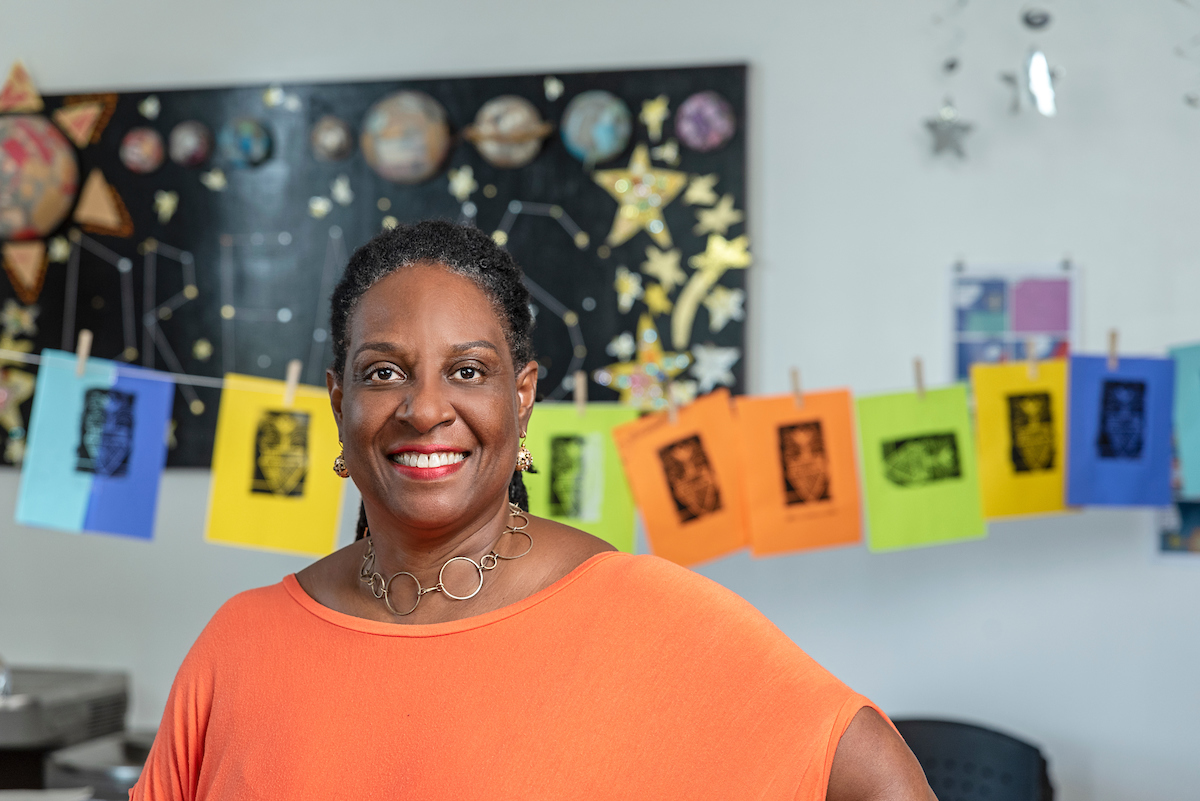 Throughout her career, ANNETTE FREEMAN has been committed to helping others succeed. As the new executive director of Wilmington’s DREAMS Center for Arts Education, she is now helping put local youth on a path to success through the arts.

“There are too many kids that need self-expression,” Freeman says. “The ability to self-express will focus your energies into something that is powerful, and that is important.”

DREAMS has provided art instruction to Wilmington’s children since 1997. There, students ages 8-17, the majority of whom are from lower socio-economic backgrounds, receive instruction in a variety of art forms such as music, dance, videography, visual arts, digital arts, theater and storytelling, sculpting, and pottery–all at no cost to their parents.

Freeman’s background has well-prepared her to lead DREAMS. She is an Emmy-award-winning producer, journalist, communications, and arts professional who has produced documentaries for major media such as NBC, MSNBC, A&E, Discovery Channel, PBS, and MTV World. Freeman also served as a professor at Columbia University’s Graduate School of Journalism and New York Film Academy’s Digital Journalism Program.

When Freeman moved to Wilmington in 2018, she quickly became a part of the city’s arts community. Through her work, the Wilson Center was awarded the Shuttered Venue Operators Grant as well as grants from the National Endowment for the Arts. Freeman also expanded the Center’s outreach program so the elderly and disabled, as well as students, are eligible for free tickets to Broadway shows.

Now Freeman is bringing her focus and energy to DREAMS, where she hopes to exponentially build upon the organization’s foundation. One of her goals is to create a more campus-like environment for the organization. That means increasing the number and variety of DREAMS courses and hiring more teachers, all of whom are professionals in their fields.

“DREAMS is not an after-school arts and crafts program,” Freeman says. “We are crafting the next generation of southern artists. DREAM’s students will go to institutions like the University of South Carolina School of Visual Arts and Design, University of North Carolina School of the Arts, or the military. They will have the ability to be creative in whatever environment they are in.”

Freeman also wants to attract more students, especially the eight- and nine-year-olds and youths in high school to DREAMS. The program has a proven record of success: a majority of the students who stayed with DREAMS through high school went on to higher education, a trade school, or the armed forces, Freeman says. She hopes more children will have the opportunity to use Dreams as a springboard for their future goals.

The DREAMS facility needs work, too, according to Freeman. Damage caused by Hurricane Florence is still awaiting repair, and DREAMS needs more space for classes.

To turn these goals into a reality, Freeman is making fundraising a priority. In addition to applying for grants and working with donors, she plans to ensure the community aware of the organization and its successes.

DREAMS is a special place where dreams truly come alive, and Freeman is determined to ensure as many children as possible experience that.

“People love it here,” Freeman says. “You can’t come into the building and not feel something. The energy here is unlike any place else in Wilmington.”