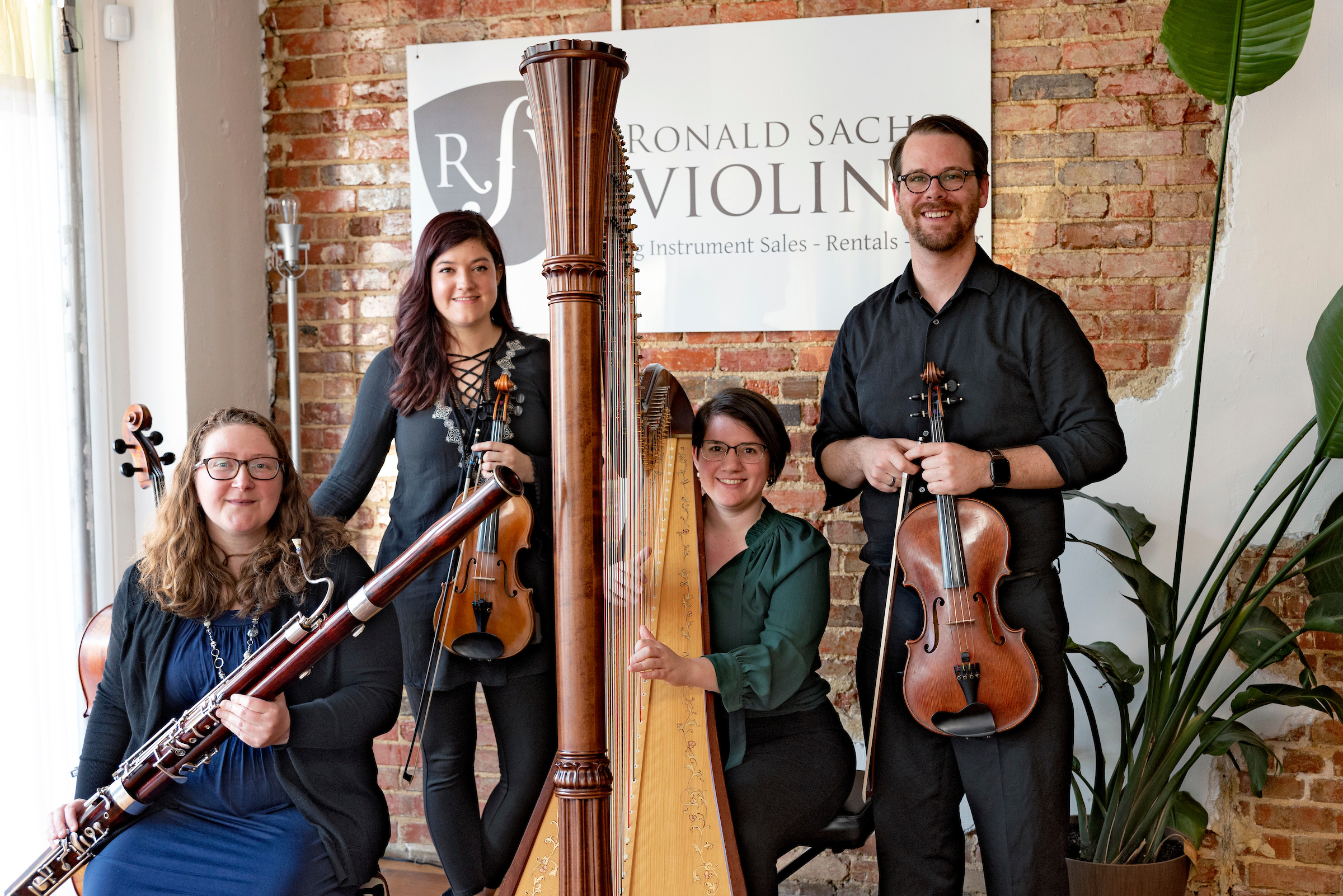 The Brierwood Ensemble is a chamber music quartet that has been performing throughout Wilmington for the past three years.

The group is composed of HELENA KOPCHICK SPENCER, bassoon; her husband CLARK SPENCER, violin and viola; CHRISTINA BRIER, harp; and LINDA ESTEP, violin. All four classically trained music educators and performers are transplants from the north who quickly became enamored with the arts environment in Wilmington.

“Our music offers an escape from the pressures of life,” Estep says.

Brier adds, “It is intimate and powerful. A live performance is unlike any other experience.”

The group performs original compositions, famous classical pieces from Mozart, Handel and others, and pieces from new American composers. The group often performs repertoire by under-appreciated female composers with arrangements by Estep and Clark Spencer, specifically for their instruments.

The four found each other while playing gigs around downtown Wilmington. It wasn’t long before they were discussing what to name their quartet which formed in 2016.

“We were looking for a name that would highlight the fact that all of our instruments are made of wood,” Brier says about what captured their similarities yet made them unique. “Because our collection of instruments is not typical – generally strings play together, and woodwinds play together – putting us all in the same group is a bit quirky.”

At the beginning of each performance season, they listen to music, decide what they like, and then build a repertoire based around one or two major pieces.

The group has no leader.

“That is one of the things I love. We all get to be leaders. Everyone has the opportunity to say how they feel about a piece,” Estep says.

“We are all equals. We work together to make the music happen,” Helena Kopchick Spencer adds. “Our special bond is a collaborative relationship that transcends verbal communication.”

When reflecting on chamber music’s place in the world of popular music today, Estep surprisingly sees similarities to classical music.

“Good hip-hop, rap, and pop music present a story in a song,” Estep says. “We do the same thing. We present a narrative and tell a story that people connect with.”

What really sets this group apart is its ability to both educate and entertain.

Between pieces, these musicians speak directly from the stage to the audience. They encourage a festive, much less formal, ambience than traditionally found in chamber music performance.

The ensemble often performs at Ronald Sachs Violins because they prefer an informal downtown venue rather than a traditional concert hall. 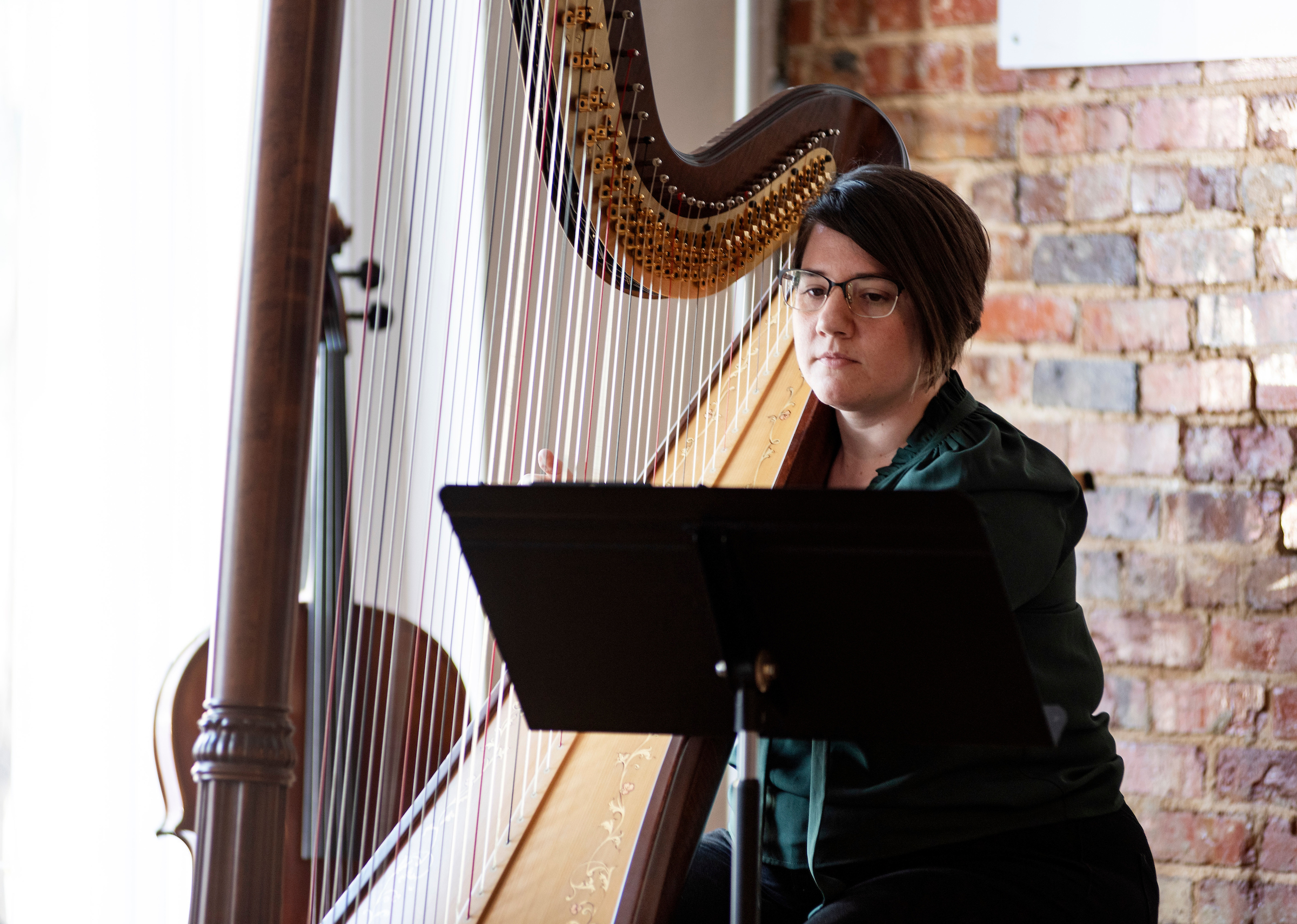 “We want to bring people joy. And we want concertgoers to leave having learned something new,” Brier says.

Through its parent organization, Brooklyn Arts Music Academy, where Brier and Estep are executive director and artistic director and all four are instructors, the group is performing educational concerts at New Hanover County Schools and offering free music education at Dorothy B. Johnson Pre-K Center.

“Music is the thing that I love most in the world. It has made such a difference in our lives. The one mission in my life to share it with everyone that I can. What better place than in our own school system,” Estep says. “Making music is the most exhilarating experience. It’s not just notes on a page. It’s thoughts and feelings flowing out of our instruments. It is life-changing.”

This summer, Brierwood will go on tour playing its favorite selections from this past season. The schedule of events can be found on its website.