What started as a personal quest to find her sister’s grave has turned into a much larger goal for KATHY KING, who has led the cleanup of Maides Cemetery, a historic African American cemetery with graves dating back to the 19th century. In doing so she has not only made the cemetery presentable, she has also identified many of those buried there.

“This is part of my mission in Wilmington,” says King. “I hope more people will volunteer to be caretakers of the cemetery in whatever way they are able and that more residents become aware of the African American community here and the role it has played in Wilmington’s history.”

After a year of hard work, the cemetery can now be kept up with one monthly cleanup day, says King. However, that wasn’t always the case. When King first embarked on the effort, the cemetery was overrun by trees, weeds, and debris. Vegetation was nearly two feet high; three trees, felled by Hurricane Florence, obstructed the grounds; and numerous graves were hidden by the overgrowth. People routinely strolled by the cemetery on the adjoining Maides Park Trail without realizing it existed, King said.

As the cemetery was cleared, King determined where each grave was located. About 80 of the graves had headstones, but finding the remaining graves took sleuthing and observation. Seashells or other funerary art disclosed the presence of some graves, while bamboo palms indicated where others existed. For some, the contour of the land was the only clue that a grave was there. 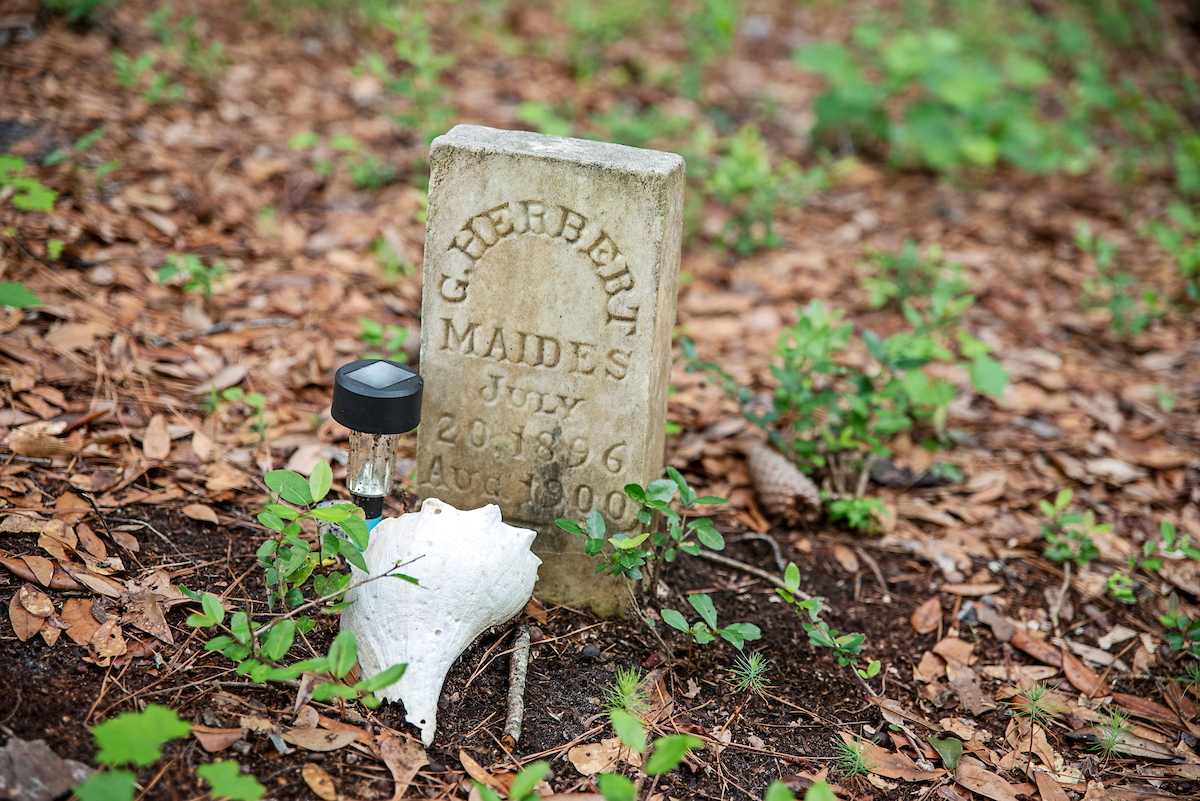 Through painstaking research, King discovered that there were 200 graves in the cemetery, the first in 1899 and the last in 1978. By referring to the deathcertificates she gathered and studying family plots and individual graves, King has helped unite people with their deceased; and for the first time, some family members were able to put a marker on their relative’s grave.

“That was a heartwarming experience, to find the grave of a loved one so families could put a permanent marker there,” King says.

Under King’s leadership, and with the support of the Historic Wilmington Foundation, volunteers of every nationality and age (from 13-70) have come together to restore the cemetery.

“Initially these volunteers were strangers to me, but they aren’t any longer,” says King.

“They have given their time to discover and maintain the cemetery. They see it as sacred ground that should be preserved and protected in honor of those who are buried there.”

Though King hasn’t yet found the grave of her sister, who drowned in the ocean in Topsail Beach in 1966, she’ll keep looking–just as she’ll keep working to ensure the cemetery will be preserved and protected in the future.

“The progress we’ve made gives me satisfaction and the hope that someone will be there to care for this cemetery beyond my time,” King says. “More people are becoming aware that it is there and that help is needed to preserve it.”

Next opportunities to volunteer:

Maides Cemetery is located next to the baseball field at Maides Park at 1101 Manly Avenue.