The 2021 Women to Watch Award Winners 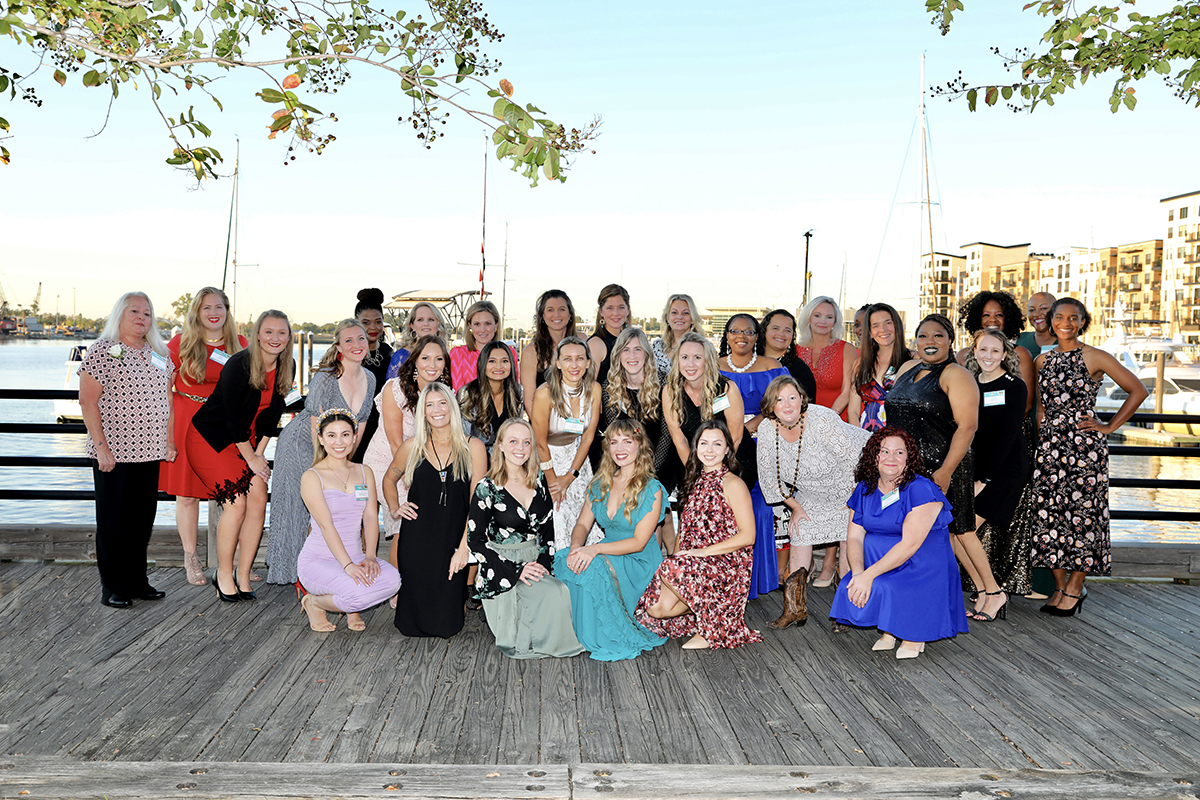 Some of Wilmington’s most successful women met this weekend at the Wilmington Convention Center to celebrate the finalists of the 2021 Women to Watch Awards and find out the winners for each category.

The event recognized thirty-six elite women who are advancing in their career fields while contributing to their community. Out of the finalists, there were eight winners in arts (featuring a dynamic filmmaking duo), business, education, health, nonprofit/volunteer, public service, and rising star categories. Congratulations to all the finalists and category winners.

Here are the 2021 WILMA’s Women to Watch Awards winners. 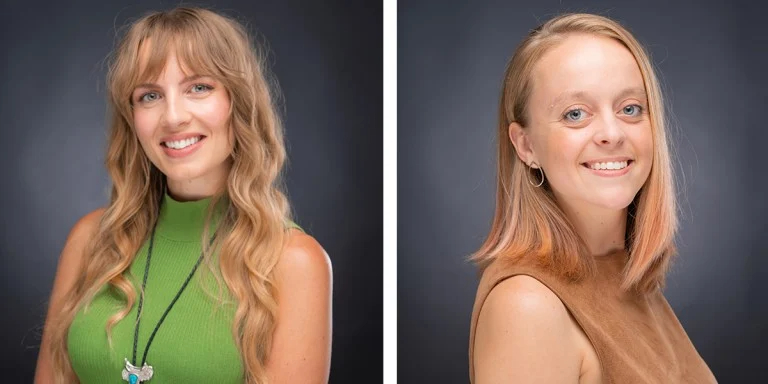 In 2016, Kristi Ray and Erika Edwards started Honey Head Films, an award-winning, boutique production company “on a mission to level the playing field for underrepresented cast, crew, and characters in the film industry,” according to the duo.

“Honey Head is a social enterprise founded to address the lack of diversity in media – both in front of and behind the lens,” Ray says. “Our work locally continues to highlight minorities, creating access, and exposure through the stories we tell and the people we work with. This is truly our mission, and we’re honored to live it daily.”

Asked where she draw inspiration from, Edwards says, “my personal life experiences, nature and music. Whenever I’m searching for a creative idea I always delve into one of these three avenues.”

They created a Honey Head Mentorship Program for aspiring middle-school female filmmakers and are launching an all-girls summer camp called Shoot Like a Girl to prepare female-identifying teens for careers in film production “in an effort to close the gender gap in our industry.”

This year, they are participating in Genesis Block’s accelerator program for minority- and women-owned companies, during which they have worked on the newest branch of their company, Honey Head Studios, which will be the region’s first female-led independent film studio and will be committed to bolstering unique voices and stories emerging from the South. 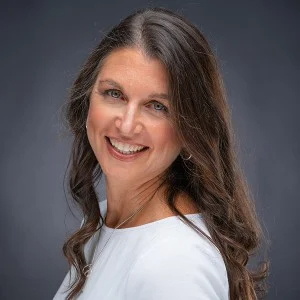 Christi Ferretti and her wife, Kathy Webb-Ferretti, moved to Wilmington in 2003 to buy Pine Valley Market, a café, gourmet market, and catering business off South College Road. Over the years, it has grown its business footprint substantially while also making an impact on the community.

“Looking back over the last nineteen years, I am both humbled and in awe,” Ferretti says. “When we moved here, I never dreamed that life would lead me down the road that it has. All I wanted to do was feed people and spend my days doing what I loved. As a self-taught chef, I grew up watching cooking shows on TV after school long before the Food Network ever existed.”

When she was in college the genre of food television grew and ignited a passion for Ferretti. “I could not have dreamed at that time that I would one day be working alongside some of the very chefs that I idolized at a young age,” she says. Ferretti has been an advocate of the Food Bank of Central & Eastern North Carolina. She worked with chef José Andrés’ World Central Kitchen to help serve over 20,000 meals a day in Wilmington during Hurricane Florence and turned Pine Valley Market into a satellite disaster relief kitchen. At Girls Leadership Academy of Wilmington, she donates her time on the charter school’s chef fundraising events and works with students in its culinary arts lab. 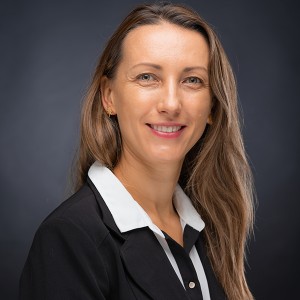 Along with USGIF and colleagues at nine other U.S. institutions of higher learning, she was awarded a $5 million contract from the National Geospatial-Intelligence Agency to supply training and career development courses. One of only a few Fulbright scholars to hold tenure at UNCW, Pricope has led the awarding of numerous grant and research projects supporting climate change and social impacts globally.

“In regards to my career highlights, honestly I think the greatest accomplishment has been seeing the success of some of my students, both undergraduate and graduate, in pursuing their dream career or dream Ph.D. program upon finishing their degree at a UNCW,” Pricope says. “Several of my students have absolutely already exceeded any expectations or any position I had at their age and career stage.” Another professional highlight, she says, has been the recognition of her research work in Africa, specifically Namibia, Botswana, and Zambia through an American Association of Geographers inaugural African scholar award. 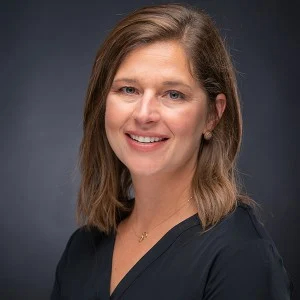 Claire Corbett has worked for NHRMC for nineteen years. During that time, she has been a driving force behind the hospital’s award-winning stroke program as well as several award-winning cardiology initiatives. In her current role as director of clinical excellence, Corbett leads a program that brings best practices to the bedside to improve outcomes for patients.

“I had the opportunity to serve as faculty on the National STEMI Accelerator Project that worked with twenty-two different cities across the country establishing and improving heart attack care,” Corbett says. “I worked with dedicated and passionate health care providers from all over the United States. Collectively, we changed the way heart attack patients are cared for on a national scale and impacted thousands of lives.”

Corbett also has played a key role in NHRMC and the area’s response to the pandemic. “Operation Warp Speed was the nation’s operational mission to make vaccines and end the pandemic,” she says. “We were the final leg of that mission, dedicated to get vaccines to all in our community who wanted them.”

The North Carolina Healthcare Association this year honored Corbett for her work in leading NHRMC’s COVID-19 vaccination rollout and efforts. She and a colleague led a team that quickly established a clinic for vaccine distribution in the then-shuttered movie theater at The Pointe at Barclay. In only thirty-six days at the site, over 21,000 people were vaccinated.

“My goal is to take learnings from successes – and from failures – and translate them to future work on a larger scale, improving the health of as many people as possible,” she says. 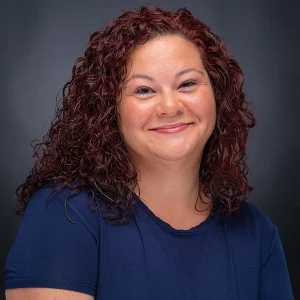 As the daughter of Cuban immigrants, Franchesca Ramirez is not a stranger to hard work, dedication, and advocacy. She graduated with her master’s degree while working full time at The Carousel Center and is currently enrolled in a doctorate program.

She strives to strengthen community relationships to best serve the children, families, and communities within New Hanover, Pender, and Brunswick counties. As the organization’s advocacy supervisor, she leads and supports a team that facilitates healing, promotes justice, and fosters resilience in children victimized by abuse and or neglect. She works with child therapists at the organization to ensure that families who are receiving therapy services have strong advocates to support them as well. Ramirez also provides bilingual advocacy, support, and translation services for Latinx families.

“Some of my career highlights would be growing our advocacy department and increasing the number of Latinx families we are able to serve at The Carousel Center, as well as finishing my master’s degree and becoming a doctoral candidate while accomplishing these things,” she says. 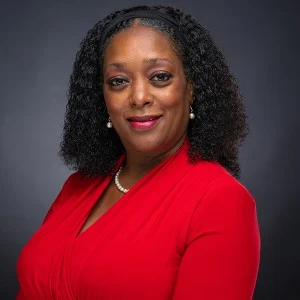 Tufanna Bradley began as assistant county manager in August 2019 and previously served as the county’s community affairs coordinator. Before joining the county, she worked for New Hanover County Schools and as a director for several nonprofit organizations – working in public service for more than 20 years in the nonprofit, education, and government sectors.

Last summer, she transitioned into overseeing the county’s health and human services departments, including the consolidated Health and Human Services agency, Senior Resource Center, Community Justice Services, and Veteran Services. She also serves as a liaison with the court system and Trillium Health Resources, both of which receive funding from the county. Bradley played an integral part in the county’s COVID-19 response. 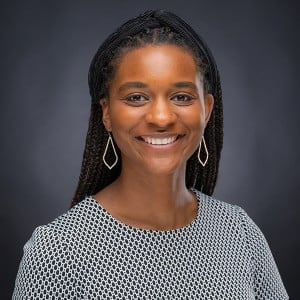 Cierra Washington has been involved in several initiatives that involve and support community members in creating solutions to combat health disparities in collaboration with local agencies. Those initiatives have included the creation of a community garden next to the Hemenway Community Center where Voyage youth participants can learn about growing their own food; the facilitation of the Southeastern NC Health Educators Network; piloting a Bonner Pipeline Project, which provides funding and applied learning opportunities for students seeking a degree in a health-related field; and establishing several programs to increase engagement and grow memberships within the Northside Food Cooperative.

She has been recognized several times for her achievements. Washington also is a committee member of the Northside Health and Wellbeing Improvement Team.