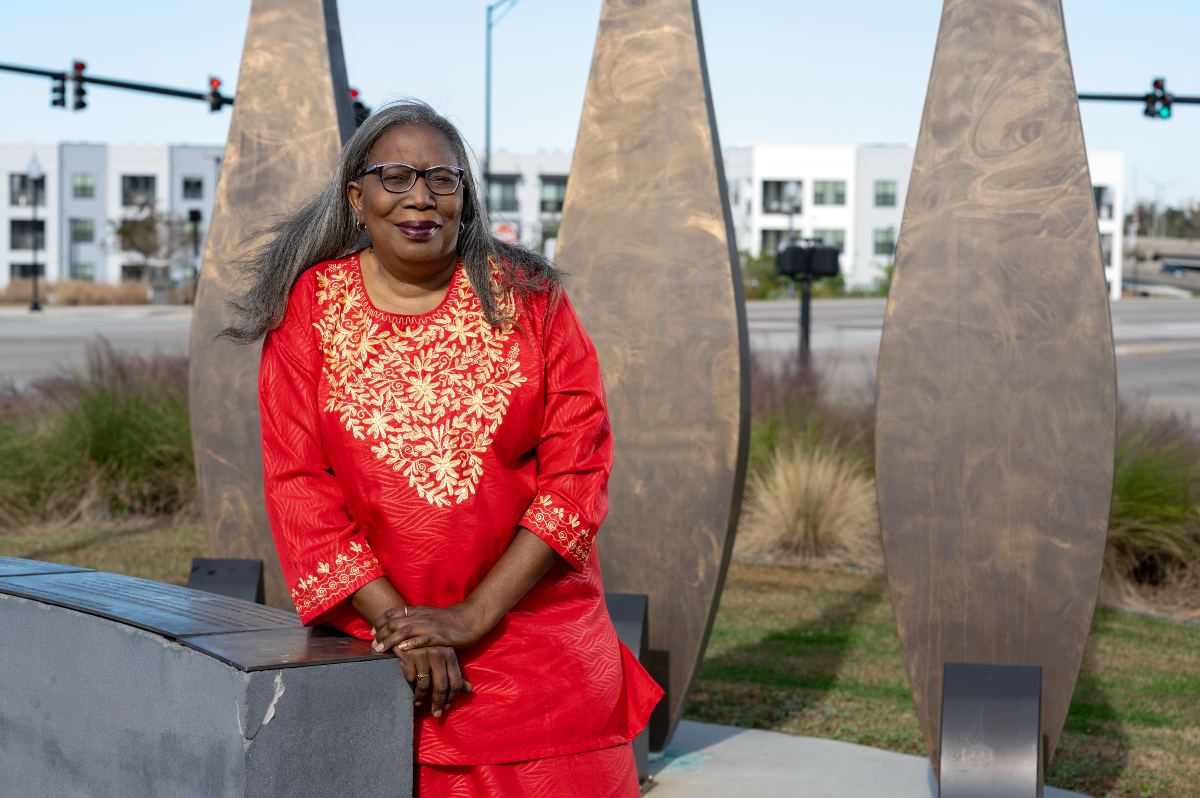 As a social worker of more than three decades, DEBORAH DICKS MAXWELL is used to working to make conditions better for others. Now, in her newest role as president of the North Carolina Conference of NAACP Branches, she continues her advocacy on a state level.

Maxwell, a Wilmington native, is the first woman elected in this role, after serving as president of New Hanover County NAACP and as the district director for the Walter B. White District 16. Retired from Brunswick County Health Department, Maxwell feels confident that her life’s work has trained her well for her latest position.

“I have my masters of social work from East Carolina University, and it’s thirty years old, that piece of paper. We were taught to advocate, and seek policy change, and work within communities,” Maxwell shares.

According to Maxwell, her new role “provides guidance and offers support to branches and chapter presidents who have questions.” She will be “relinquishing” her role as district director and branch president of her local NAACP to “focus on the state.”

Maxwell also credits her time in the military for her preparedness for her various roles. Maxwell was an operating room technician while serving in the U.S. Army Reserves and served as a part of the Military Police Corps, reaching the rank of Sergeant First Class while on active duty in the U.S. Army. Maxwell served in Operation Desert Storm.

“My jobs were very, very different, but each role has had its own benefit,” Maxwell explains. “The military always taught time management, working until the mission was accomplished, and the love of meeting people from different places and spaces.”

Maxwell was also recently appointed as a member of the Cape Fear Community College Board of Trustees, a role that she worked diligently to obtain.

“It was my third try at getting on, so sometimes perseverance pays off,” Maxwell explains.

Proud to be one of two African American women on the board, Maxwell hopes that it will continue to reflect the demographics of the CFCC student body.

“Jonathan Barfield was the only person of color for a long time, and now I am one of two women of color, and I hope a Latinx woman will be considered in the next cycle of appointments,” Maxwell says.

Maxwell’s main goal at CFCC is to help make the school “bigger and better,” and to “take students into consideration.”

“Students are the consumer, so it needs to be driven by them,” Maxwell explains. “I want to help remind them of their voice. I look forward to supporting CFCC and I am honored to be a part of it.”

Maxwell’s goal in her new role as president of NCAACP is to connect branches across the state, and following a year of virtual meetings, she looks forward to meeting in person in the upcoming year to address important concerns.

“There is a myriad of issues, each one is equally important, that I want to give equal time and consideration to while working with capable members and committee chairs,” Maxwell describes. “There are so many concerns and issues that need to be addressed.”