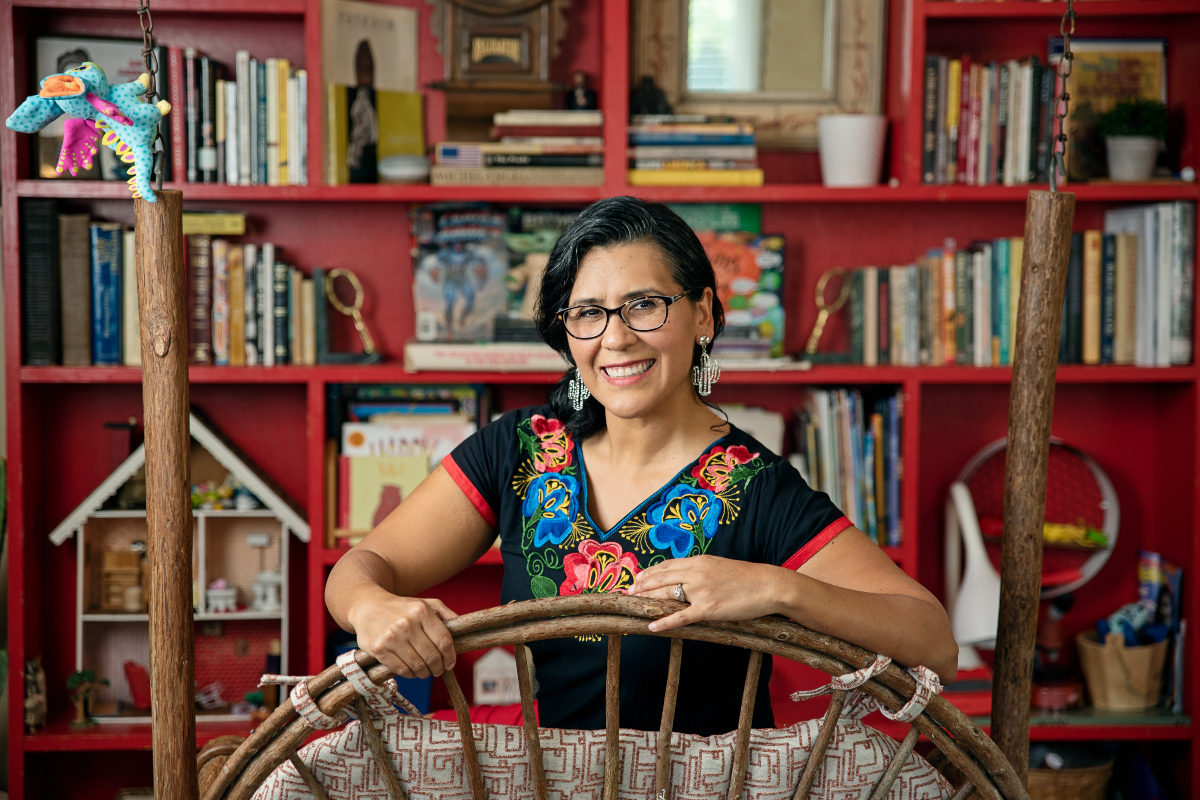 “Even if I give just a little through social media, I can have a big impact,” House says. “If I make a three-minute video, I can do so much.”

House’s penchant for storytelling stems from her work as a preschool teacher. There, she learned the power storytelling has, even for complex subjects. House’s interest in creating bridges for diverse people comes from her personal history. She grew up in Wilmington, Calif., an area rife with gangs and one in which neighbors had to depend on each other.

House got her beginning in digital storytelling through the nonprofit, Narrative Arts. Though she had no experience working with film, House applied for and received a scholarship from the organization. Then, she took on the task of learning how to film and edit her work. The end product was the documentary, Mi Casita, which relates to a local Latinx family’s struggle to survive after Hurricane Florence destroyed their home. Mi Casita told such a compelling story that PBS picked it up.

Then PBS selected House to be one of its ambassadors. House welcomed the role as it gave her an additional way to help her community. As a PBS Ambassador, House gives presentations for parents, gets them resources, and promotes PBS’s children’s programming.

Filming people and telling their stories became more difficult when the pandemic hit, but House was determined to continue her work and developed her YouTube channel, YoCasa. YoCasa covers all manner of topics, ranging from how to tackle clutter to nutritional tips to understanding that childhood traumas influence adult lives.

“I feel my stories will give back to someone, whether the story is about wellness, a walk to the river, an exercise program, or how to create your own trail mix,” she says.

House even turns Lotería, a Mexican bingo game, into a way to tell stories. At Wilmington’s Community Arts Center, she uses bilingual bingo, “Let’s Play Lotería con YoCasa,” to teach children about different cultures. Depending on the day, House’s bingo games may include music, movement, arts and crafts, props, reenactments, or any combination of the above. The free monthly workshop is so popular, parents often stick around to watch and learn.

“Give me a platform, and I can take you to Mexico,” House says. “As I teach the game, I bring some understanding of a different culture to it.”

House plans to expand her work and tell stories about communities in Los Angeles, Mexico, and other locales. She also hopes her films will be presented at film festivals throughout the nation.

“I want to be a traveling storyteller,” she says. “My works connect people to people.”