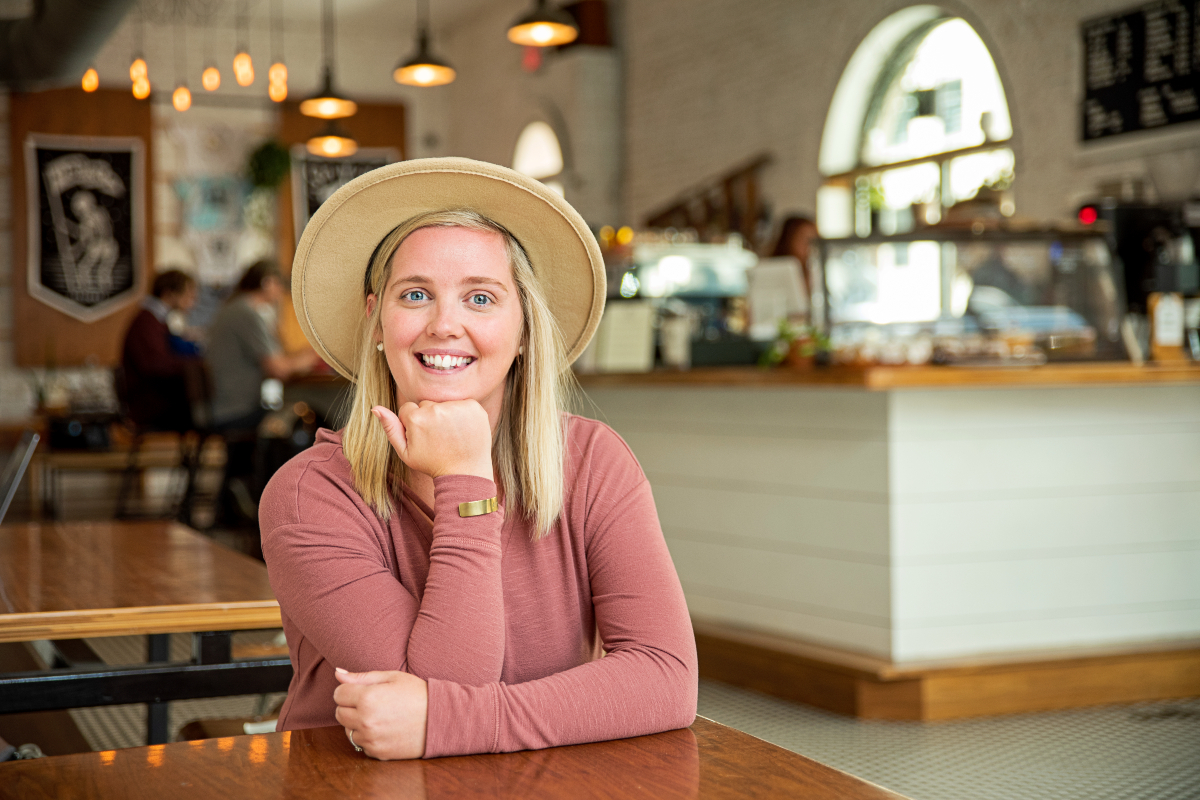 EMILY VERMEER was ready for change. And that is precisely what happened last year when she and her family picked up and decided to move to Wilmington. That decision has only led to positive outcomes, which for Vermeer, cemented for her it was the right thing to do.

“My husband and I were aware that we were living a very mediocre life,” she says. “We visited Wrightsville Beach for my birthday, and within four months, we were here. It all fell together so easily.”

While Vermeer was relocating to Wilmington, she was also in the process of a career transition. “I was desperate to make a change,” she says. “I was working full time, mom of two kiddos, and working a side hustle like my life depended on it.” With health issues too, something had to give.

The same month she moved to Wilmington, Vermeer opened She Assists, a virtual assistant agency that also offers business mentorship. “I was simply asked by a mentor of mine to be her personal assistant part-time,” she says. As Vermeer gained additional clients, she realized she was making her same income working less. It opened her eyes to the opportunity of becoming a full-time virtual assistant.

The backbone of She Assists is helping entrepreneurs in the online space. Gradually, Vermeer realized there was quite a need for help with tasks such as email, social media, launching products and programs, and backend maintenance. Finding a high demand, her business grew as well to fit a growing client base. “In the first month of becoming an agency, we went from just me to a team of three including my husband.” She Assists tackles tasks so that a business’s owner can focus elsewhere. “The sooner you hire out, the sooner you can unlock your personal superpower,” Vermeer says.

HOLLY PICKEREL, a certified life coach, has employed Vermeer for over a year now. “Emily has helped me in ways I couldn’t have imagined,” Pickerel says. “She has helped me build my business from the ground up.” Vermeer has taken a further step by starting an online program called the VA academy, where she coaches others on how to start an individual VA business.

While getting her business up and running and doing the usual networking required, Vermeer realized something was missing. “I couldn’t find a networking group that was deeper than just a business card shuffle,” she says. As a faith-based female entrepreneur herself, Vermeer was looking for people who “get it”. “Someone that you can cry out to and celebrate with,” she says. “I wanted to connect women to others and give them tangible ways to top off the tank.”

As part of the membership group, Vermeer hosts Fueled By Faith, a Wilmington women’s leadership event with faith in focus. The event includes a night social and a networking and speaker event.

Vermeer feels passionate about including faith as a part of leadership. “How can we lead if we don’t have faith in what we are leading toward and who we are in that?” she says.