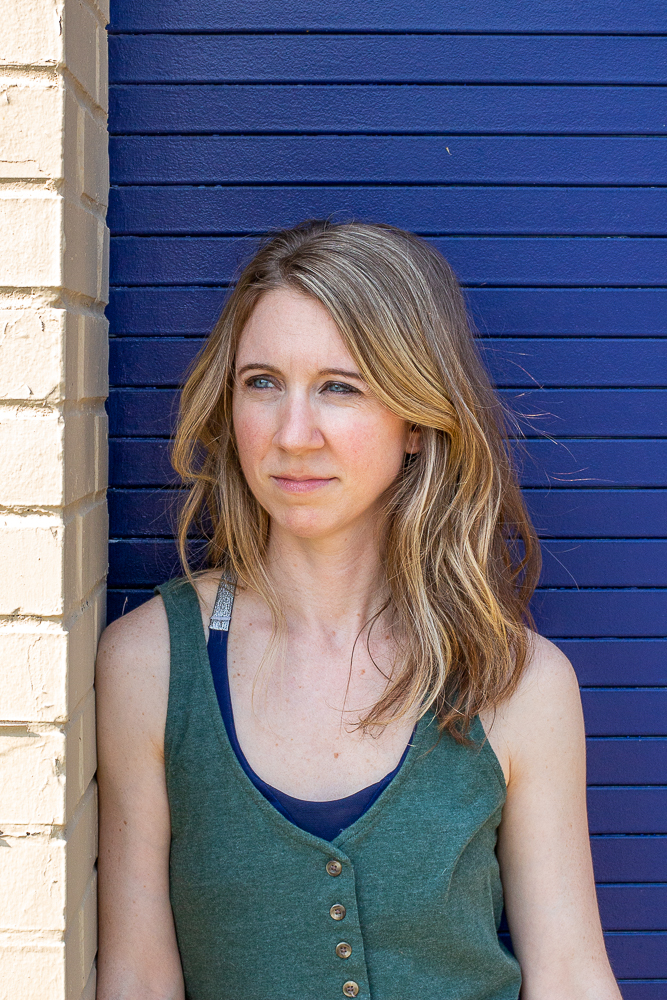 EMILY BURDETTE has been singing since she was about six years old.

Burdette is a local singer and songwriter who was inspired by artists like Jewel and Sheryl Crow.

“I just knew at that age that I had a good voice. The songwriting came later when I was fourteen. Music is all I have ever wanted to do; it’s always been in my blood,” Burdette says. “I remember being drawn to the words in songs.”

She says she started writing lyrics and melodies before she could play an instrument.

Burdette performs locally and is currently working on three new tracks that will be released by July.

“Hourglass Studios has been amazing, and I’ve enjoyed every minute of tracking vocals and guitar there,” she says. “It’s so much fun to be able to include other musician friends who add such talent to the songs. If I could just do music for a living, it would be a dream come true.”

WILMA: How do you get inspiration to write songs?
Burdette: “Most of the time, my inspiration comes from emotions I feel through life experiences.  Sometimes the songs I write are about real-life situations, but a lot of my earlier writing is about things I want to experience.  I’m most inspired late at night; I’m a night owl, so that’s when things really start to flow.  When I can’t fall asleep, song lyrics have been known to pop into my head.”

WILMA: How would you describe your musical style?
Burdette: “I describe my musical style as pop/folk or indie pop when I have to apply a genre to it. When you say, “singer/songwriter,” that doesn’t really convey much to some people. I like to write my songs in a way that makes the meaning behind it kind of hidden. Singing songs I write is a very vulnerable thing. I remember a line in an Anna Nalick song that says, ‘And I feel like I’m naked in front of the crowd ’cause these words are my diary screaming out loud and I know that you’ll use them however you want to.’  To me, that says it all.”

WILMA: Do you have any favorite past performances?
Burdette: “One of my favorite performances was when I was asked to put on a concert for West Virginia State University. I attended school there for my master’s degree in media studies. My thesis project was to create, produce, and direct two music videos. I recorded my first EP in West Virginia and then got a full band together for the show.”

WILMA: What are your music career goals?
Burdette: “My goal as ALWAYS been to get a song into a television show or film. It hasn’t happened yet, but I haven’t given up. Also, I can’t forget my goal of opening up for Brandi Carlile! Going on tour with an artist I love would be the ultimate goal. I just want to write music that inspires listeners. I want them to feel the emotion from my words.  I’m a big fan of songs that can really move me and most of the time those are the sad songs. It’s so much easier to write a sad song than it is a happy one. It’s not that I’m unhappy; I just feel so much more with a sad song. They really hit me.”

WILMA: How have you handled COVID-19 as a local performer?
Burdette: “Before the quarantine, I had set a goal to book 100 shows for 2020. I had booked at least 75 before February.  Then, suddenly, venues were texting me and saying they would have to cut the music budget until they knew more about how business would be. I didn’t even count how many gigs I lost because I wanted to remain positive that it wouldn’t affect me too much in the end. I started live streaming like many other local performers did.  I decided to play three days a week from my living room and stream it from my Facebook page. It was amazing to see the support I had from the people I know. Those that were still working, but remotely, told me it was so nice to be able to break up their days with some live music. A good friend of mine shocked me by sending me a $100 tip. The streaming helped me gain new followers. It was a challenge, but I am grateful for it.”

WILMA: Where can people hear your music/hear you play?
Burdette: “My music is on iTunes, Amazon, and Spotify. I have two albums out on all of those platforms. My instagram, @burdettemusic, is the best place to find out where I’m playing locally. I post my schedule on my website, www.emilyburdette.com as well.”