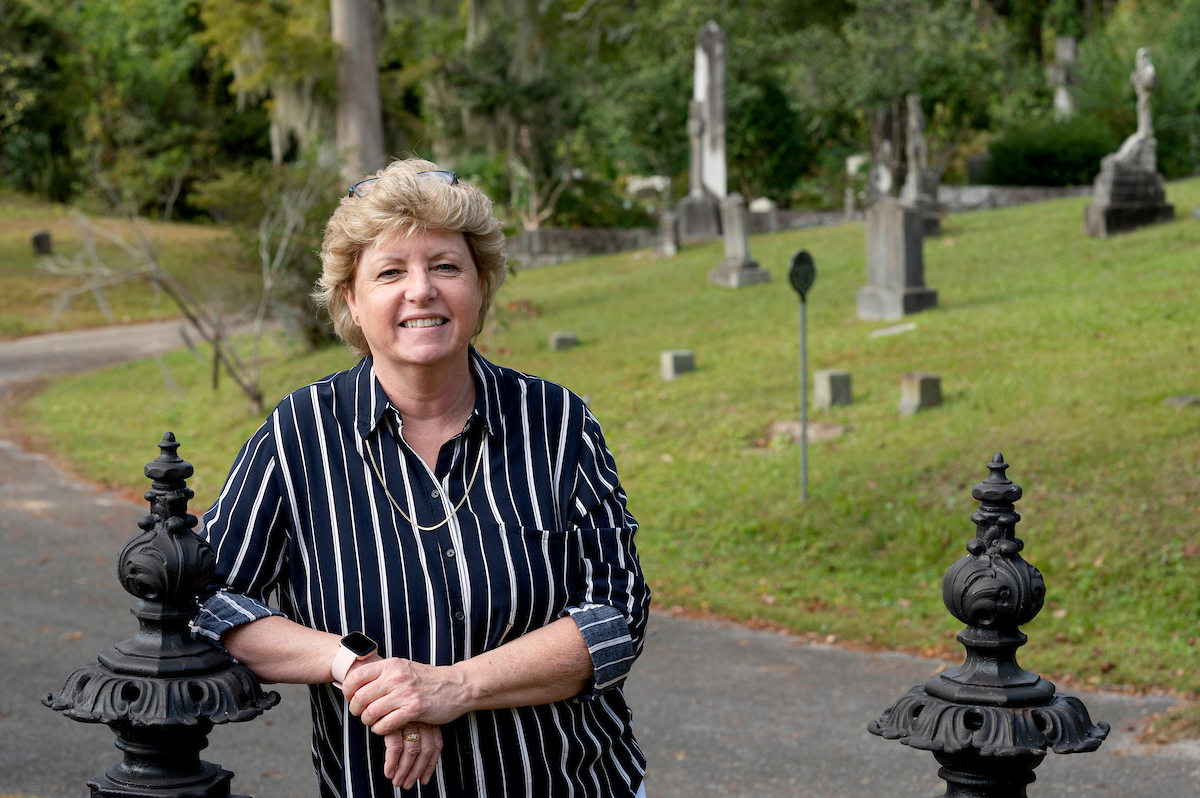 Part explorer, part detective, CONNIE KNOX digs into the past and comes up with roots – the traces of people’s familial heritage.

While Knox has worked with individuals to discover their lineage and acquaint them with their ancestors, these days she reaches broader audiences through her YouTube channels Genealogy TV and NC Ancestry, which is specific to searches in North Carolina. In her videos, she shares strategies and sources that can help her audience members delve into their families’ pasts.

“I call myself a lifelong genealogist,” she says. “I say that because my interest in genealogy began when I was about six or seven years old and my great grandmother from Denmark was showing us pictures and telling us stories from the old country. Then my grandmother – her daughter – told me they had come across the country in a covered wagon. When I was about 15, I started researching.”

While she continued doing genealogical research, Knox embarked on a seemingly unrelated career in media.

“I started in public broadcasting in Southern California around 1980 and spent several years with that,” she says. “Then I went out on my own as a freelancer: I was a camera operator, a producer, a director, a video editor. I met my husband and he and I ended up merging our companies. We lived in Hawaii for a while, then in Southern California again. Then we came to North Carolina, where he is from.”

The couple found an old low-power television station that had been off the air for several years and purchased it. They got it back on the air and, with the help of a partner, built up its programming and audience. In 1999, they sold the station to Raleigh-based Capitol Broadcasting Company, which owns a variety of media properties. In 2000, the station became a CBS affiliate and Capitol hired Knox as the station’s general manager. She continued in that role until mid-2020, when once again she ventured out on her own – this time as a freelance genealogy consultant, sharing her tips and techniques via her website genealogytv.org and videos produced for her two YouTube channels.

“I love it: it’s kind of like a marriage made in heaven,” she says of how the two strands of her professional life came together. “I became a professional genealogist about four years ago, and I love television and video. I understand all that stuff – like search engine optimization – from my TV career.

“The videos I produce are free to watch on YouTube and they teach how to research your family history, everything from beginner to advanced,” Knox continues. “Part of subject matter is how to research. I have developed strategies that are unique to me and I share those as well.”

Knox produces two to three videos each month. She says she leans most heavily on Ancestry.com for her educational content, but also uses FamilySearch, My Heritage, Findmypast, and some DNA services such as FamilyTreeDNA and Living DNA.

While people can subscribe to Knox’s YouTube channels for free, she generates revenue when interested subscribers pay for perks and become members. The first membership level gives them early access to Knox’s weekly video releases. A slightly higher level provides that early access along with a handout with details related to the video.

Knox has found YouTube to be a good platform for her content as well as a great promotional medium.

“It gets you out there in a big way. People come to me: I have more work than I can handle. I get revenue through YouTube and I do coaching, where I get on a Zoom call one-on-one with a client, helping them when they get stuck in their research. I also sell products: hats and t-shirts with cute sayings.”

After spending more than three years establishing herself on YouTube while she worked at the television station, Knox is now making her living as a full-time genealogist. Her two channels had more than 53,000 subscribers as of mid-October and together are picking up more than 3,000 new subscribers each month, she says.

Her next milestone is to draw 1,000 subscribers and 4,000 hours of watch time on her videos. She’s on her way.

“I am now in third phase of the growth process,” she says. “I am making 11% growth each month so far this year. My latest video got 6,300 views in the first three days, and my 225 videos (combined) are getting more than 5,000 views a day right now. It’s mind-boggling to watch my business grow.”