For more than a year, YWCA Lower Cape Fear has been engaging with the community with the goal of hosting educational and challenging conversations that bring many community issues to light.

Talk on Race is a monthly program part of the nonprofit organization’s Racial Justice & Civil Rights initiative. It started in 2020 and is spearheaded by JHANIQUA PALMER (pictured), Grandparent Support Network and Racial Justice & Advocacy Program Coordinator. 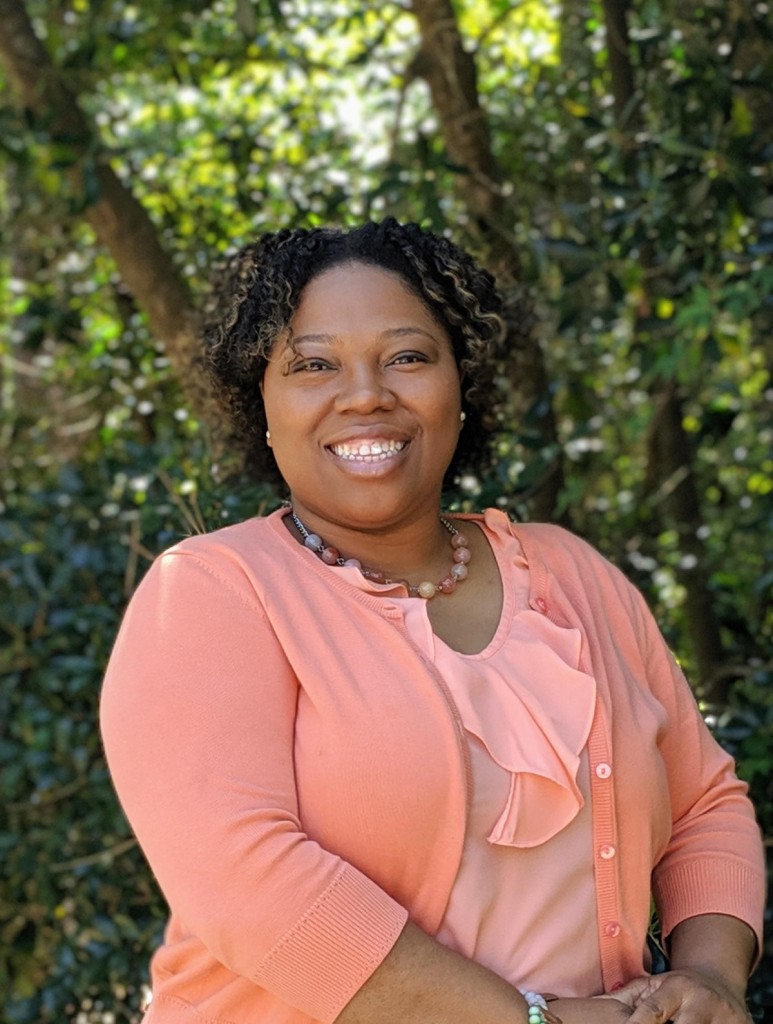 The program began with VELVA JENKINS, CEO of YWCA of Lower Cape Fear, and Palmer discussing the desire to host monthly talks amidst the growing racial unrest following the killing of George Floyd.

“It felt like a lot of people needed to have conversations and people wanted to talk, but they just didn’t know how to start the conversation or where to have the conversation,” Palmer says. “So, we both thought it was very important for us to help our community have some of the conversations that may be difficult to have but are really necessary.”

Each month features a different topic, from women in leadership to reproductive justice to beauty to voting rights.

Topics are decided collaboratively by Palmer, Jenkins, and the Advocacy Race and Racial Justice Committee.

In addition, they also take input from the community, such as the League of Women Voters of the Lower Cape Fear suggesting a conversation on gerrymandering.

Some of the conversations that have stood out to Palmer, who is the host, include a talk on public safety which included New Hanover County Sheriff Ed McMahon, Immigration Attorney VANESSA GONZALES, Associate Professor of Political Science Joseph Jones, and Historian and Antiracism Educator LETTIE SHUMATE.

“I was so nervous because at the time, and still now, when you say the words defund the police, people get up in arms on both sides of the spectrum. I felt like that was probably one of our most controversial conversations,” Palmer says.

The talk included two perspectives, one from McMahon who explained how defunding would decrease training and increase response time. Jones talked about how the police were historically built on a system of white supremacy.

In March, Talk on Race brought together JANE EAGLE HEART JACOBS of the Tuscarora Nation, CRYSTAL CAVALIER-KECK of the Occaneechi Band of the Saponi Nation, and ASHLEY LOMBOY a Waccamaw Siouan to discuss missing and murdered Indigenous women and girls.

“It was so heartbreaking, one of the panelists got involved because her sister was murdered. And I still get goosebumps and teary-eyed thinking about Jacobs and her story and importance of why she’s active in missing and murdered indigenous women in North Carolina,” Palmer says. “And why keeping her sister’s memory alive is important and making sure there are policies to bring these people to justice who are committing these crimes.

“It was a very emotional conversation for me. Right after, I sat in my office and just had to breathe and take in the experience of what just happened.”

Another talk that stood out to Palmer was June’s conversation on “Beauty Redefined” where women discussed ideas of beauty and how women view themselves.

“The conversation shifted to us being confident and comfortable with redefining what we feel like beauty is,” Palmer says. “That was a really fun talk.”

Upcoming topics this year include bringing together the leaders of the YWCA to highlight programming at the organization, as well as discussions on race and media, voting, indigenous culture, and “Youthful Thoughts” which brings together a panel of middle school and high school girls and college women.

With Talk on Race, Palmer hopes that viewers are able to hear different perspectives and realize that while certain conversations may be difficult, and despite their differences, many can find common ground in realizing that they all want the best for their families and communities. She also invites viewers and listeners to contact the YWCA with suggestions or to be a panelist.

“I hope that when people join in and view the talk on race, that they learn something new, see themselves in every conversation, and that it also sparks a change towards equity.”

Talk on Race is live the first Tuesday of every month starting at noon on the YWCA’s Facebook page. Previously recorded talks can also be viewed here.