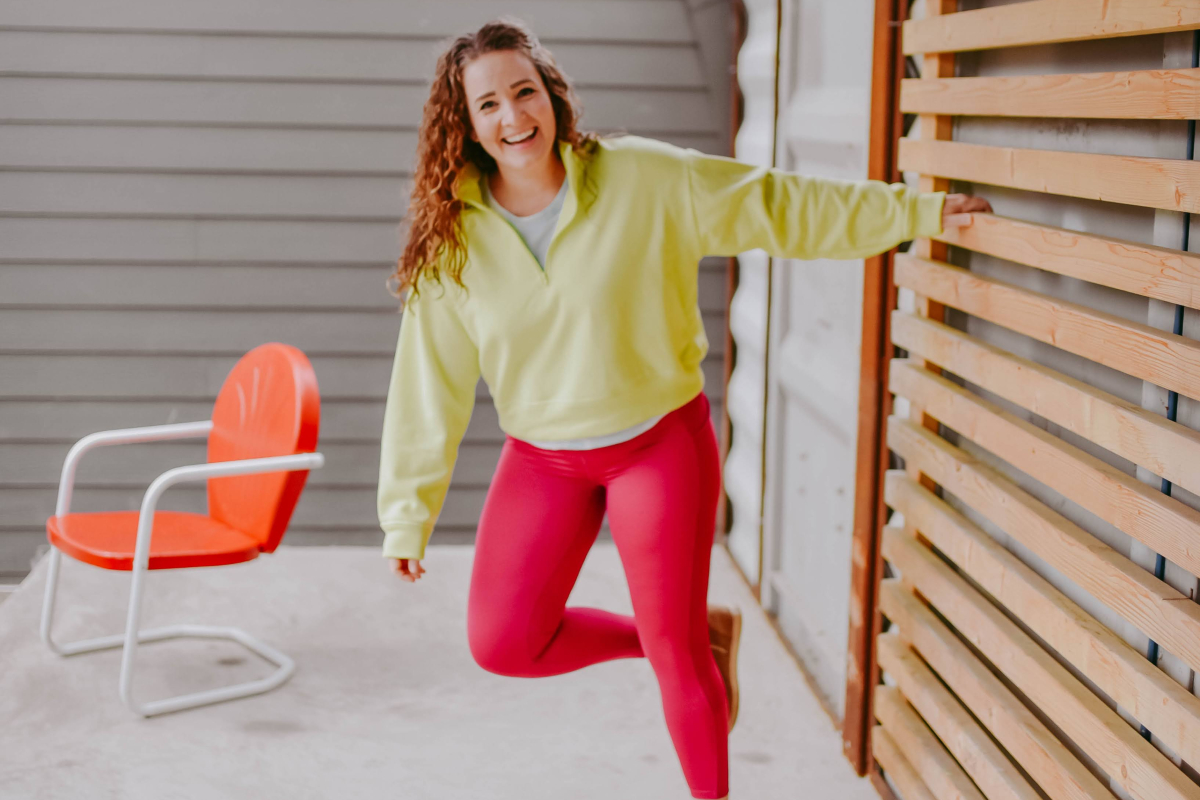 LAUREN BURKE is a business coach who is integrating entrepreneurship and creativity with spiritual practices such as meditation and manifestation in a new group she recently founded.

Burke is the owner of PowerHouseHappy, a life, and business coaching firm. She recently started High Vibe Collective in Wilmington, described as “a community of women identifying creators and entrepreneurs of ILM.”

She previously owned her own bookkeeping business, where she helped manage small businesses’ finances for twelve years.

“I found my way into entrepreneurship in the search for happiness. It became really clear to me that creating my own business, whatever that was, was a path that excited me,” she says. “I’ve always had my hands in a lot of pots – coaching volleyball, marketing, retail, the restaurant industry.”

She decided to start High Vibe Collective with a desire to drive connections between entrepreneurs and creative women in the region who are doing interesting things.

WILMA recently asked Burke questions about starting the group, incorporating meditation, and what to expect from lunches.

WILMA: What motivated you to start High Vibe Collective?
Burke: “Over the pandemic, I had been doing a lot of online certifications/workshops and developed this amazing community of humans that I love through Zoom.  They lived all over. And I wanted that here in Wilmington too.  I knew there were so many amazing humans up to so much cool stuff and I honestly just wanted to make friends with people doing cool things. At the same time as this desire became really clear, I was reading a book called ‘The Power of Fun’ by Catherine Price.  She defines true fun as the intersection of play, flow, and connection.  In the book, she asks the reader to list five times they remember having true fun. I wrote my list out and every single one of them was a time when I was creating experiences. I thought to myself ‘hmm, this is interesting. I wonder what I can create that can lead to making cool friends!’ and here we are.”

WILMA: How would you describe the group? How would you describe someone being “a little woo, a little weird”?
Burke: “The word I think of when thinking about all of the people I’ve gotten to meet through The High Vibin’ Lunches is genuine. It’s been a true honor to watch people show up ready for ‘another networking event’ and then see their walls come down.  It happens because of the energy created from authentic human connection, because of the people who are coming to the events, and because when you show up, you’re walking into glitter, streamers, tie dye, and tinsel, and who can keep walls up surrounded by that!?

Being a little woo to me means accessing the things you won’t find in ‘normal’ business books – meditation, crystals, manifestation practices, tarot, oracle cards.  All of these things are powerful tools to integrate into business and life.  They’re important parts of my life and I want to acknowledge that this is a space for people who want to build their business from a place that feels true to them, whatever that means.  As for the weird part, I love weird. Because we are all weird. We’re not trying to be anyone or anything other than our true selves.”

WILMA: What kind of creator or entrepreneur would benefit most from this group?
Burke: “Our events are for womxn identifying creators and entrepreneurs looking for genuine connections and community rooted in love and support. The good news is, everyone is a creator, whether you know it or not.”

WILMA: The group has an emphasis on empowering and uplifting one another, and incorporates practices such as meditation, why was it important to incorporate this into the group?
Burke: “With all of my clients, as with myself, slowing down is integral in listening in. I believe our physical bodies hold our answers and when we are able to tap into that we can get into action that feels good. Meditation is one of those things I hear people say, ‘I want to do, but I’m bad at it.’ Or ‘I want to do it but I don’t know how.’ It is an honor to create space for people to show up for themselves. There’s also a trick I learned…if I need it, someone else probably does too.”

WILMA: What can participants of the High Vibin’ Lunch expect from the event?
Burke: “Cool people up to awesome things.  We have speakers from our community sharing their stories and tools.  And we have crafts…and glitter. I joke I want to be a Christmas elf when I grow up and I’ve found that creating these events has allowed me to tap into that child-like magic and creativity to curate an experience that is fun, bright, and joyful.  There are also logistics in place to cause quick, authentic connection.”

WILMA: Anything else you would like to include?
Burke: “The High Vibe Collective isn’t about having it all together. It’s about showing up, exactly as you are and knowing that you matter. And if you forget that, someone (probably more than one person) will remind you with a question or a hug, or a request for a coffee date.  We’re big on coffee dates at The High Vibe Collective.”