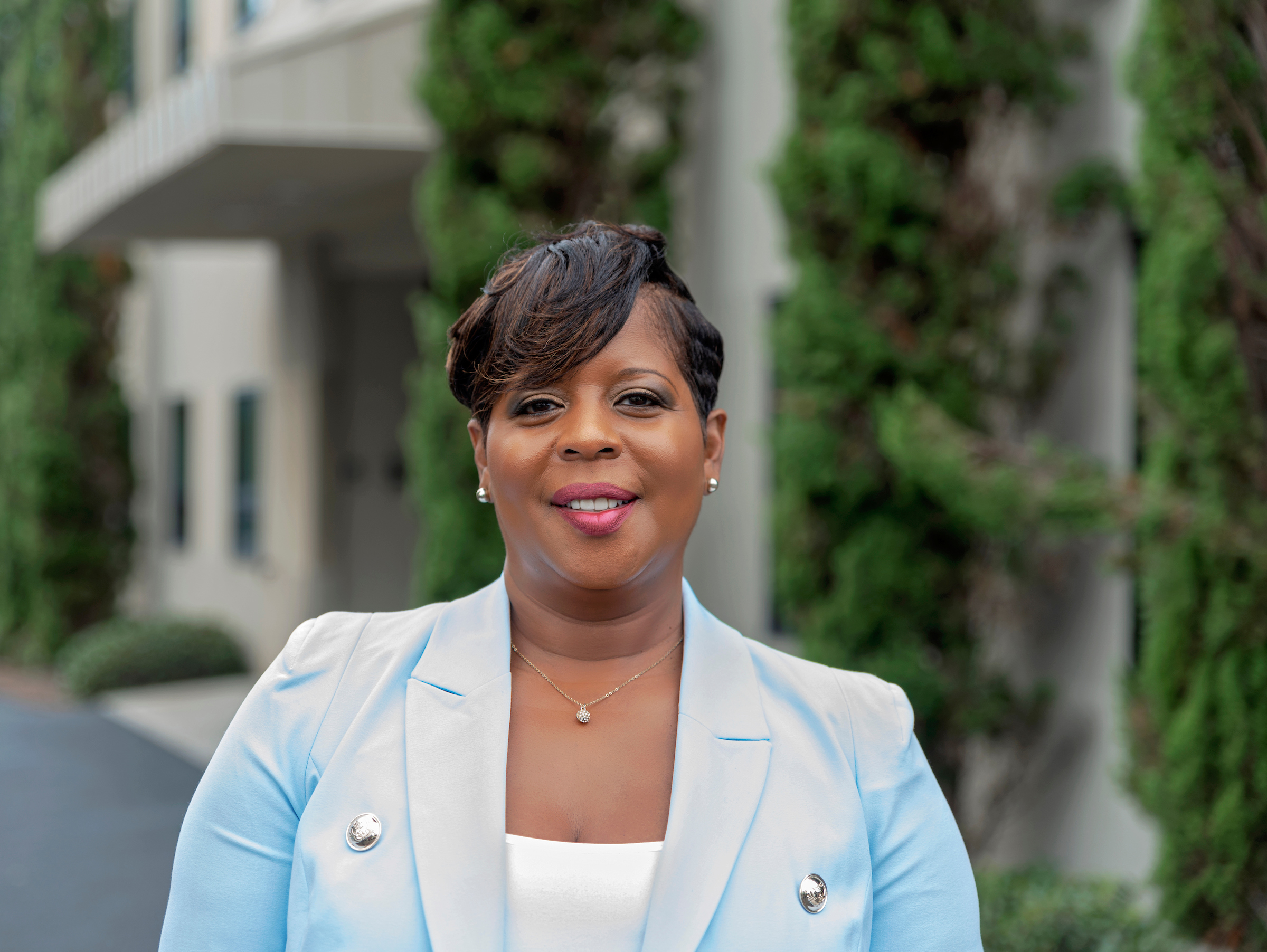 Numbers have always held an allure for TAMMIKA BROWN, and eventually, they added up to a career for her.

It’s not every young girl who finds joy in reconciling checking accounts, for instance. But as a youngster, she did.

“Back in the days when banks sent out all the canceled checks with monthly checking account statements, I used to reconcile my parents’ bank account. I couldn’t wait for that envelope to arrive so I could put all those checks in order,” she says. By the age of twelve, she had her own checking account, which she managed.

Brown recalls that on family car trips south from her native Connecticut to visit family in North Carolina, her father would make up games that involved math.

“We’d be on a busy highway and he’d say, ‘How much money would we have if we got two dollars from each of these cars?’” she says. “So I didn’t realize I was fascinated by numbers when I was younger, I just knew what I liked to do, and it always circled around numbers.”

Brown had a powerful example: her mother, who started as a bank teller and moved up the banking ladder to a position as vice president.

Brown’s family moved to the Cape Fear area when she was a teenager. She attended North Brunswick High School and then headed off to Bennett College in Greensboro. She debated whether to major in business or in accounting, but ultimately chose the latter.

“I studied accounting, watching how money could grow through compound interest, through putting money in the bank, in the stock market: things that allow those numbers to grow,” she says.

Brown’s first job was as a night auditor at the Hilton Wilmington Riverside (now Hotel Ballast) in Wilmington. Within a year, she became an accounting clerk in the executive office. But in late 2001, her path took a slight turn when she became an accountant for a small business. She says the work was engaging because she could see the whole picture of the business’ finance.

“In a large corporation like Hilton, you can just write checks all day, but you have no access to the bank account to really manage the funds. Once I transitioned from a big corporation to a small business, I realized the small business sector was really hurting. (The owners) have this passion for what they do, but numbers and finances are not necessarily their thing.”

In her first foray into small business accounting, Brown says she was able to really manage the finances of the $2 million company. Her know-how saved the company a significant amount of money, she says.

She replicated that experience with another small business and then decided she was ready to open her own shop– an accounting and tax firm aimed at helping small businesses solve problems.

She launched Tammika C. Brown Accounting and Tax Service LLC in the fourth quarter of 2016.

“Before I started my own business, I was coming across a lot of small business owners who were having trouble with tax issues and paying a lot of money to CPAs and not being educated about taxes or accounting,” she says. “They didn’t know why they owed money. I knew I could help them reduce their tax liability.”

For example, she notes, companies that have lost business during the pandemic could well see some tax benefits.

“Businesses that are not doing well need to keep up with their income and expenses for the year,” she says. “If you have a contract with another business, and that contract was canceled, keep that information and tell your tax professional.”

In less than four years, the number of Brown’s clients has multiplied to about 250. Some of these small businesses come to her only at tax time, but others she serves year- round, handling bookkeeping, analyzing business transactions and keeping track of income and expenses.

She makes sure her clients are paying their quarterly estimated taxes so there will be no surprises when tax time arrives.

“I work a lot. I have grown the business, nurtured the business with my own hands. Fortunately, when I started my own company, I knew enough about business to start my own without mentors or coaches,” she says.

It’s stressful work, and Brown says she balances it with running.

“I do love to run and have been a long-distance runner for seven or eight years,” she says, adding she often chooses to run on Wrightsville Beach, which is near her office off Eastwood Road. She also competes in half-marathons.

She also finds personal and professional support from being part of the Wilmington chapter of Women in Networking, whose members help each other through business referrals, education and camaraderie.

Brown, a former member of the Community Boys & Girls Club, is also a new member of the YWCA Lower Cape Fear board. She says it’s a good fit for her: “Empowering women and eliminating racism is right up my alleyway.”