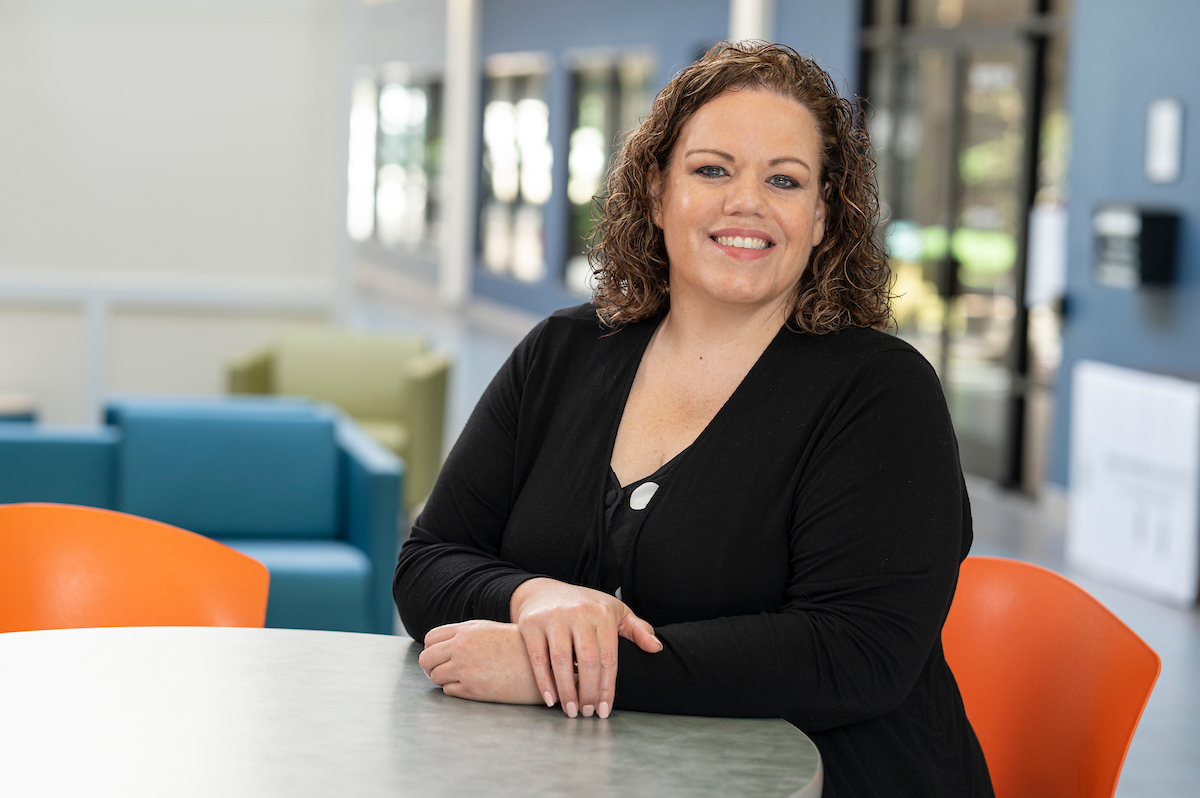 ANNA MCRAY joined the New Hanover County Emergency Management department as assistant director just after Hurricane Florence in 2018, bringing fifteen years of experience at the county and state levels in her native Virginia. But her career in emergency response began much earlier.

“I became an EMT at 16, and finished my Advanced Life Support training at 18,” she says, explaining that she brought her paramedical experience – which involves coordination with multiple partners – to emergency management.

“It’s like being an orchestra conductor or a stage manager for a major Broadway production: you help others reach their objectives,” McRay says of emergency management.

McRay describes herself as a lifetime student, learning about all aspects of her field. Most recently, she has become certified by the Emergency Management Institute, which certifies her through FEMA in advanced emergency management.

She also earned certification through the Executive Fire Officer program. Already armed with a bachelor’s degree in emergency services management and a master’s in disaster sciences, she’s now working on a second bachelor’s in cultural anthropology and is pursuing a doctorate, her studies focused on community responses to disasters.

“We (at NHC Emergency Management) are supporting those agencies that are boots-on-the-ground responders; we get everyone to work together. We practice on blue-sky days so when we have gray-sky days – when that storm comes – it’s natural to work together,” McRay says.

The county’s Emergency Management Department has teamed up with its counterpart for the city of Wilmington and folds in the units from Carolina Beach, Kure Beach, and Wrightsville Beach to ensure that plans are thorough and coordinated.

“We have a program called Ready NHC, which focuses on (creating) a general awareness of all kinds of hazards to plan for and respond to,” McRay says. “We try to do outreach through homeowners’ associations. We include our community partners – folks that run the hotels, rental agencies on the islands – as part of this conversation, and we get handouts to realtors that take care of those short-term rentals. We have a great partnership across the board with the National Weather Service, the fire departments, and the Sheriff’s office.”

Ready NHC isn’t just about storm preparedness, although making a plan, building a kit, and staying informed if disaster looms are key elements of being prepared and resilient. McRay says that the public needs to know how to respond to anything from alligators and wild animals they come across to rip tides and wildfires. But at this time of year, attention is naturally focused on how to prepare for and react to hurricanes.

“Part of our public education focus is telling people not to focus on the category of the storm,” she says. “Florence was only a Category 1 but it hung out for three days and rained on us. We want people to become more aware of flooding hazards. Another big thing: don’t zero in on the number of storms. It only takes one storm to make a difference, whether it’s a Category 1 or Category 5.”

Major storms bring power outages that can mean expensive food spoilage and especially severe problem in poor neighborhoods. NHC Emergency Management coordinates with New Hanover Disaster Coalition to cover what McRay calls the “last mile” of getting food and other supplies into the hands of those in need.

Ready NHC also addresses problems of people who need to evacuate, especially to a shelter, and have livestock or pets. An animal disaster emergency group helps people plan in advance how they will manage their animals.

Children are another concern in shelters, McRay notes.

“Part of Ready NHC is kids: how to make the shelter experience, which is no fun, less traumatic for kids and helping their parents be better prepared for it. Reduced stress leads to reduced ACEs (Adverse Childhood Experiences).”

The NHC Emergency Department will host a Survivor Day on July 10 to discuss general preparedness. It’s a pilot program, so organizers are starting small: there’s space for 150 people at the session, which takes place from 8:30 a.m. to noon on Cape Fear Community College’s North Campus.

“The first 100 folks who register (through Eventbrite) will get a bag for disaster supplies so they can build their own kit,” McRay says. “We will start them off with information, and give them templates and ideas. The goal is to do all of this and never need it.”