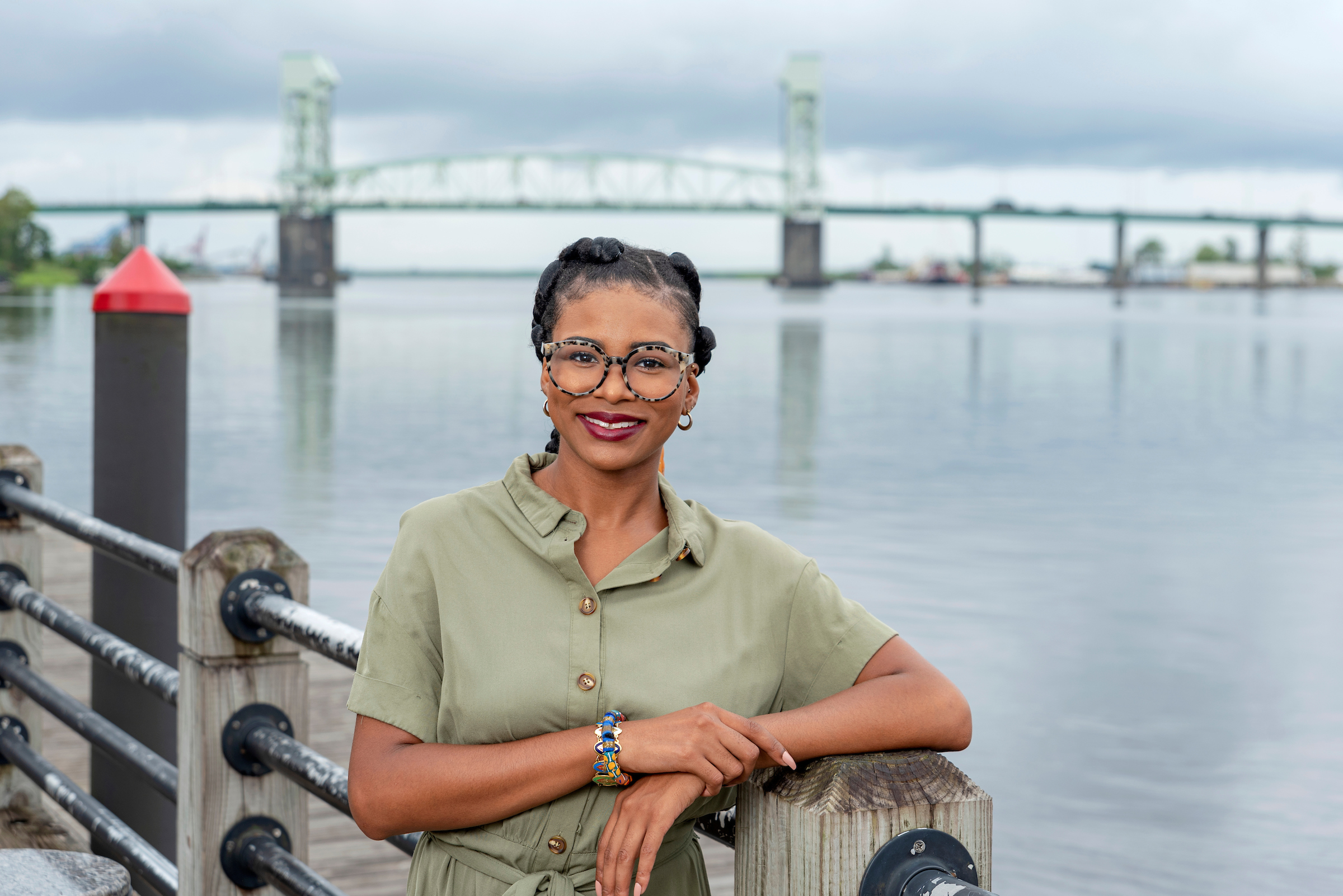 Many of us are learning to find opportunities in challenges these days. ELIZA MILLER did that years ago, and while it was personally difficult for her, it has led to a new career path and a way to connect with her Wilmington community.

Miller is one of the co-founders of Port City Urban Doulas, a team of doulas, each individual business owners, who together educate, support, and empower underrepresented communities in Wilmington by providing a high and equal standard of care for all families and birth workers of color.

A report in the North Carolina Medical Journal states, “North  Carolina  continues to make strides in the reduction of maternal mortality,  however,  the  Black-White  disparity  in  these  deaths  remains, with Black women nearly two times more likely to die than White women.”

She’s a community activist, helping with the “infant mortality passport,” a partnership between local hospitals, Women, Infants, and Children (WIC), La Leche League, Port City Breastfeeding Project, Chocolate Milk of Wilmington, and other organizations addressing birth and infants, to resolve some of the disparities around infant mortality and related issues.

The passport addresses pregnancy and birth but works with the entire family.

“We want to make sure that we’re creating a strong foundation for black families who can continue to succeed,” she says of her work.

Miller recalls her life-changing event, when she learned she couldn’t have children. She has five siblings and 14 nieces and nephews. She’d always been the person with outstretched arms, waiting for a child to be placed in them. She’d envisioned having children.

“It was a hard blow for me personally, but doing a lot of meditation and healing, in my own journey of self-reflection I discovered doula work,” she says. Becoming a doula is the beginning of her path to become a midwife. She’s currently studying to become one.

According to DONA International, a doula is “a trained professional who provides continuous physical, emotional and informational support to a mother before, during and shortly after childbirth to help her achieve the healthiest, most satisfying experience possible.”

Miller came to Wilmington from Memphis and became a doula three years ago. She then established With Love, Eliza Jean. Her company helps women, partners, and growing families through fertility, conception, pregnancy, and birth through services such as coaching, education, and unbiased support. She named the business after her grandmother, Eliza Jean Miller from Wilmington, who she is also named after.

Early in her doula work in Wilmington, Miller noticed the communities she was serving had more white mothers-to-be than African Americans. She was the only African American doula in Wilmington. She began to seek out doulas of color. It turns out they, too, were seeking them out.

“We were all looking for each other,” she says. “So, we had that moment where, ‘I see you, you see me’ and we gathered together.”

PCUD started last year with Miller serving as the sole doula of color. Today, there are six, thanks to PCUD’s efforts to inform and educate people of color in the community about becoming a doula and providing scholarships, information and support to allow them to get the needed training and education.

“We’re hoping to continue to increase those numbers,” she says.

“A lot of people think doula and they think the birth world,” Miller says. But there are different services doulas provide, such as postpartum and placenta encapsulation. Miller, herself, is a yoga teacher who offers perinatal yoga classes.

Miller explains doula training varies depending on how a doula wants to support parents- and families-to-be.

It could be a week of intense training with studying and certification exam, as well as attending a certain number of births, postpartum visits or other requirements.

“It’s awesome that we have such a variety we can support the communities in so many different ways.”