Olivia Rice on supporting breastfeeding in the community anytime, anywhere 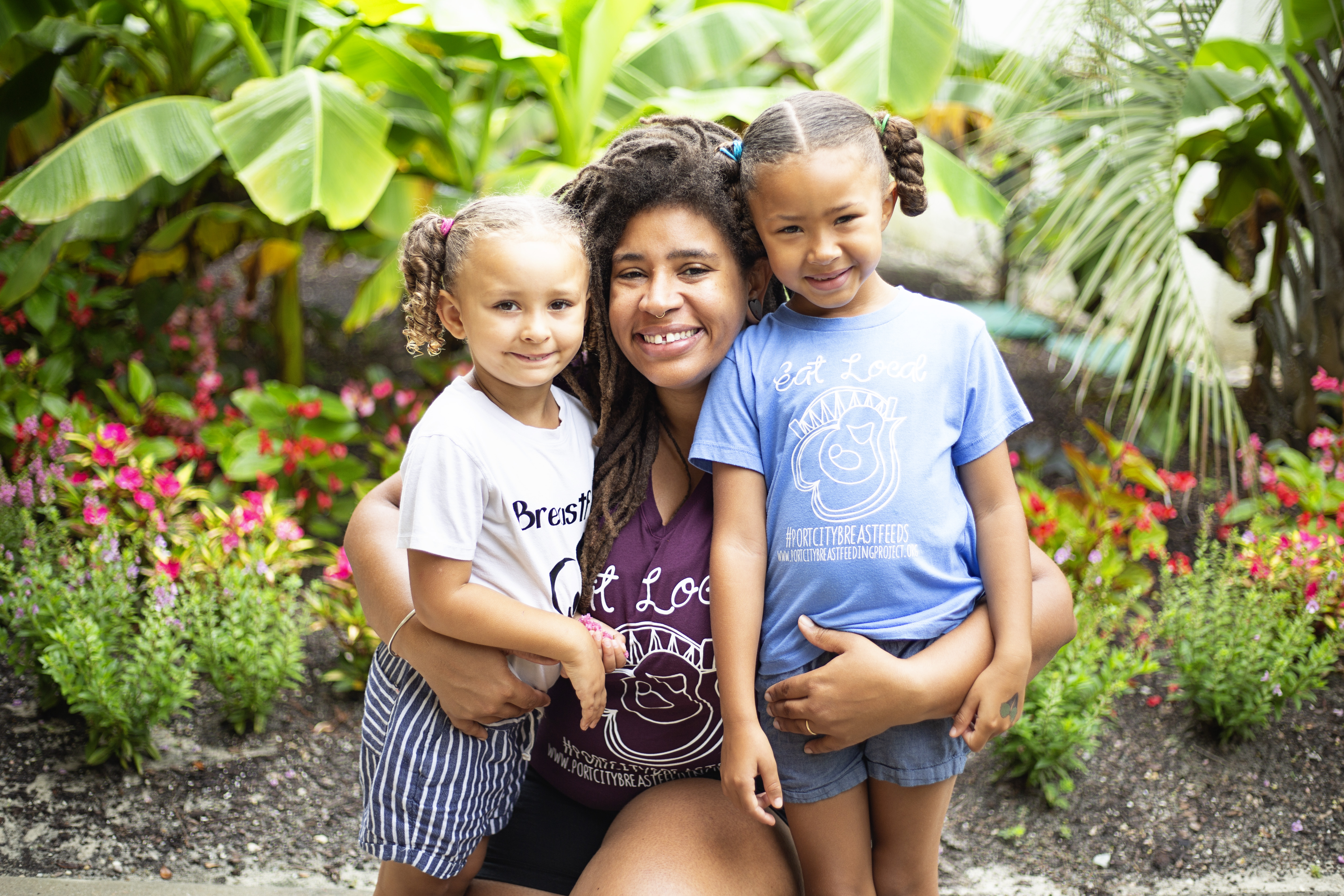 Artists are enthralled with it. Historians document the way it alters the plights of great countries. Psychologists study its impact on adults’ lives. It’s an oft-used trope in the literary arts. Parenthood.

This special bond is at the core of OLIVIA RICE’s work. Rice became chair of Port City Breastfeeding Project (PCBP) in 2019, is an International Board Certified Lactation Consultant (IBCLC), co-founder of Chocolate Milk of Wilmington (CMW) and a La Leche League leader.

PCBP is a local organization comprised of parents and perinatal professionals dedicated to supporting and normalizing breastfeeding throughout Wilmington and the surrounding areas. Rice says the organization also provides access to lactation resources and promotes equity and diversity within their breastfeeding community.

CMW provides breastfeeding support to black families in the Wilmington area by providing online support, in person meetings (pre- COVID-19 pandemic), phone support, and an online forum for peers to support one another. It also hosts events such as an annual celebration for Black Breastfeeding Week.

Rice, a married mother of two daughters, is originally from San Diego and has lived in Wilmington for about six years.

“I was a parent who encountered difficulties with breastfeeding and wanted to know how I could help encourage and support more parents who were in the same boat as I had been,” she says of her involvement. “I wanted to help make a difference. The group helped me get more involved and become a true advocate for parents in this community.”

She says PCBP was formed by concerned parents whose goal was to “ban the bags,” or rid New Hanover Regional Medical Center of the formula gift bags given to new parents at discharge after having a baby. PCBP hoped to instead help parents who decided to breastfeed and also to help slow what they saw as the “aggressive marketing used by formula companies to sell their products.”

“When I became chair in 2019, I decided that the organization needed to have more community involvement,” she recalls. “By asking the community what they would like to see, paired with my own ideas, we came up with a plan. The plan was to meet underserved populations where they were at by having peer counselors do home visits. Support is what most parents need to succeed with breastfeeding and this program would provide just that. The peer counselors could then have professionals involved when an issue was out of their scope of practice.”

Those involved with the organization knew this would be a tedious and costly goal, so they sought a nonprofit status in order to apply for funding such as grants. The organization received its letter of approval in March.

The goals of PCBP is to promote, protect and support breastfeeding and to improve access to lactation services and community support by removing barriers.

Some of the ways they achieve this are: providing breastfeeding and birth resources and a community calendar of breastfeeding events on their website; supporting CMW financially; hosting a twice-yearly breastfeeding photo shoot fundraiser where parents can have their photos taken by a professional photographer; providing scholarships to community members to attend lactation conferences; and advocating for parents’ rights to breastfeed anytime, anywhere.

While PCBP isn’t currently hosting regular meetings due to the pandemic, they have been keeping up with breastfeeding groups and community support meetings online.

“These meetings have been a godsend during this time of uncertainty when parents have needed support more than ever,” Rice says, adding their community averages two to three meetings a week through La Leche League, Breastfeeding USA, Chocolate Milk of Wilmington, New Hanover Regional Medical Center and multiple private practices (available to the public on a registration basis).

She enumerated a few: “It protects mothers and babies against illness and disease. It is the perfect food for a child, each mother makes a different milk that is tailored to her child. And although health and wellness (are) the basic reason for breastfeeding, to me, the most beneficial aspect is the bonding that occurs during the act,” she says. “Studies show that women who breastfeed their children longer exhibit more maternal sensitivity well past the infant and toddler years. Bonding happens when the parent and child are close a majority of the time.”

“The parent is in tune with their child’s needs which creates a sense of security for the child that lasts a lifetime and deepens the sense of responsibility and love for the parent,” she adds.

As Robert Browning says, “Motherhood: All love begins and ends there.”