Lauren McKenzie to take on role of executive director 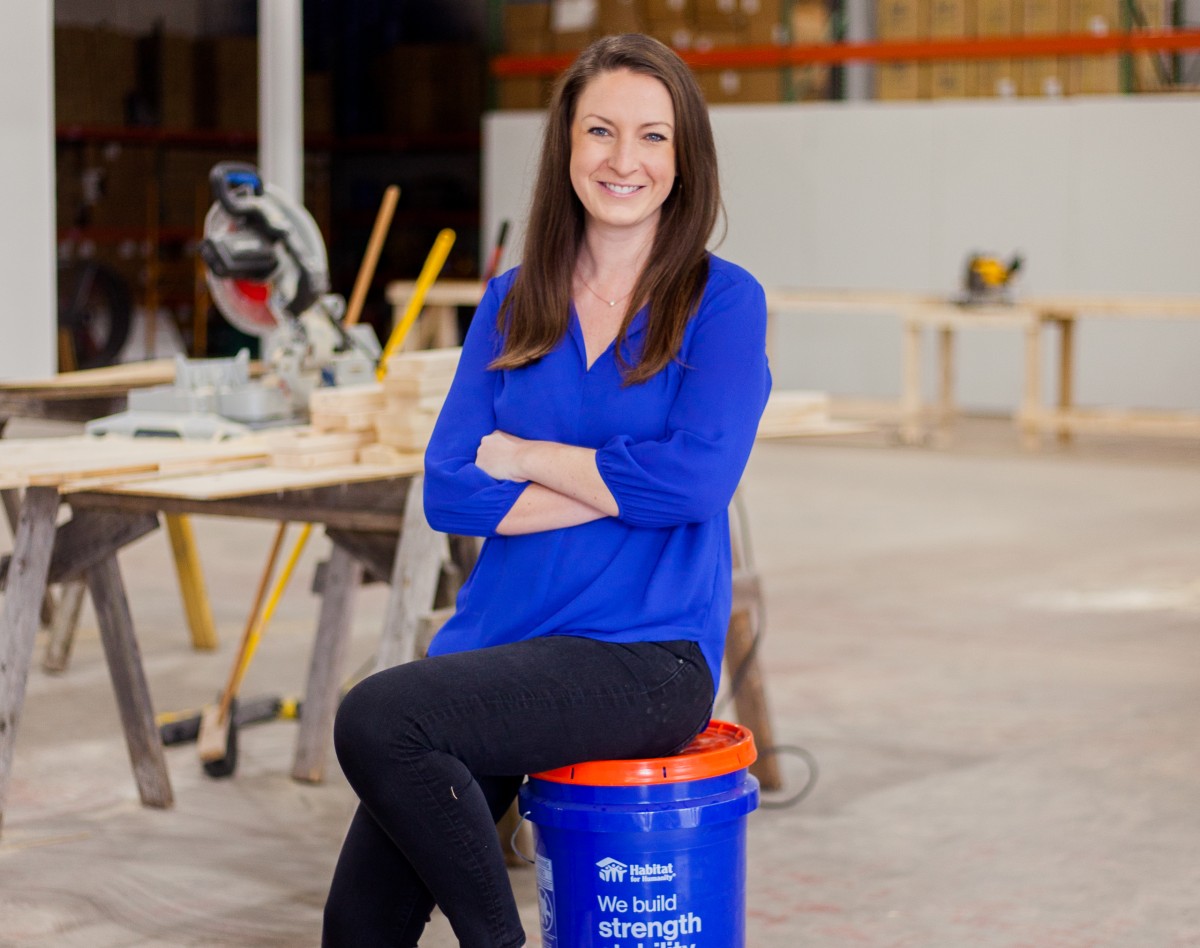 LAUREN MCKENZIE’s parents taught her the greatest accomplishments in life are marked by how one serves others.  She will put that into action as she steps into the role of executive director of the Cape Fear Habitat for Humanity.

After graduating from North Carolina State University, McKenzie dove head-first into a career as a certified public accountant.  In 2017, after completing her seventh tax season, she received a phone call that would change the trajectory of her life.

“I did not realize what was missing until my phone call with the controller at Cape Fear Habitat for Humanity. Her passion and dedication to the organization for 18 years sparked a desire to have that type of career path – a career where I could make a lasting impact on my community and serve others,” McKenzie says.

McKenzie knew she wanted to make an impact in an organization and community as a whole. Luckily, the opportunity presented itself and she was hired as Habitat’s controller that summer. That role quickly evolved into the director of finance and operations.

McKenzie’s finance knowledge had a significant impact on the operations role in working to “revolutionize the community.” When Hurricane Florence hit, it became most apparent how dollars translated into action.

“While home repair was not our core mission, we had to adapt to the overwhelming need in our tri-county service area (New Hanover, Pender, and Duplin counties),” McKenzie says. “As director of operations, I was tasked with the development of a new natural disaster response program, the Cape Fear Habitat REBUILD program.”

McKenzie put her knowledge into action with initiatives like Habitat’s Women Build where a home is funded then constructed primarily by women on a female-friendly worksite.

This event takes place the week before Mother’s Day in May and it is McKenzie’s “Passion Project.”  Since Habitat had to cancel its Women Build in 2020, this year, it will build two houses honoring and empowering women.

“It connected me to our mission, but it also spurred me to want to try new initiatives and make those happen in a leadership role,” McKenzie explains.

When current Executive Director Steve Spain shared his plans for retirement in April McKenzie knew she was ready to step into that role. With “his openness to this transition and the support of our board and management team,” McKenzie began to lead the creation of Habitat’s new strategic plan.

“Our five-year strategic plan is the culmination of the dreams our staff and board have for this organization,” McKenzie explains.

Habitat’s plan includes using more sustainable construction practices and creating more community partnerships. This has already been set into motion with Habitat’s relocation of its administrative office, combining it with its construction warehouse.

“It reflects all that we are trying to do. We have an indoor space for our volunteers to allow the builds to keep moving despite the weather, as well as a space for our homeownership and financial education component,” McKenzie describes.

Bringing the community together is always a major part of Habitat’s mission, and new initiatives continue to make that a priority.

“A lot of people in our community look for a way to get connected and they hear about our different initiatives and can see themselves as part of that,” McKenzie says.

The newest initiative, Playhouse Project, will be an event on April 30 at Long Leaf Park, following all COVID-protocols where teams of six to eight work together to build, paint, and decorate full-size wooden playhouses to donate to a child.

Habitat plans for a bright future ahead with McKenzie at the helm who credits her team with empowering her to make the transition with ease.

“I would not have believed that the CPA who started out in a cubicle crunching numbers would be leading one of the strongest nonprofits in our region,” McKenzie says. “I am truly honored by the faith our board has put in me to lead us into this next phase of building homes, communities, and hope.”