Dell Allen on her journey to North State Bank 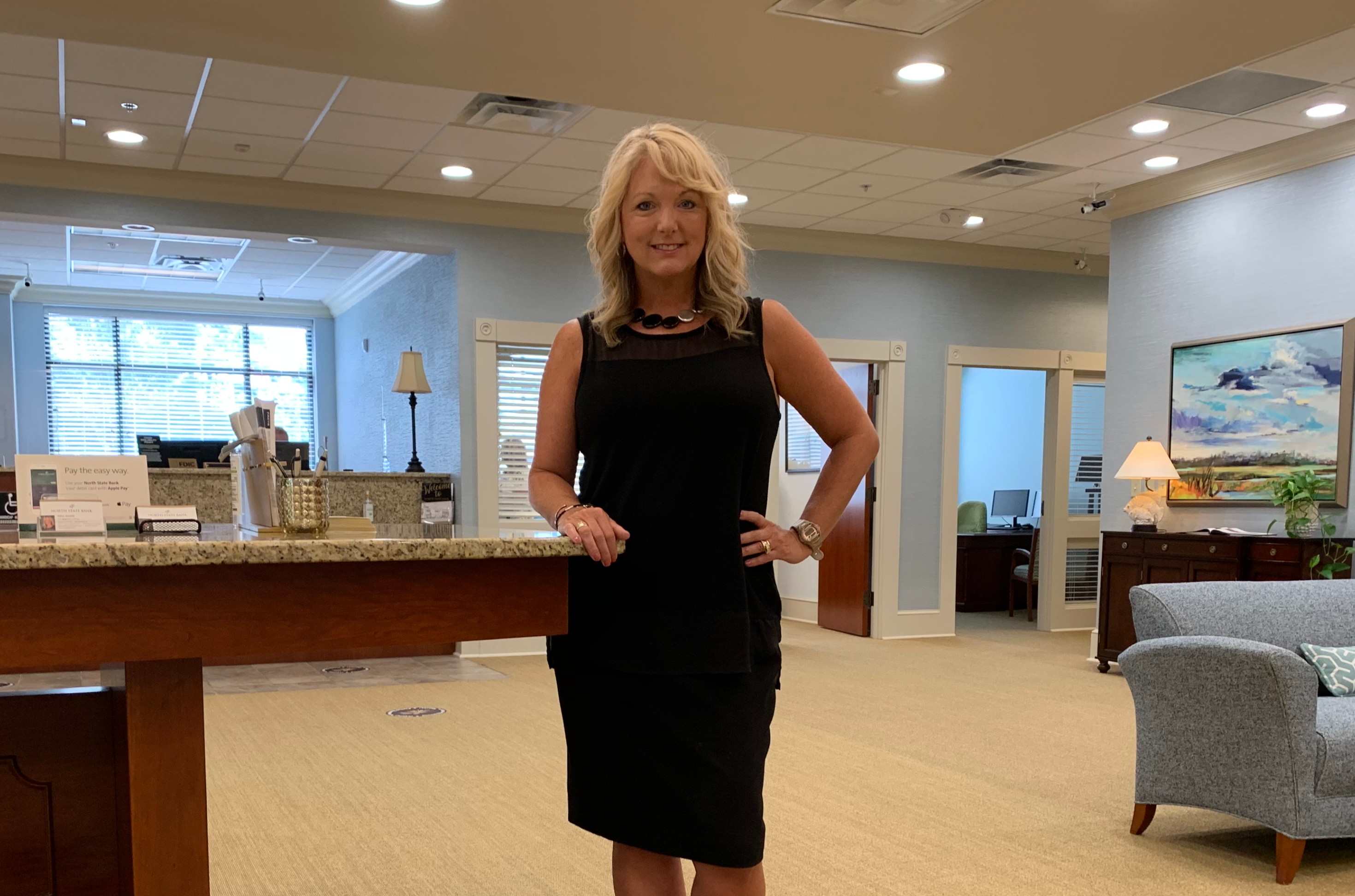 DELL ALLEN finds joy when a client walks into her office at North State Bank and begins the loan process. Over the 31 years Allen has been in the banking business, it never gets old to her. She says she has a passion especially for people who are buying their first home.

“I thoroughly believe that it is still the American dream to own a home,” she says and that’s why she loves what she does.

Born in Wilmington, the Hoggard High School graduate never saw herself being in the world of banking and mortgages.

She majored in fashion merchandising at Miller Motte College and wanted to become a buyer for a retail chain like Belk or Sears.

After jobs at Sears and a very brief stint as a flight attendant for Piedmont Air, (she laughs that it did not work out because she discovered she hates to fly) she returned to Wilmington and went through a temporary agency to get a job.

“I was placed at Citizens Federal Savings & Loan and mortgages for home buying became a passion right away for me,” says Allen. “For people to find the home that they want to buy and to be able to get them into that house is very special.”

Allen is also honest that the home loan process is not always easy. She says she is upfront with her clients about budgeting, having emergency funds, and being well prepared to buy a home. Her role as mortgage loan officer at North State is one she loves because she has the opportunity to see a new beginning for client’s that work with her.

“The reward for me is to see them go off into their new beginning, opening that new chapter so to speak,” she says.

In her downtime, Allen is at her own home spending time with husband Andy and her sons Max and Mason. She loves animals and in the past has assisted in holding a fundraiser for local animal rescue, Paw’s Place.

Like everyone else, COVID-19 has affected the banking business as well. You will find Allen and company wearing masks to protect clients as well as bank employees. On the corner of her desk, you will find small bottles of hand sanitizer.

Looking back, Allen says strong women have played a role in her life. Her grandmother was an inspiration growing up as she served faithfully as the church organist for many years at Centerville Baptist Church.

Allen says that her mother GINNY was the person who pushed for her to continue her education after high school.

“I wanted to go to work and my mother insisted that I have more education,” she says.

The two made a deal and Dell would follow in her mother’s footsteps and attend Miller-Motte College.

Upon arriving as a temporary employee at Citizens Federal, she says she feels fortunate to be placed into the hands of PAULA TURNER, a longtime Wilmington area banker.

“I learned so much from the strong women that have been in my life,” she says, adding that she believes women are indeed stronger today than in years past.

“I would say to any young woman who wants to get into business, to not give up, but to learn as much as you can and never underestimate yourself and be that inspiration for others.”