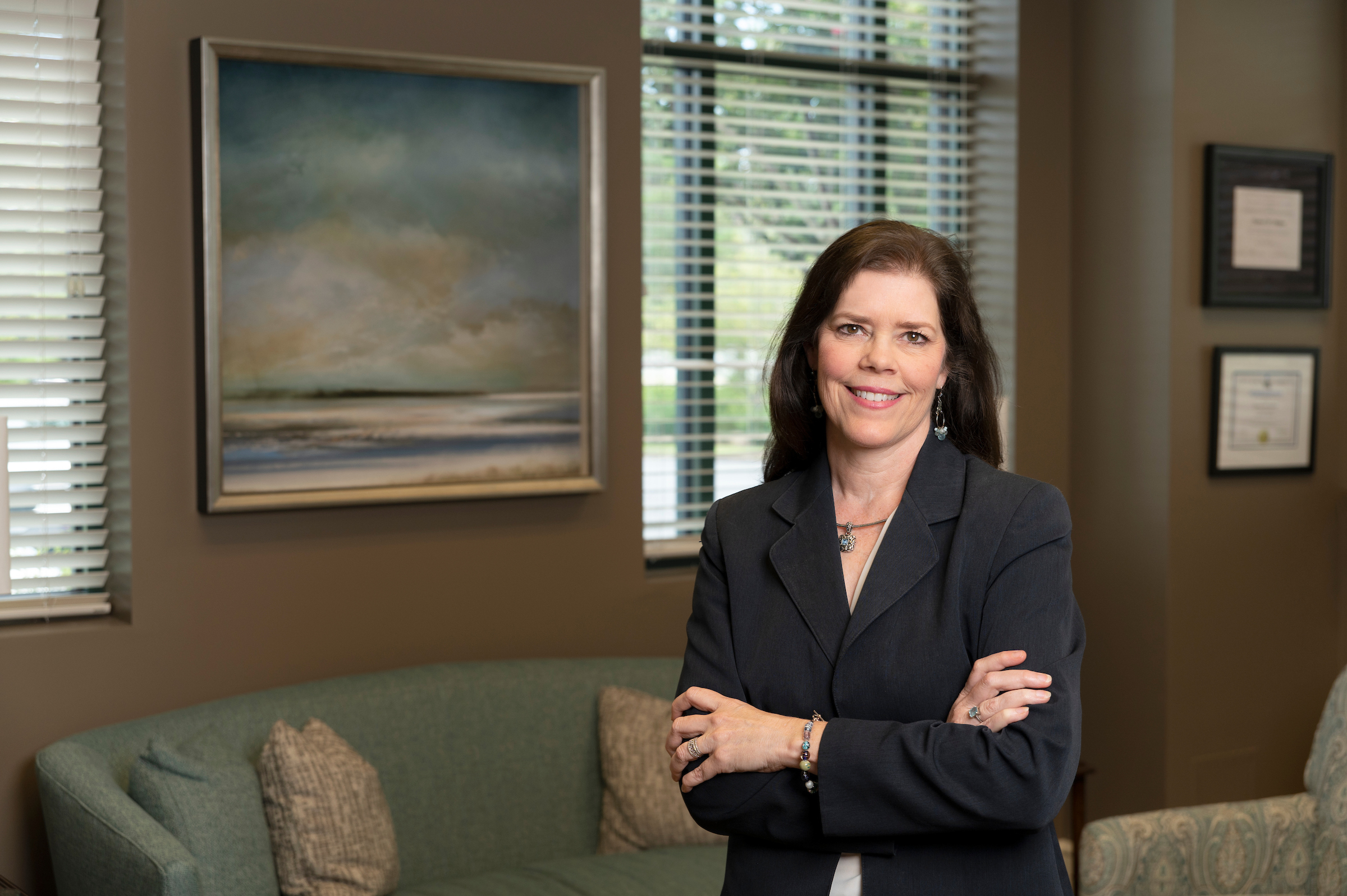 “I’ve been a supporter of WBD for many years,” Sells says. “It’s an organization easy to be passionate about. It’s the best value in economic development in the state.”

This is Sells’ sixth year on the board and her thirty-first year in the banking industry. She has already served as treasurer of WBD and as vice president under president emeritus Bill Cherry.

“I’m coming behind such great leaderships,” Sells says. “It’s a little daunting to step into that role . . . but I love the organization enough to say, ‘I’m up for the challenge.’”

Sells is dedicated to the WBD’s mission, to assist the greater Wilmington business community and to make companies’ expansion and relocation efforts seamless.

When listing recent WBD successes, Sells references projects such as Duke Energy’s selection of a Blue Clay Road property for the company’s Site Readiness Program, as well as advancements to Pender Commerce Park.

“I know the level of professionalism and impact a staff of five has over there [at WBD],” Sells says. “I’m just the cheerleader on the sideline, motivating and pulling for the team.”

Sells’ sports metaphor is no surprise since she worked in sports writing before exploring the banking industry.

“I thought I would stay and get a little experience and then go back to sports,” Sells says, “but I just fell in love with the work.”

She has been at North State Bank in Wilmington for twelve and a half years.

“We are the only office outside of Wake County,” she says. “I spearhead the company in the coastal region. We bank customers from Jacksonville all the way to the South Carolina line . . . We’re able to personalize banking based on financial needs in our community.”

Sells explains that banking is an industry that has been exceedingly busy since the COVID-19 outbreak. North State Bank has very actively accepted loan applications as part of the Small Business Administration’s Paycheck Protection Program.

“It’s real, tangible work for bankers to help systemically and with important fields to keep people working,” Sells says. “We’re going to come through this much stronger than the beginning of the pandemic.”

People continue to move “in droves” to the Wilmington area from Northeastern US, bringing both new businesses and new customers, Sells explains.

“I know that we’re going to see, and we’ve already seen, an uptick in requests for info and requests for proposals to relocate to this area,” she says.

As chair of WBD for the next two years, it is Sells’ priority to support the organization to ensure those requests will result in new business while growing and preserving the environment and ecology of the Wilmington area.

To attract local talent, WBD will continue to deepen 55 years’ worth of partner relationships under Sell’s leadership.

“We have great collaborations with UNCW and CFCC, for example,” Sells says. “We put all those individual players together, and that’s what Wilmington business does so well . . . We’re going to shine because we have an incredible network in this area that makes it easy to bring a whole package together.”