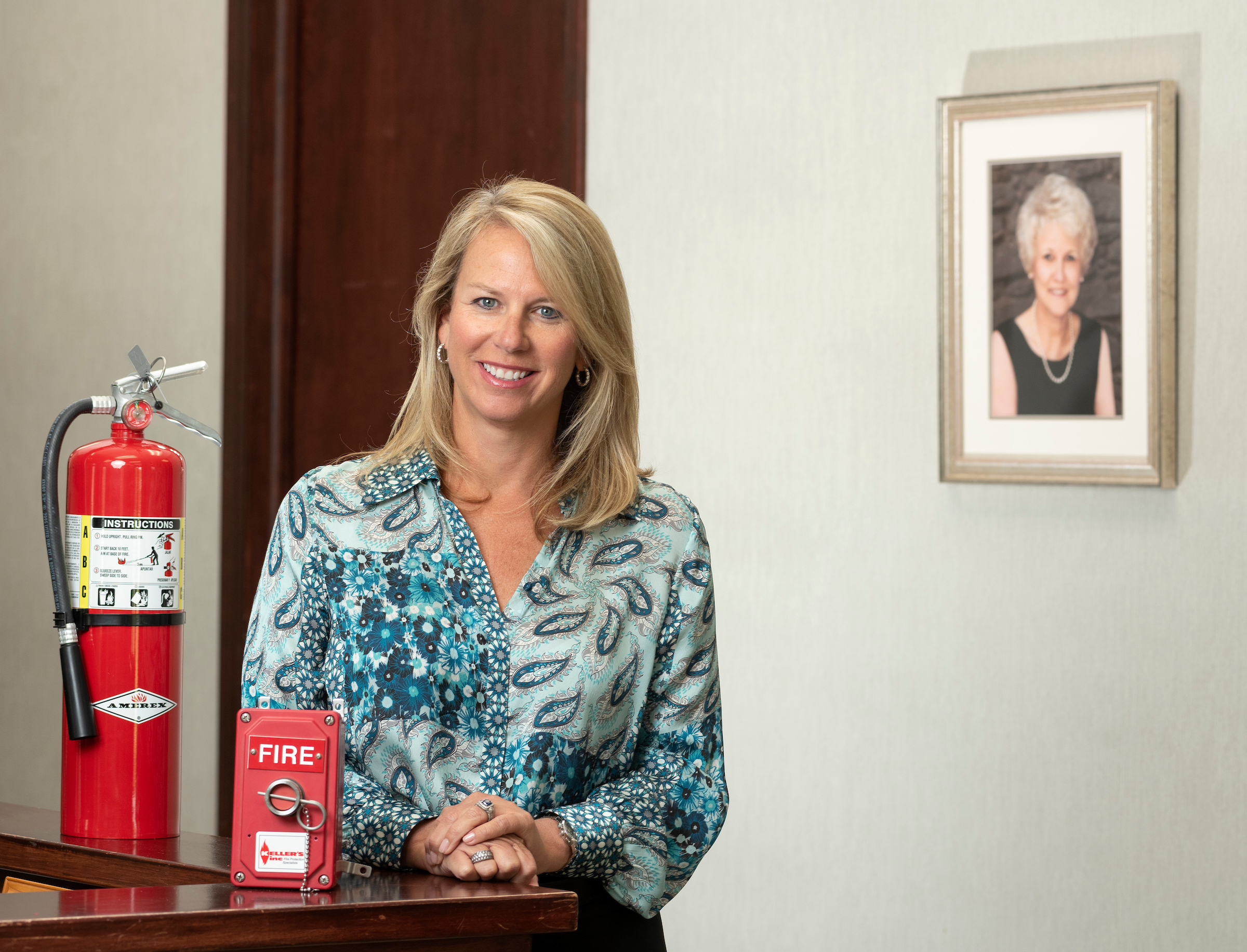 STELLA KELLER BLACK has spent her career helping to prevent blazes as well as blazing trails.

Keller Black has been with the family business, Keller’s Inc., for twenty-eight years. It provides fire protection systems to several industry sectors all over the world. It’s a Wilmington-based company her parents started in 1973.

After sharing the reins with her sister ATLANTA MARIE CARRERA since January 2018, Keller Black bought out Carrera this past January and has been “navigating my new world, solo,” since then, she says.

Carrera, meanwhile, has gone back to art school, to pursue a path that has long been beckoning.

As the new CEO, Keller Black has a deep understanding and appreciation for all aspects of the fire prevention business. And she learned much of what she knows at her mother’s side.

Her mother, PATRICIA LINDSEY, was at the helm for thirty-three years, with Keller Black and Carrera joining the company while they were still teenagers. Both learned the company from the inside out.

“I grew up in the business,” Keller Black says. “After high school I went to UNCW’s Cameron School of Business. I took classes and was working, but my mother advised me, ‘You can learn more by watching me at my desk than you can in class.’” So Keller Black left school for more intensive on-the-job training.

Lindsey, Keller Black says, became a leader in an industry dominated by men.

“She was a pioneer as the owner of a woman-owned business, and she was my mentor. Our product lines are very complicated and we’re very engineer-heavy, Keller Black says.”

Lindsey wasn’t an engineer, but she had acumen, and had her own role model: her mother, who ran Wilmington’s Taylor Dairy with her husband while raising seven children.

“My mother, Patricia, was an entrepreneur who knew how to run a business and understood numbers,” Keller Black says. “Originally, she was in the fireworks business. She married my dad, who was in the fire protection business. When they started the company, she had transferable skills.”

Over the years, Keller’s has grown into a global presence, distributing products made by prominent companies like Siemens and Honeywell. Its customers include many Fortune 500 companies, power plants, U.S. government facilities and military installations, North Carolina state government agencies, as well as colleges and universities. Keller Black was part of the company’s international expansion, which started about fifteen years ago.

Luckily, the two sisters had complementary interests and skills.

“My sister was very much the operational and financial brains,” Keller Black says. “I was very business-development oriented. I know all the customers, manufacturers, and employees. I am the over-communicator. Mother always said I understood solutions to (business) needs and problems from talking to our customers and manufacturers.”

Some years ago, Keller Black and Carrera launched a quick-ship parts department so Keller’s now can design and sell systems, provide parts for them, and service the systems. 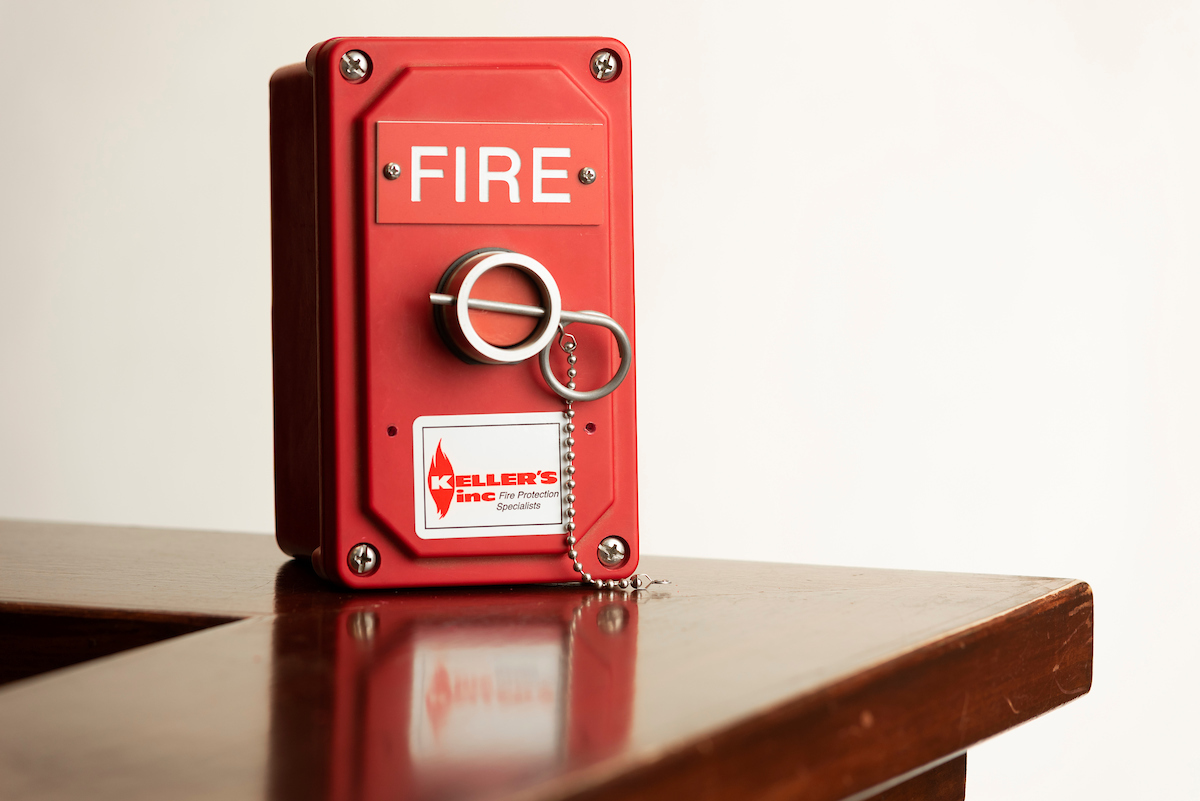 In late 2017, Lindsey told her daughters that it was clear they had grown the business and that it was time she stepped back. They took over in January of 2018. Eight months later, their mother died and they were truly in charge, with one big plus: their stepfather, Frank Lindsey, who had been integral to the company’s growth. Now in his 80s, he remains on the Keller’s board and is, Keller Black says, “my biggest cheerleader.”

“He escalated us to a new level,” Keller Black says of his influence over the years. “And he believed in treating employees like family. That policy has been successful for us.”

As an example, Keller Black tells of bringing her children, Catherine (now 20 and a student at Savannah College of Art and Design) and Taylor (now 17 and a junior at Hoggard High School), to work when she needed to.

“Employees bring their children to work, too,” she adds.

In addition to work and family responsibilities, Keller Black has been active in the local community. Because her daughter has type 1 diabetes, Keller Black got involved in the Wilmington chapter of the Juvenile Diabetes Research Foundation, serving on the board, and overseeing fundraising. She sat on the BB&T board as well, and just rolled off the board of the Wilmington Chamber of Commerce after a two-year term.

“Sitting on the chamber board gave me a Wilmington perspective since our company doesn’t have local customers. And the chamber liked the global perspective I brought,” she says.

Three years ago, Keller Black married a retiree with whom she shares a love of travel and enjoyment of boating.  Travel, unfortunately, has not been in the cards the past couple of months, thanks to the novel coronavirus. The pandemic has hit Keller’s pretty hard.

The company has been “grounded” since mid-March, unable to send its crews to install or service its far-flung systems.

“That’s a big billable we’ve lost,” she says. “A lot of manufacturers are struggling to get us parts. Our local service is difficult, with social distancing. We are billing everything possible. Although we received a Paycheck Protection Program loan, cash flow is difficult right now.

“There may still be hard {workforce) decisions ahead, getting rid of inefficiencies. We’re going to get smarter,” Keller adds. “We changed, we adapted, we overcame after 9-11. It will be the same with this.”