Wilmington Woman’s Club gives back since the 60s 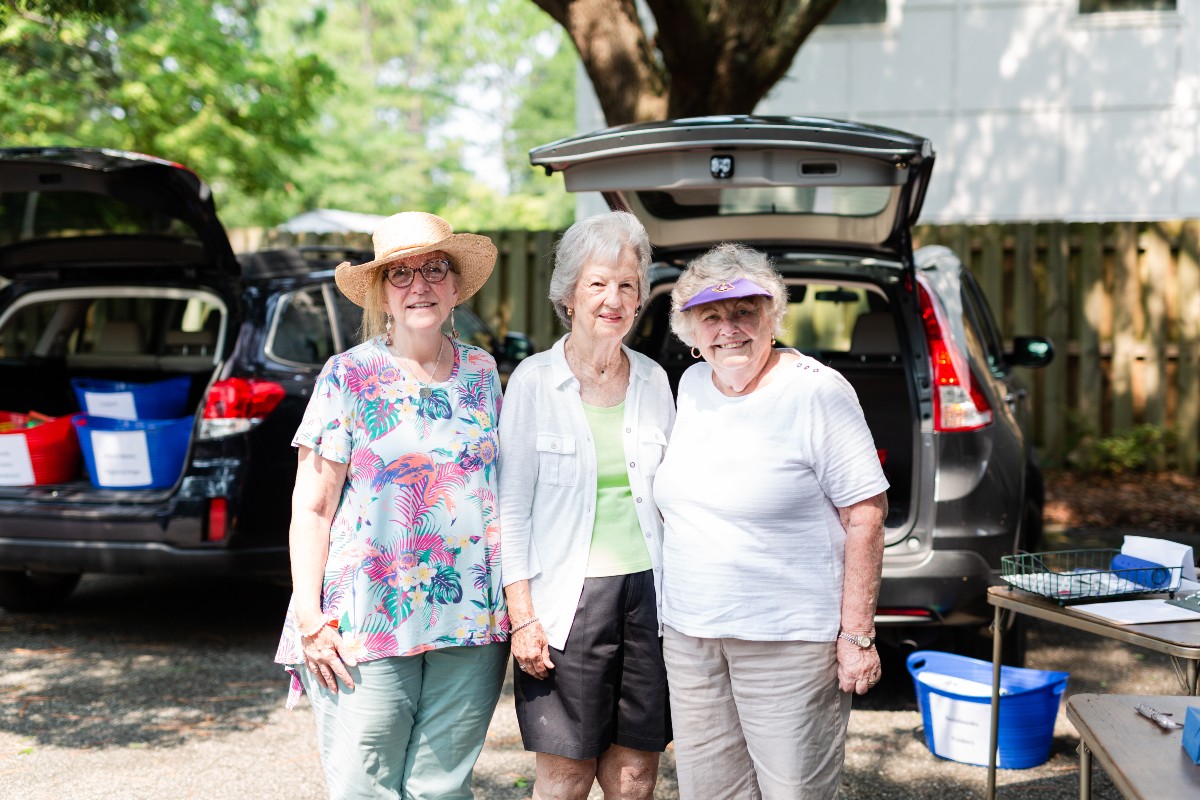 The Wilmington Woman’s Club is rich in the history of Wilmington. Formed by eight women in September 1964, the group was made up of working women who had their roots in the historical N.C. Junior Sorosis organization. The club is one that celebrates its heritage and not resting on its laurels – shining the light for the next generation of women.

“The club was formed for the professional working woman and its goal then and still today is to move beyond club work and be of great service to the community,” says PAT HARDEE (pictured right), the club’s president.

Hardee says one of the things that makes the Woman’s Club unique is the many varied talents that come from each woman in the club.

“Each of us has a talent to share and when it comes together in the group, it’s quite amazing to see just how special it is,” she says adding that the talents that women have are something to be excited about.

Over the years, the Woman’s Club has led the way for a wide variety of community service projects across the region.  Most notably known for sponsoring the Coastal Living Show, the club also has many other projects such as hosting an annual Veterans tea that honors women Veterans, making goodies for Wilmington Fire Department to show appreciation for their duties as well as providing support to the Boys and Girls Home of North Carolina, Cape Fear Literacy Council, The Carousel Center, and the domestic violence shelter, just to name a few. The club also awards scholarships to CFCC and UNCW nursing students each year.

Since 1980, the Wilmington Woman’s Club has donated nearly $900,000 to local community nonprofits.

Hardee says that like every other organization, the Covid-19 pandemic has slowed the club’s projects; it has not stopped them. She says the club has a busy autumn ahead. The fifth Annual Veteran’s Tea to celebrate women who have served the nation will be September 19. In October, the club will plant trees at Oakdale to add to the beauty of the historic city cemetery.

Although the club has sponsored the Coastal Living Show for decades, the group has opted to try something new this year.  On November 13, the club will host a Market Showcase Extravaganza at the American Legion Post 10. This will be an artwork and treasures show. Other fundraisers are planned for September to benefit Domestic Violence Shelter and Services and The Carousel Center.

Hardee says that the Wilmington Woman’s Club currently has 41 members and over the years their efforts through the club have shown just how strong women are in this community.

Says Hardee, “One woman can do a lot, but a group of women working together, you better get out of the way, because they will accomplish so much.”