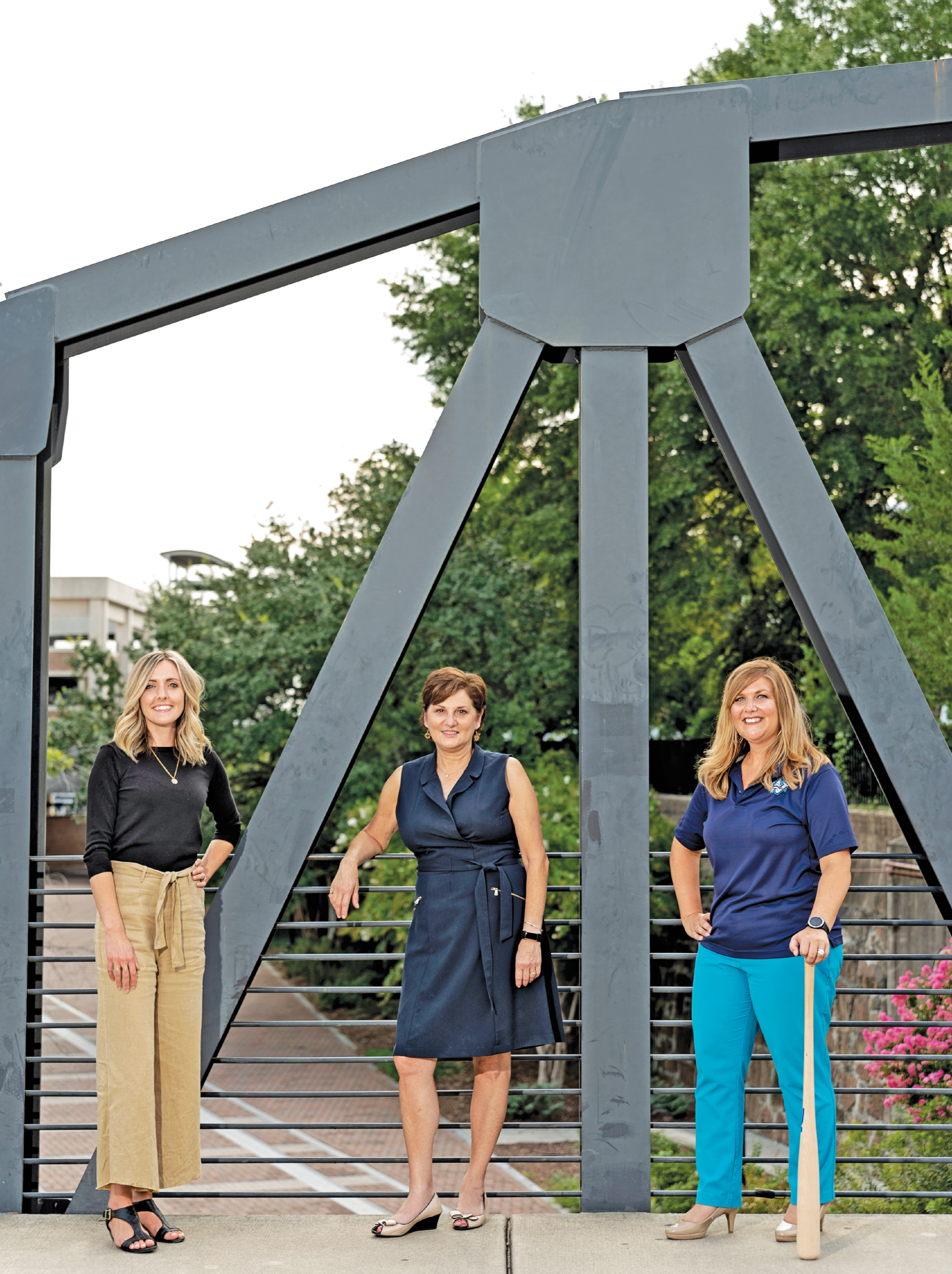 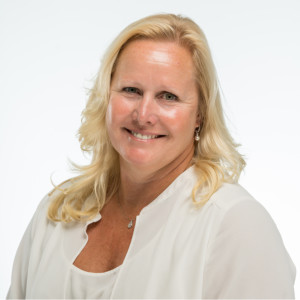 Gwen Baker has succeeded in two male-dominated fields: the military and the engineering and construction industry. As president of CDM Federal Programs Corporation, she oversees operations, business development, and strategy for this employee-owned company, a federal contractor with a broad spectrum of capabilities and an international reach.

“I run a $250 million a year engineering and construction firm who exclusively serves the federal government sector, and I partner with my sister business units in CDM Smith who serve the municipal, state, and private sectors,” Baker says. “My team provides exceptional technical solutions and client service in the area of water, environment, transportation, facilities, energy, from 120 offices worldwide.”

Examples of projects the unit works on include building a $100 million dissolved oxygen injection system in the Savannah River to counteract negative impacts of dredging from deepening a shipping channel there and a $70 million project deploying 120 staffers to Puerto Rico to help FEMA with disaster recovery services after Hurricane Maria.

Baker’s current position is a natural outgrowth of her twenty-two-year military career, during which her final assignment was district commander for the U.S. Army Corps of Engineers’ Philadelphia District.

After she left active duty military service, she joined Boston-based CDM Smith in 2011 as a business developer.

“Within three years, I was promoted to president of this business unit,” she says.

The role has her traveling often, from the unit’s office in Fairfax, Virginia, to appointments around the country to meet with clients, partners, and others. But her base is her home office in Wilmington, where she gets to work from for about a week each month.

Colleagues say she uses the leadership skills developed in the Army and tailors them to put people first and stay focused on her mission to help her company excel in a competitive worldwide environment.

“Leadership of large dispersed ‘people-centric’ organizations requires certain skills that are absolutely transferable,” Baker says. “Initially, not knowing this, my transition into the private sector had me nervous. But today, I find that leadership principles I learned while a junior Army lieutenant are just as relevant in the private sector as in the military.” 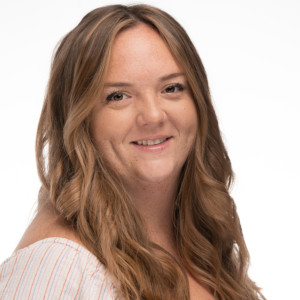 Catherine Hawksworth thought she was opening a music and fashion shop when she launched Modern Legend in downtown Wilmington. Just over two years later, she realizes she has also created a community.

“I would describe the store as its own world. We have clothes, records, home goods. But, it’s more than that – it really is a whole lifestyle,” she says. “Music, humor, pop culture references, community. It’s a world of its own, which seems silly when you’re describing a brick-and-mortar shop, but it’s true.”

She hopes to open a second location in the next few years.

In building Modern Legend, Hawksworth has become an impresario of sorts, opening her store as a music performance space, matching musicians with other local venues, booking regional tours for bands, and working Live Nation tours.

“I grew up with parents in the music industry, so music is literally in my blood,” says Hawksworth, who holds a degree in music business from Berklee College of Music. “It’s always been my thing.”

On the regional music scene, Hawksworth’s work is cross between booking and promoting.

“We don’t represent one band but instead work with a variety in town and even out of town. We try to expand on it and give these bands a place to play and people to play with to be acknowledged, and we make sure people show up to see the magic,” she says.

“(In) these last six months specifically, but the last few years as a whole, I’ve tried my hardest to find … bands and artists worth believing in and giving them a stage to perform on and a place to feel inspired,” Hawksworth says. “I think it’s a very exciting time for Wilmington – a lot of young blood, and they’re all ready to make some awesome changes to the music scene.” 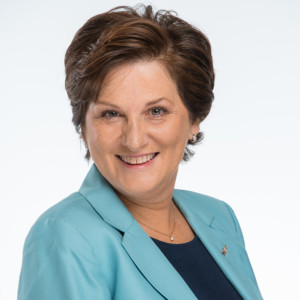 Ruth Ravitz Smith established her business earlier this year as a logical next step in her public relations and government affairs career. She says it’s a “different kind” of consulting firm.

“Rather than focus only on public relations or government affairs, my firm focuses on ‘Strategic Positioning’ or helping clients understand the importance of focusing externally. It is about putting people in front of the right people, telling the right stories to impact change and meet goals,” she says.

She spent three years with New Hanover County, heading up its communications, outreach, and legislative affairs efforts. She also spent years in government relations in the Washington, D.C., area, including for GE Hitachi.

“I spent most of my career helping organizations engage with elected officials, regulators, the media, customers, and key stakeholders. As a leader or as an organization, it is important to not only be good operationally but also to be a thought leader,” she says. “This is what can differentiate you from your competitors and make you stand out.”

Her goal as a consultant, she says, is to use her experience, skills, and contacts to enhance clients’ effectiveness and thereby boost the local community through the creation of good jobs and building the area’s talent pool.

Ravitz Smith also makes time to mentor others, especially since she was given the opportunity to lead a team while still in her mid-twenties.

“When I look back at the lack of skill and knowledge I had at that point, I realize how very important it is to be ready for whatever comes your way,” she says. “It was only later in my career that I was exposed to formal workplace training. I want to be sure that people are exposed to learning early on and that it is a continual process of learning, not just a one-time event.

“At this point in my career what I am most passionate about is helping others grow and develop in their careers,” Ravitz Smith adds. “Whether it is my UNCW Cameron Executive Network mentee, my WILMA mentee, or any professionals looking for some guidance, I can be found teaching lessons-learned and helping make sure that they are ready for advancement in their careers.” 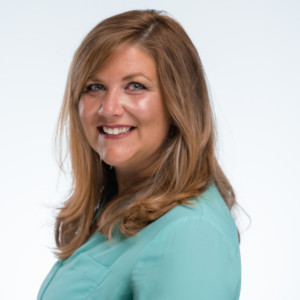 Since joining the collegiate summer league team’s staff in January 2018, Alyson Smist has spread Sharks love and awareness throughout the Wilmington community. Armed with degrees in communications and sports management, she has also improved the baseball team’s bottom line.

“My goal is to allow people to experience America’s pastime while getting families off their electronics and enjoying an evening together,” she says. “Prior to 2018, our annual sponsorship sales were $32,000. Since joining the team, we are currently at $100,000 in just sponsorships and upwards over $100,000 in ticket and group revenues.”

Before joining the Sharks, Smist worked in the jewelry industry for more than twelve years including at Perry’s Emporium.

She was looking for a way to combine her communications degree and years of sales experience with her love of sports, prompting her to pursue a master’s degree in sports management (which she finished up this year from Southern New Hampshire University).

Matthew Perry of National Sports Service, who with Bill Davidson bought the Sharks franchise in 2017, approached Smist to join the team.

This year, the Coastal Plain League, which includes sixteen summer collegiate baseball teams, named the Wilmington Sharks the league’s organization of the year.

Smist has connected with numerous nonprofits in the community, giving them an avenue to raise both funds and awareness at Sharks games. She also launched Read around the Bases, a program in which students in grades K-8 win a ticket to a Sharks game after reading four books. The program was implemented this year in twelve schools.

“Working in minor league sports has its true benefits, where your staff is small enough that everyone feels like they directly impact the results,” Smist says. “Within two years, we have grown our programs to levels that our region has never seen. Think of how much more we could do!” 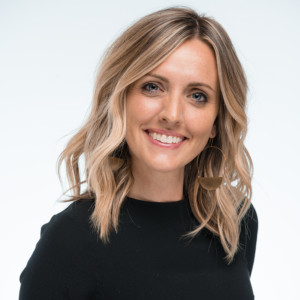 Early on, Lorin Van Zandt realized she could use her budding hairstyling skills to help people in need. She began giving haircuts to homeless women and women in drug rehab facilities, and, in 2013, started providing beauty services to victims of human trafficking.

“I have always had a heart for serving people in need, and I love the unique opportunity that using beauty provides. I realized that something as simple as a haircut could be used to encourage and restore hope, and so I began using my gifts to serve,” she says.

The first time she helped a sex-trafficking victim came about because a nonprofit called Van Zandt asking if she would provide the woman a haircut.

“When I met her, her head was down, she avoided eye contact, and I could tell the abuse she had undergone as chunks of her hair were missing,” Van Zandt recalls. “As I got to work, I quickly saw her confidence transform from avoiding looking at herself to loving how she looked and cheering as she looked in the mirror when I was done. It was in that moment that I know my true purpose was something bigger than me, and I felt called to take action.”

In 2017, Van Zandt and her husband, Kyle, launched MISSIO, a hair product company that gives a portion of sales to nonprofits that address the issue of human trafficking.

After developing their product line, the couple has worked to educate salons and hairstylists in victim identification, serve women who are at risk or in recovery, and give to nonprofit partners. She also has collaborated with the UNCW School of Nursing to educate future nurses on how to identify human trafficking victims.

“As a hairstylist, I realized there was a huge potential to make an impact in the lives of others, from the stylist’s chair to ‘beyond the chair,’” she says. “We’re excited about a number of partnerships and collaborations with like-minded companies and nonprofits that will extend our reach and impact. And, of course, we’re hard at work on additional products to add to the growing list of products with purpose!”

*Catherine Hawksworth was a finalist in the 2018 awards, in the Arts category.

** As a Women to Watch advisory board member, Ruth Ravitz Smith served as a judge for this year’s awards, but recused herself during the Business category deliberations as a nominee.