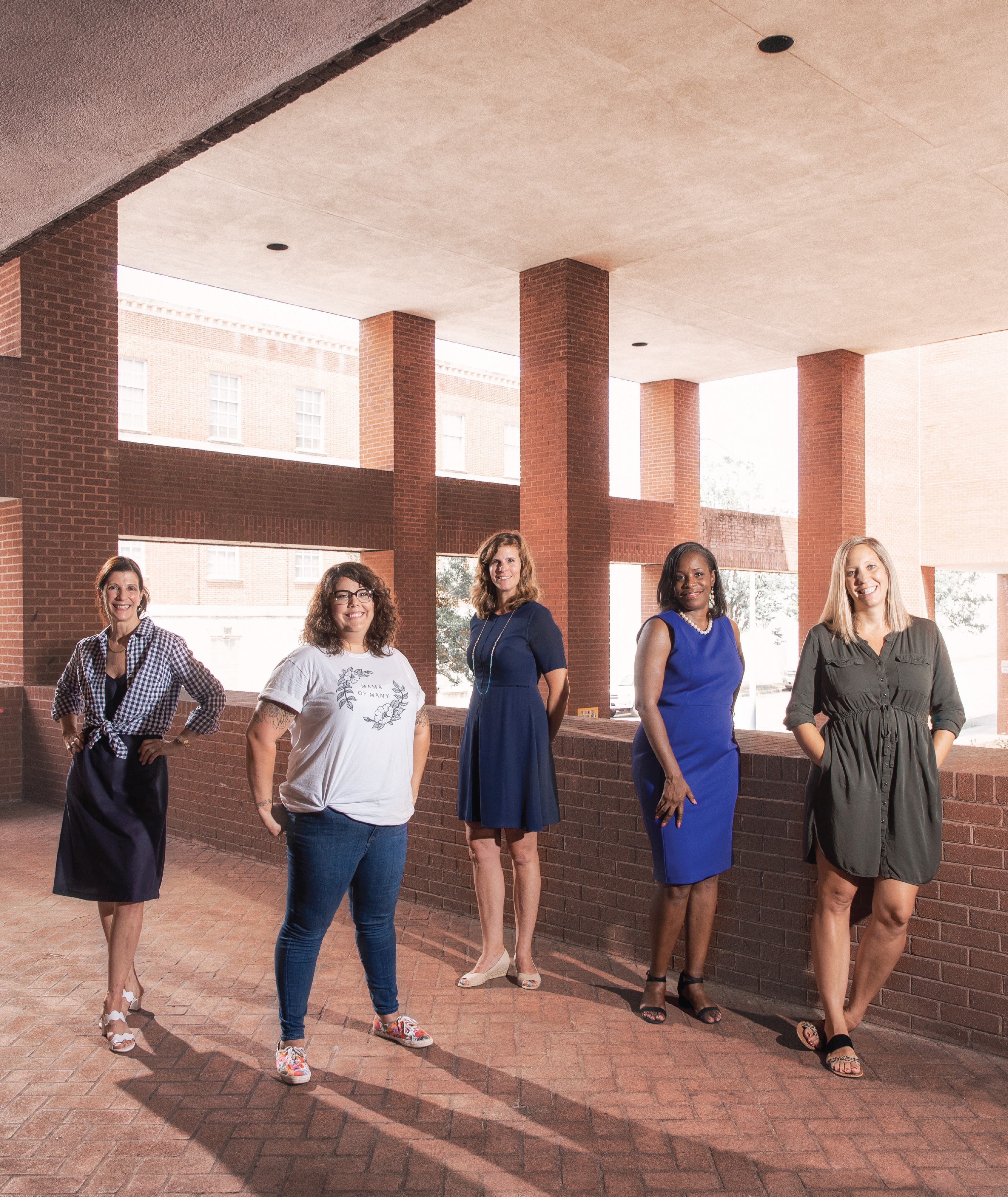 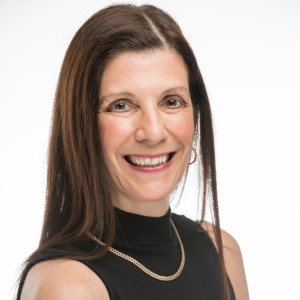 Janelle Babington started American Red Lion Disaster & Abuse Fund after realizing how hard it was to vet and decide what nonprofit animal organization to donate to after Hurricane Matthew.

American Red Lion identifies and provides funds and supplies to local shelters and hospitals that immediately provide care to abandoned animals during natural disasters. Before moving to Wilmington in 2015, Babington was the founder of an association management business in Cary.

“Two months before Hurricane Harvey hit in September 2017, I started American Red Lion Disaster Fund,” she says. “It was my first major disaster trying to fundraise and get the money in the credible hands of rescuers as soon as possible. Since then, the nonprofit grew its donations by 750%. The real test for me was trying to help raise funds to rescue the animals in 2018 when Hurricane Florence hit Wilmington while I was leaving for my own safety!”

So far, American Red Lion has donated $22,000 to about thirty-six organizations.

“My ultimate goal,” she says, “is to continue to create awareness about animal abuse and to make enough money to get funds into the hands of the credible rescue organizations who are not only sustainable but making a measurable and significant difference in the lives of abandoned and abused animals so that one day animals will be respected, and abuse becomes a thing of the past. In addition to scam nonprofits constantly popping up trying to collect donations, there are approximately 25,000 animal welfare/rights nonprofits in the U.S.

“But like any business, not all of them are honest or making a difference, and/or sustainable. A lot of research goes into every dime American Red Lion donates.” 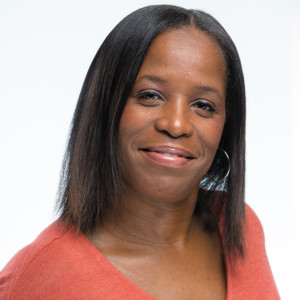 Evelyn Bryant is the founder of Northside Bridge Builders, a grassroots organization that aims to educate and provide resources to those undergoing hardships.

She is also a legal assistant, community activist, volunteer, and mentor.

In the aftermath of Hurricane Florence, Bryant and Northside Bridge Builders volunteers dedicated many hours to recovery efforts by providing, food, clothing, supplies, and resources to Northside individuals and families.

“A group of us were working together at DREAMS, providing resources after Hurricane Florence and continued our efforts after school was back in session because we knew we served a community that was not getting their needs met prior to the hurricane,” she says. “We needed a location, and LINC Inc. graciously allowed us to use their building at 11th and Princess”

The group continues to operate out of that space, at 1021 Princess Street.

“We continue to educate and provide resources to individuals and families who maybe struggling due to unforeseen circumstances,” Bryant says.

She is also passionate about educating women on the importance of health and wellness.

After Bryant’s mother died of cervical cancer, Bryant started a campaign to promote health screenings for women in the community and partnered with physician Lucybeth Nieves Arriba to host a cervical cancer health fair.

Bryant is vice president of the YWCA Lower Cape Fear board and has chaired the group’s Community Outreach Committee and Stand Against Racism Committee for the past four years. Bryant, who has served in the state advocacy pilot cohort for North Carolina, also formed the YWCA’s Potluck for Peace locally that started in 2016 and once a quarter brings more than a hundred people from the community together to discuss local race relations over food and fellowship.

Bryant is chair of the joint county-city Community Relations Advisory Committee and secretary for the New Hanover County Board of Elections. She is also a board member for LINC, the Blue Ribbon Commission on the Prevention of Youth Violence, and the city’s Commission on African-American History, among others. 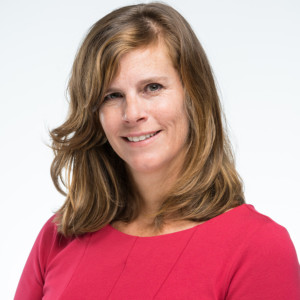 As the first female CEO of the local Brigade Boys & Girls Club, Angie Hill hopes to continue raising awareness about the club and provide more professional development opportunities for the staff.

Brigade Boys & Girls Club is an organization that works to inspire children to reach their full potential as productive, caring, and responsible children. The organization serves over 2,200 youth annually in New Hanover, Onslow, and Pender counties.

“Our mission is to enable all young people, especially those that need us most, to reach their full potential as productive, caring, and responsible citizens,” Hill says. “We do this through providing an optimal club experience that assures success is within reach of every young person who enters our doors, with all members on track to graduate from high school with a plan for the future, demonstrating good character and citizenship, and living a healthy lifestyle.”

Hill started at the organization as a volunteer in 2006 and is the first internal candidate promoted to serve as CEO. When she took on the role in August, she also became the first woman to serve as the group’s CEO since it formed in 1896.

“I first started at Brigade as a volunteer, and the energy and excitement I felt at the club was automatic. The children were happy and loved spending time with the adult volunteers. Their energy is what kept bringing me back,” says Hill, who also served as operations director and development director for the organization.

Some of her goals in her new role include “working with our key volunteers and stakeholders to help raise awareness of our club and our mission and providing more professional development opportunities for all of our staff,” she says.

Hill is also involved in the community with UNCW, ImpactClub, Mustaches for Kids, and other nonprofit causes. 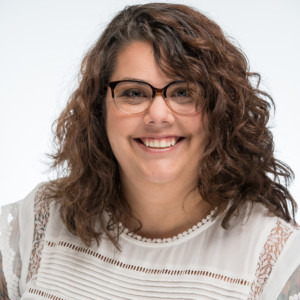 After a mission trip to Guatemala, Emily Klinefelter knew she was called to serve.

To help the community, she and her husband decided to extend their family and become a foster family in 2016. So far, Klinefelter has taken care of twenty-three foster kids. The couple has three children.

“I personally had a pretty challenging childhood but was fortunate enough to have very strong women that invested time and energy into believing in me and mentoring me,” she says. “ I know that without them, my life would be completely different. Because of them, I always wanted to intentionally place myself in situations where I was investing in people.”

Klinefelter and her husband founded Foster Pantry in 2017, an organization that provides supplies for foster parents to help them welcome foster children to their homes. It became a nonprofit organization the following year.

“Our mission is to ease the transitions of children into foster care by cultivating a community of support and equipping families and children with essential needs and resources,” Klinefelter says. “We are a resource, providing items, support, and information regarding other helpful resources. We are a doorway for people who have a heart for foster care but don’t want to become foster parents to get involved and support foster children. We also hope to encourage and empower members of the community to become foster families.”

Klinefelter, who is a sales assistant to two Brunswick Forest Realty on-site agents and art director for Penn Plus Creative, now serves as a board member for the nonprofit, which is run by Stacy Pullen, Amber Simmons, Tracy Bannon, and Jenny Peterson. 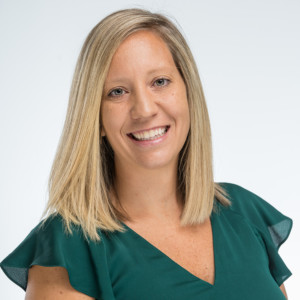 When MaLisa Umstead learned that sex trafficking was an unknown epidemic in the local community and that there were no resources or programs to help victims, she says she could not look the other way.

“For someone to experience such horrific trauma, with a limited or nonexistent family and support system, they were vulnerable to further exploitation,” Umstead says. “With the intervention of services and resources, these victims had hope. I felt convicted and wanted to provide these women hope and a safe place.”

Umstead, who has a background in psychology, decided to start A Safe Place, formerly The Centre of Redemption, in Wilmington in 2012. The organization provides victims of commercial sexual exploitation and domestic sex trafficking with housing, clothing, medical counseling, mental health services, occupational training, and more. The organization has directly supported 600 women, men, and children since opening.

“The impact A Safe Place has had on women and our community has been life-changing for the women we serve as well as myself and staff,” Umstead says. “Each day, my team is given the opportunity to love these women, help them recover and heal, and watch them grow and transition from victims to survivor to leaders of A Safe Place and our community.”

When the group’s emergency shelter opened in 2017, it was the first one on the East Coast to specifically house victims of sex trafficking and commercial sexual exploitation.

“What we have learned in the last two years has directed the adaptions that were necessary in order to make us successful,” Umstead says, adding that since 2012, more than 600 women, men, and children have received ongoing, direct support services from the organization.

The group is working on opening an Outreach Campus at the former Coca-Cola bottling facility on Princess Street.

“At this location, we will have fourteen offices for full-time staff, two victim interview rooms, a full-size kitchen to teach life skills and conference room as well as our outreach center and wellness area (exercise equipment/yoga space). This space will also house our Loads of Love initiative, a laundry service that is managed by our Survivor Leaders. All proceeds directly fund member employment opportunities,” Umstead says. “After the open of our Outreach Campus this fall, A Safe Place has issued a goal to expand our housing program again with the addition of a six-month transitional house focusing on life skills, exclusively.”