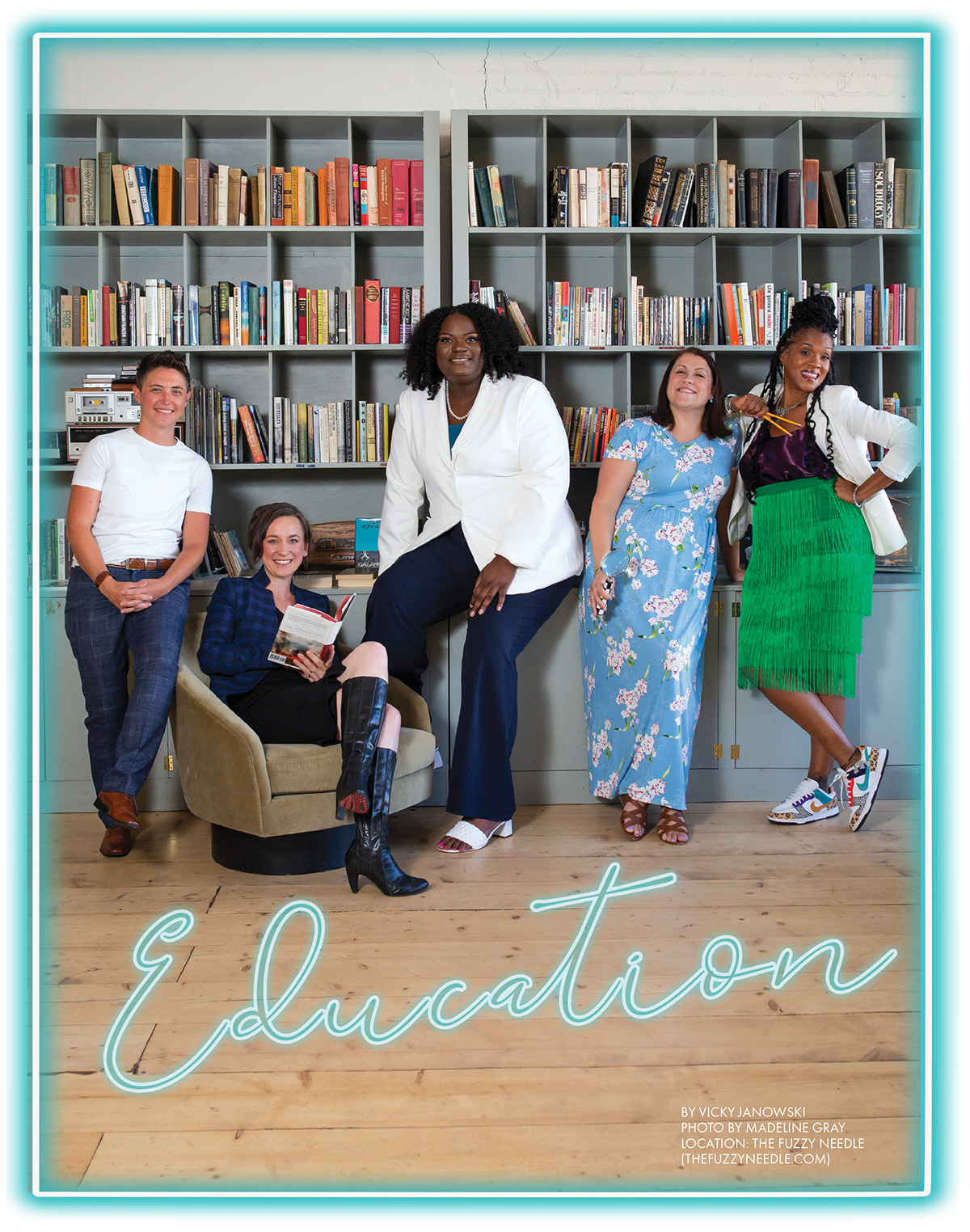 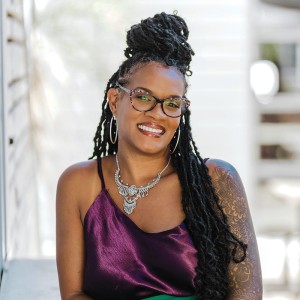 Schala Harper’s journey into the classroom began in an untraditional way. Initially thinking she would be an architectural engineer, she volunteered with the PTA and in her child’s class, eventually became a teaching assistant. She is now an EC teacher after going through UNCW Watson College of Education’s Residency Licensure program, which addresses teacher shortages by offering alternative pathways for people from other careers to get their teaching licenses. In 2020, she was picked to represent the New Hanover County school district for North Carolina Center for the Advancement of Teaching’s Beginning Teacher of the Year award. Harper is one of two adult liaisons locally who established a partnership with the national organization Student Voice to promote students’ involvement in decisions in New Hanover County Schools. Harper also co-wrote a middle-grade interdisciplinary curriculum that was made in connection to the sculpture “Because It’s Time” by Dare Coulter. 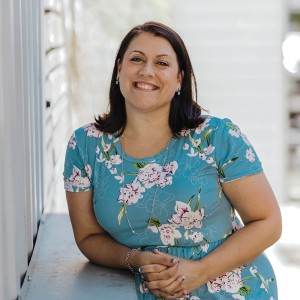 April Query has worked for the College Foundation of North Carolina for sixteen years. The statewide group is a free service from the state that promotes access to education in North Carolina and helps students with education planning, career planning, and applying and paying for college. Query, who is based locally, plans and executes trainings for educators and school counselors across the state, including in the Wilmington region at CFCC and UNCW. “My favorite part about working in college access is the relationships I’ve built over the years. These include relationships with families, educators, and others across the state and locally who assist students with the college-going process,” Query says. “The relationships we make are the key to truly helping students.” Query, who earned her bachelor’s, master’s, and doctoral degrees from UNCW, also is active with the university’s alumni efforts, including previously serving as president of the Cape Fear Area UNCW Alumni Chapter.

In the university’s Watson School of Education, Dana Stachowiak was charged with leading the effort to transform its master’s in curriculum program to make it more robust and far-reaching. They headed up UNCW’s women’s studies and resource center in 2019. “As someone who identifies as non-binary or genderqueer, I know the importance of a center dedicated to gender justice being inclusive of all gender identities. So in thinking about, ‘What does the landscape of women and gender studies look like anyway?’ We need to shift to grow with the trends across the nation if we want to grow the program.” The center’s name changed to the UNCW Gender Studies and Research Center in 2020. Since then, the center, which offers a minor, hired its first lecturer, changed its postbaccalaureate certificate program to a teachable certificate program, and this semester launched a Transcend Collective Honor Society for trans and non-binary students. 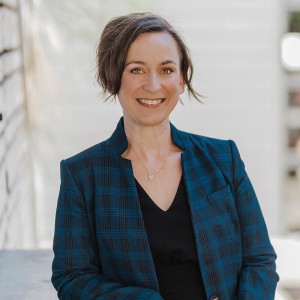 Through Logan Thompson’s work at the Cape Fear Community College Foundation, more students have had access to training and education programs. In her first year with the foundation, revenue  more than doubled to $2.4 million. And during the 2021-22 academic year, she oversaw the awarding of over $1 million in scholarships – the most the college has ever awarded in an academic year. Last year, Thompson achieved her Certified Fund Raising Executive designation. Also named a 40 Under 40 award winner this year, Thompson serves as a coach for UNCW’s QENO (Quality Enhancement for Nonprofit Organizations), focusing on topics such as board development, strategic planning, and organizational change management. A part-time lecturer at UNCW, Thompson has taught in both the Master of Public Administration program and in the university’s public and international affairs department on nonprofit resource development and management. 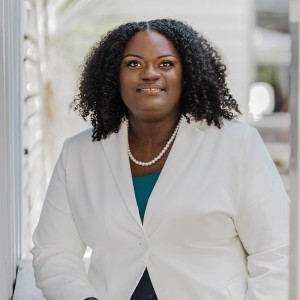 Tiffany D. Tucker joined UNCW in 2019 and was named deputy athletic director in 2021. Sports Illustrated and Empower Onyx included her in a national “100 Influential Black Women in Sports” list, describing the collegiate basketball coach-turned-administrator as someone who mentors and motivates college athletes. This month, the Women Leaders in College Sports organization will honor Tucker with the Nell Jackson Nike Executive of the Year award. It comes during the fiftieth anniversary year of the federal Title IX law’s passage. Tucker helped organized a National Girls & Women in Sports Day leadership Summit and was appointed to a four-year term on the NCAA Women’s Basketball Rules Committee. Tucker has also been active in the leadership of the Colonial Athletic Association. At UNCW, Tucker served on the search committee for a new vice chancellor of student affairs and as a member of several university committees.