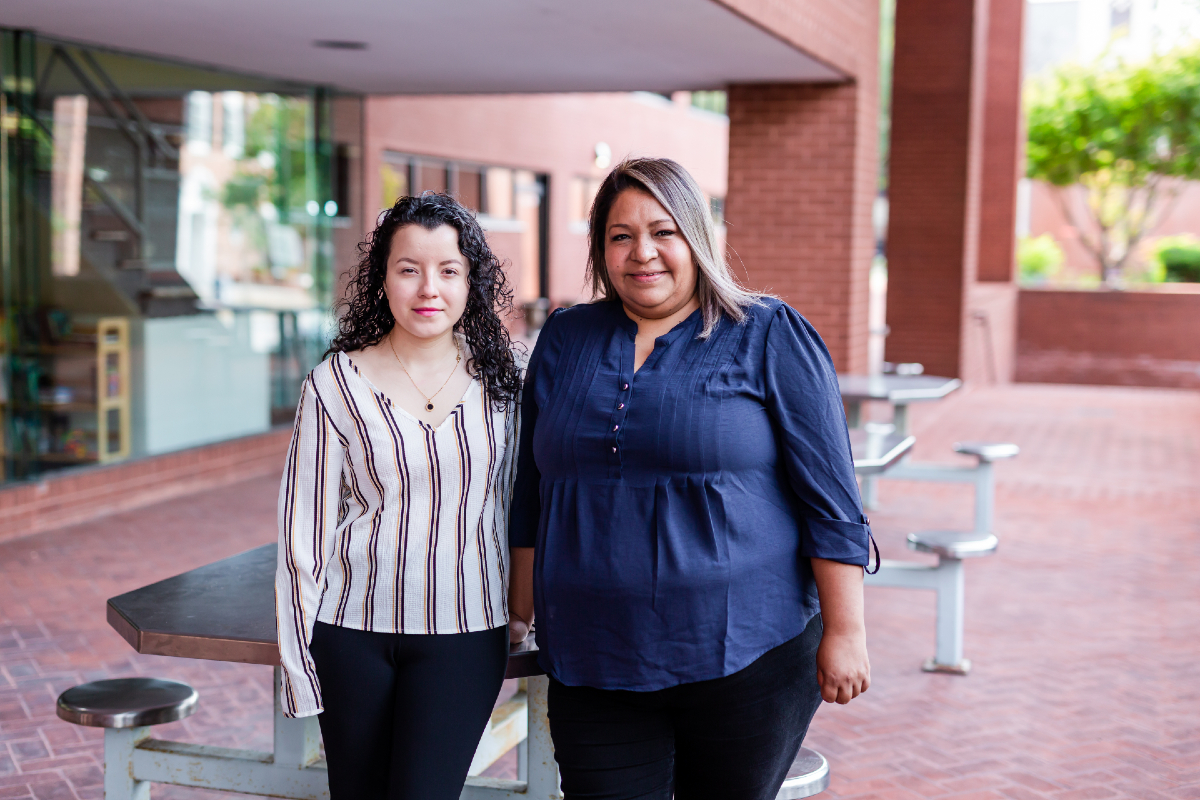 VANNIA RAYA (pictured right) and JAZMIN TREJO (left) pooled minds and hearts to fuel the spirit of Cape Fear Latinos. Born in Mexico and familiar with the struggles of migrant workers adapting to a foreign culture, the founders of Cape Fear Latinos strive to increase a sense of belonging for the region’s widespread Latino population.

Having lived in the U.S. for twenty years, Raya’s first point of entry was California. “Due to the high Latino population, I felt very much at home there,” she recalls. When she moved to North Carolina, however, she struggled with a sense of alienation. “I was shocked at the difference between the two states,” says Raya. “Where I felt welcomed in California, I felt rejection in North Carolina.” Becoming more involved in the Latino community, she noticed a growing need for inclusion and opportunity.

Trejo’s story shares similarities. Involved with Student Action with Farmworkers (SAF) in high school, she observed the myriad challenges around assimilation and access to resources. “Both in high school and college, I saw the inequity of access to college for many underrepresented students,” says Trejo. In 2020, she met Raya, who was preparing a march in downtown Wilmington to unite the Latino community.

“We were joined by the Black Lives Matters group that had been doing their own demonstration throughout the summer,” Trejo explains. “They helped us walk the streets, then they gave us the mic.”

During the pandemic, as the organization grew its efforts, the activists noted the creation of various programs to aid New Hanover County residents. “We also noticed most of the Latino community didn’t know about these programs,” says Raya, “one of the reasons being the lack of information in Spanish.” Hence, an ongoing goal has been to keep the community informed about all the resources offered in the county, as well as guide them to the right information and/or point person.

Most of all, Cape Fear Latinos remains an unwavering advocate for Latinos seeking to establish roots in a new country, culture, and community. “We have become a voice and support for people who are afraid of being taken advantage of, or who don’t know what resources are available,” says Trejo. “In just the first two months of Cape Fear Latinos, we had over 250 cases, ranging from food and housing assistance to legal matters.”

Their efforts continue to gain recognition, as well as growing accolades. Cape Fear Latinos were recently honored at New Hanover County’s Equity Awards for their nonprofit work in the community. “The award acknowledged our involvement in the community and work to advance diversity, equity, and inclusion,” says Trejo. “We were nominated by community members, and Mayor Saffo presented the award. We honestly didn’t expect the nomination, nor the win. We’re very thankful for this honor!”

With the help of their dedicated team, including Jean Lozada, Malvin Felipe, Junior, Liliana Gonzalez and Marcela Duran, Cape Fear Latinos continues to build a bridge between cultures.

“There need to be more opportunities for the development of the Latino community,” say the activists. “This means more inclusive spaces, language equity, and giving Latinos a seat at the table when decisions are being made.”