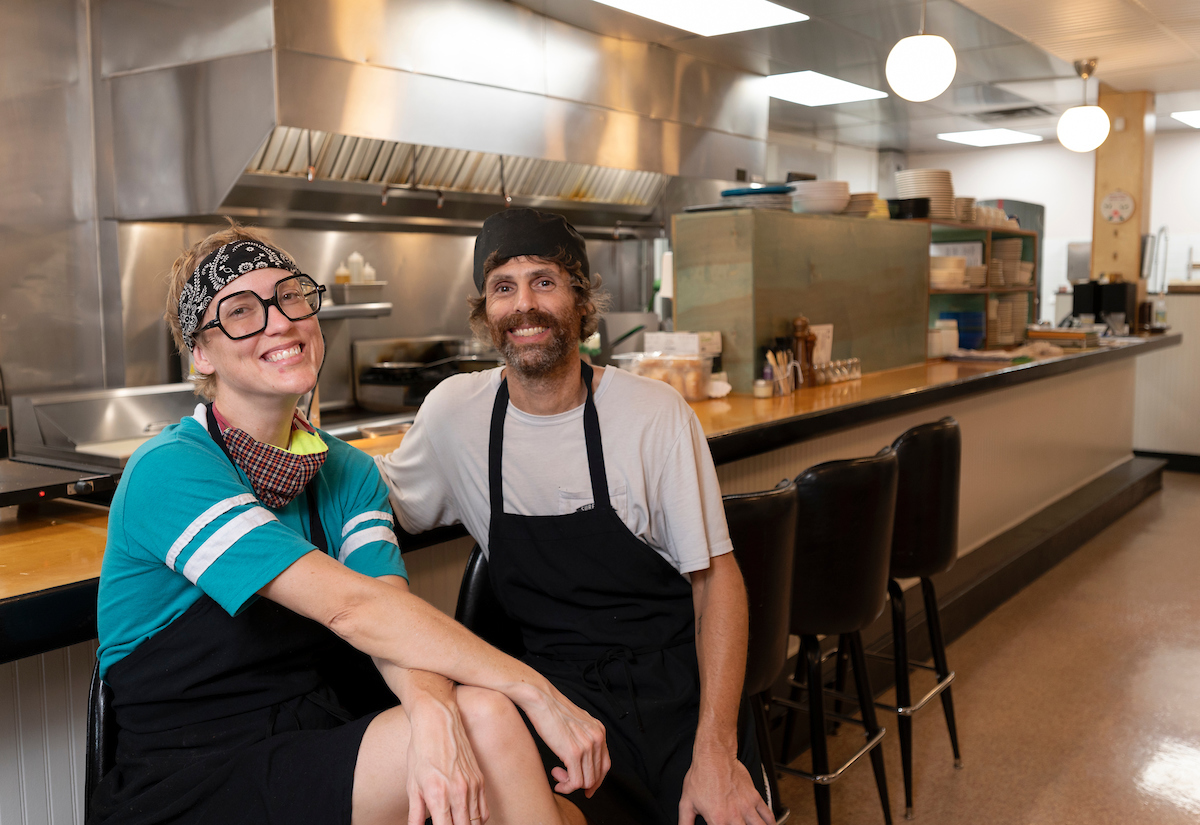 After completing a full, seven-month renovation to debut the new Sealevel City Vegan Diner, the pandemic hit and shut it down. Closed for just a week and a half to transform from dine-in into takeout, Sealevel City reopened and is filling the vegan void for the Wilmington area.

“We are lucky. People have really been showing up for carryout. We are a niche market and we are fulfilling a need,” co-owner KELSEY GIBBS says.

Gibbs and her husband SCOTT KEY bought the restaurant from long time restauranteur NIKKI SPEARS last year and wanted to stay true to their vision while maintaining Spears’s “huge fanbase.”

With a staff that is “all hard-core fans who are passionate about food,” Gibbs and Key have jumped headfirst into the restaurant business.

“All of it was new, even if COVID wasn’t a thing, we were learning on the fly,” Gibbs explains.

Vegan for the past “seven-ish” years, Gibbs made the lifestyle transition after seeing the difference in her sick dog who regained his ability to walk shortly after changing to a vegan diet.

“I am internet trained, so I am not an expert, but I can see what happened in my little dog’s body, I know how it affects my body, and the effect on the planet,” Gibbs says. “For animals, the environment, and my health. That’s what it is all about in that order for me.”

“It’s comfort junk food. We want it to be familiar and surprising that it is plant-based,” Gibbs says. “Just know that we are not eating rabbit food and grass. Shifting over to a whole different set of foods that are way healthier, even though you can be a junk food vegan, too.”

Being waste-free is also a goal of Gibbs’s which has been a challenge during the pandemic because it has led Sealevel City to go take out only.

“We are a low waste level, so using all these boxes was a bummer. They are all compostable which does not mean biodegradable.”

To combat this problem, Sealevel works closely with Wilmington Compost Company, providing a compost bin and encouraging customers to return their take-out boxes to the restaurant.

“It takes effort to dispose of it properly,” Gibbs explains.

The low amount of waste the restaurant generates is surprising with a dedicated staff and husband making it happen.

Gibbs credits her husband, Scott, for their ability to focus on their mission, describing him as “a neat freak and a great leader.”

“It was our goal to work together and spend more time together as a family, and we have accomplished that 100 percent,” Gibbs says.

Another goal that Gibbs hopes to accomplish is to have people, vegans and non-vegans alike, to try Sealevel City.

“We want it to be for everyone – not just the vegan club. It is just good food, and we want people to try it,” Gibbs says. “It seems extreme, but it is the easiest thing to do, and the most important when it comes to what you put into your body three times a day.”