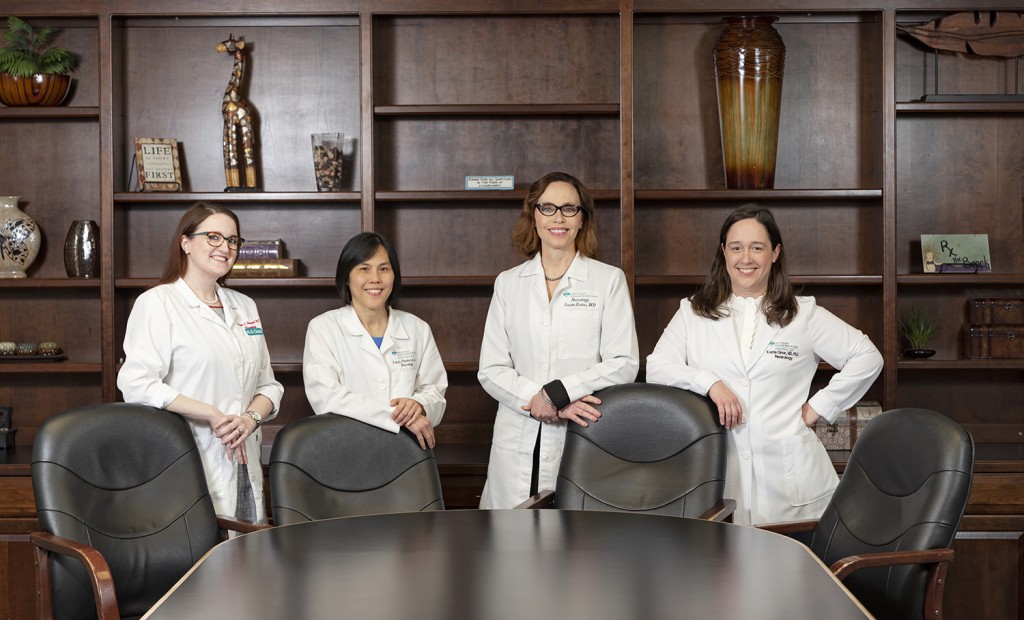 The NHRMC Physician Group-Neurology practice seems to buck the Association of American Medical Colleges statistic that 72% of neurologists are men; the Wilmington group boasts twelve out of eighteen female providers (or about 33% male).

“Physician demographics are changing. More women are becoming doctors, physician assistants, and nurse practitioners compared to years past,” says KARRIE GREAR, a physician with the practice who specializes in the treatment of ALS and other neuromuscular disorders. “I think our practice is just ahead of the times. Neurology is also an attractive specialty for any provider that desires a good work-life balance.”

Practice physicians SUSAN EVANS and PANIDA PIBOOLNURAK say the numbers are also a testament to women getting jobs for which they’re trained and have expertise. Piboolnurak, who focuses on Parkinson’s disease and movement disorders, says it shows there’s equality in hiring. In addition, she says, the number of women in various neurology specialties might be due to their interest and how the level and duration of training and the life for their professional choice fit with their other life plans. 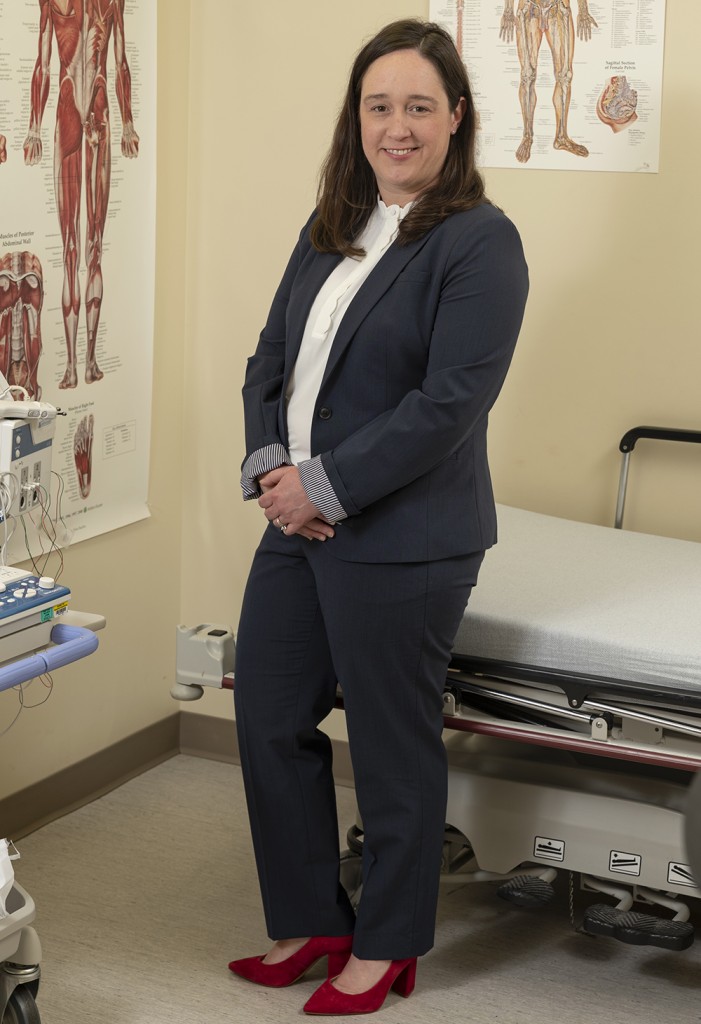 Originally from Georgia, ALYSON HOMMEL became interested in neurology while she was in college at Emory University; she ultimately majored in neuroscience and behavioral biology.

Hommel completed her neurology residency and neuromuscular fellowship at Wake Forest University School of Medicine. She then stayed on as an attending physician at Wake Forest in the neuromuscular department until moving to Wilmington to accept the position with NHRMC in 2017. She specializes in neuromuscular disorders; her primary interests include myasthenia gravis (a chronic autoimmune, neuromuscular disease), ALS (also commonly known as Lou Gehrig’s disease), myotonic dystrophy, and inflammatory myositis. 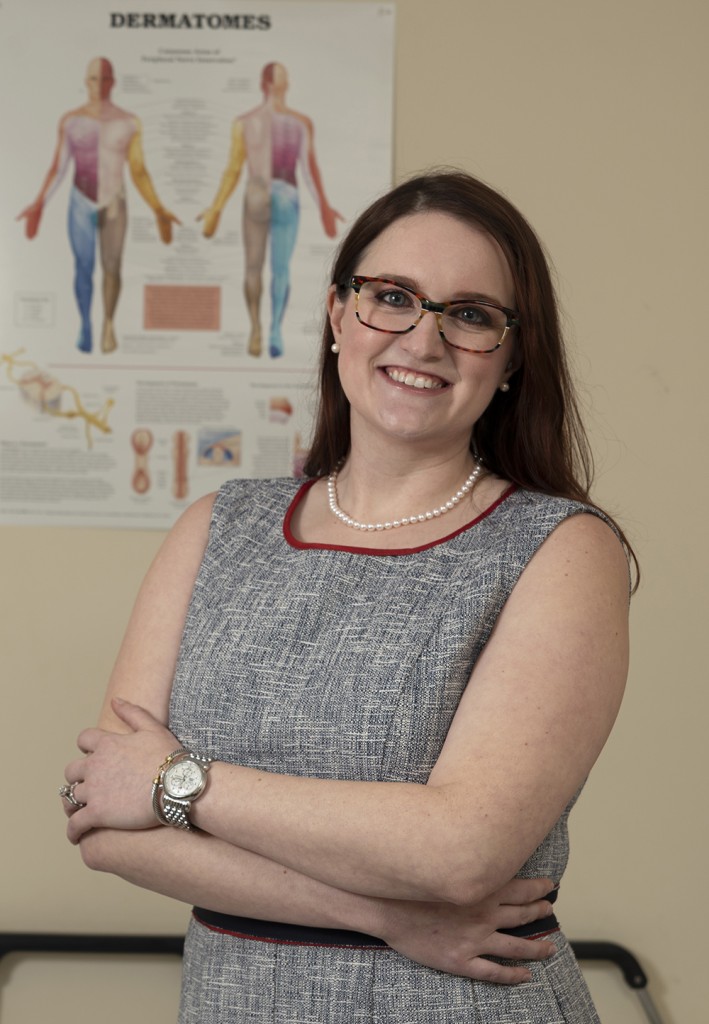 “Neurology has traditionally been a field with many complex and fascinating disorders but few treatment options,” Hommel says. “However, since I started medical school that has really changed. Neurology as a practice has entered a new era where we are able to offer many more treatments for neurological diseases with further treatments on the horizon. The prospect of offering new treatment in once incurable, progressive diseases solidified my decision to pursue our specialty.”

Piboolnurak was the physician group’s first specialist for Parkinson’s disease and movement disorders when she joined in December 2016.

“Interestingly, here, I didn’t even have to do any marketing,” she says. “Actually, I wanted to say, ‘Hey, don’t tell anybody we’re here because we have so many patients here,” she adds with a chuckle. 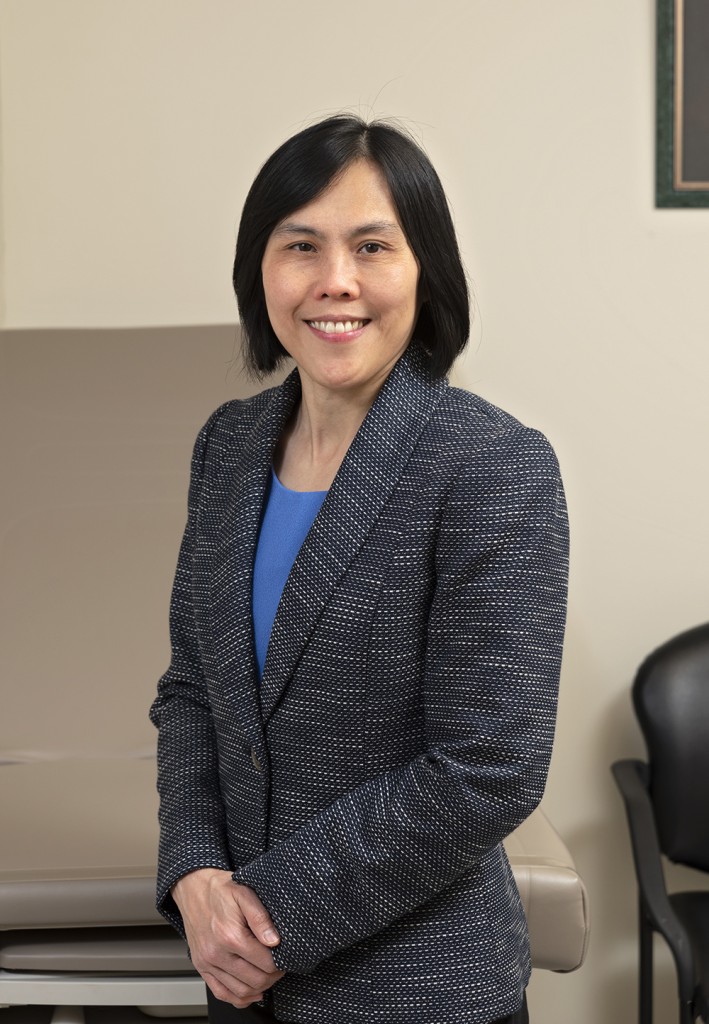 She currently sees more than 900 patients, and the group has recently recruited a nurse practitioner who will be trained to help her monitor patients.

Piboolnurak’s professional experience has been in Thailand, New York, Rhode Island, and – just before moving to Wilmington – Hawaii, where she served as director of the Hawaii Parkinson’s Disease, Movement Disorders and Neurodegenerative Diseases Center at the Hawaii Pacific Neuroscience Institute in Kailua.

Grear was born and raised in Kentucky and graduated from Transylvania University in Lexington, Kentucky. She earned her medical degree from the University of Kentucky and completed her residency and neuromuscular fellowship at Wake Forest.

“I picked neurology because I enjoy the thought process involved with figuring out diagnoses,” she explains.

Often this involves figuring out if the patient’s symptoms are coming from the brain, the spinal cord, the nerves, the muscles, or something else. Her subspecialty is neuromuscular medicine, which means she concentrates on the peripheral nervous system, which is the nerves and muscles.

“The neurological exam also plays a large role in determining the cause of a patient’s problem, and I enjoy that interaction with my patients very much,” she says.

“I was always drawn to science and health when I was growing up,” she says, “but when I went into medical school, I really enjoyed neuroscience.”

In residency, everything about neurology fascinated her. She completed her fellowship at Johns Hopkins University in neuromuscular diseases. 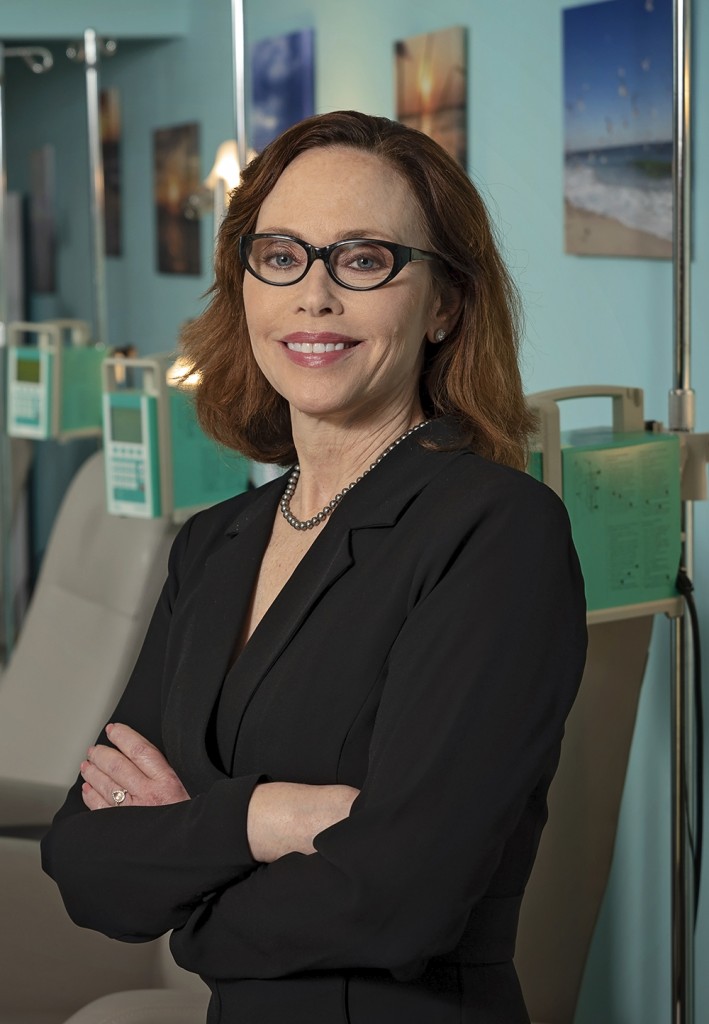 She finished her training in 1996 and took a year off to enjoy being a new mom. She started practicing in 1997, beginning in Myrtle Beach for a few years, where she had her second child.

“Interestingly,” she notes, “both neuromuscular diseases and multiple sclerosis combine the use of immunology and thus immunologic treatment, which also fascinates me.”

The perfect match came when NHRMC’s neurology group was seeking a neurologist who treated patients with MS and also someone to practice infusion medication treatment for patients with MS here.

She came four years ago.

While Wilmington was not so long ago fairly underserved in neurology, it’s clear that’s changing.

Piboolnurak attributes the growing number of patients seeking neurological care to the fact that many people who come south to Wilmington from the Northeast to retire, while some come north from Florida for the same. The weather, she says, “is not too hot, not too cold, not too humid,” and provides the sweet spot for retirement activities.

“Our neurology group has grown from three providers to seventeen in just five years,” says Hommel, adding that the group is growing to meet patient needs and volume.

Grear says she and Hommel recently started the first, local ALS clinic, in association with the ALS Association. She says this is a great asset for patients with ALS.

“Now, they can get excellent multidisciplinary care for all their needs without traveling to Chapel Hill or Durham,” she says.

“One of the nicest things about Wilmington,” Evans adds, “is that it continues to be a small-town mentality with very high-quality care, in several domains, in my opinion. For our medical team, we are consistently trying to improve and be the best for our community.”