The Peppered Cupcake whips up cupcakes with a dash of creativity 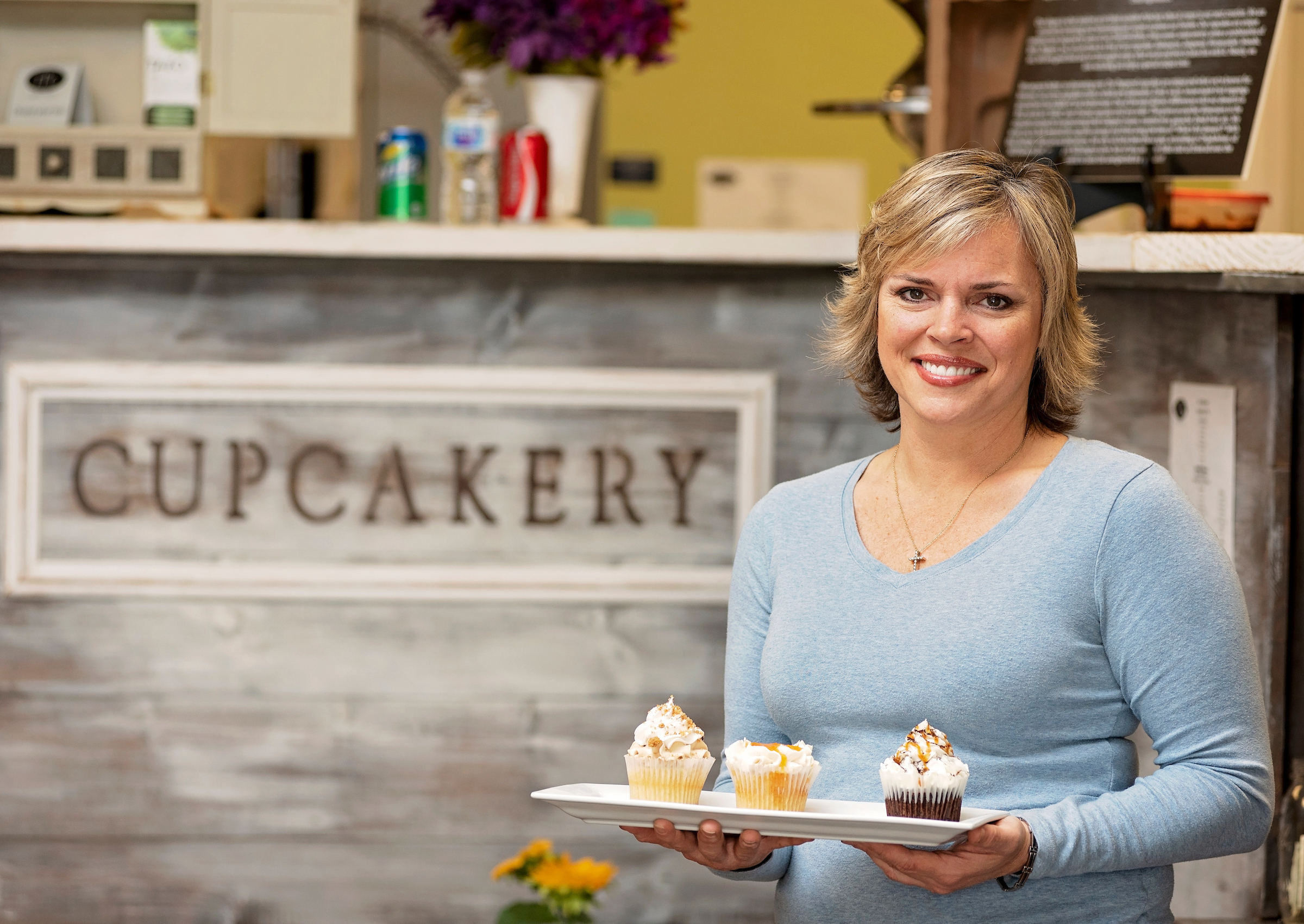 Peanut butter and jelly. Ham and cheese. Pork and beans. Cupcakes and peppers. Say what?

That’s right, The Peppered Cupcake owner TABITHA MEREADY often uses horseradish, jalapeño, and habaneros in the gourmet cupcakes she creates at her two Wilmington locations (she used to use fresh cracked pepper on top, a practice she’s stopped).

Why? Well, it’s part marketing, a little southern recipe revision, and a tad of finding a niche in the sweets industry. She designed her business to be simple, so she could run it herself, as she is now, yet “eye-popping.”

It’s a good business recipe for Meready, who says she loves to eat and always had a desire to open some sort of eatery that sells something unique and beautifully presented.

When developing her business, Meready knew she had to find a niche or she wouldn’t be able to compete. The name for the shop came from a recipe for “Jezebel Sauce” Meready’s aunt gave her.

It included cream cheese covered with a mixture of marmalade and horseradish, topped with fresh cracked pepper and served on a cracker. Her signature cupcake, the peppered cupcake, was developed around this idea. It’s one of her best sellers.

The marketing part: Who won’t tell someone they just had a cupcake with peppers in it? And then they tell someone, who tells someone else. Before you know it, customers are doing word-of-mouth advertising for your business.

She says one of her biggest advantages of her starting her business was her lack of cupcake experience, which led her to create unusual flavors rather than trying to keep up with the Joneses of cupcakes.

Prior to her foray into the cupcake business, Meready had a number of jobs, including homemaker, actress/spokesperson, and organic pet bakery owner. She had moved back to her hometown of Kinston after being away from it for 12 years. Here, she started a concierge business offering a variety of services. She often networked trying to drum up business. She also wanted to open a business, however, were the product she created spoke for itself, rather than her having to explain all the services she was providing at the time.

It was at one of these networking events Meready attended in Wilmington where she got the idea for her next venture. A local cupcakery provided the desserts for the event and she loved the aesthetic and the presentation. She was onto something despite not really having much experience baking.

“I’d never baked, other than playing around home. I’m sure they were mostly flops and probably out of a box,” she recalls.

She knew she had to perform her due diligence, and she dug into the research, particularly about marketing and recipes (hint: search for ‘world’s best cupcakes’ or the best of anything for which you search if you want to aim high).

“Then I said, ‘You know what? I could do this myself,” Maready says.

She found a vanilla and two chocolate recipes she really liked and from them, she created all her different flavors, almost 100 different ones.

The buttercream frosting, which is one of her signature sellers, happened by accident.

“It looked like a bomb went off in my kitchen,” she says about experimenting with recipes in her small kitchen. Often, she would let her mixer “just run and run and run” while she tackled the cleanup.

One time, she left the mixer running much longer than was needed to incorporate the sugar and as a result, her buttercream was less dense and lighter than previous efforts. Her customers loved it.

Her research had also indicated two major complaints folks had about cupcakes: the cakes were too dry and the frosting too sweet. “We don’t put a ton of sugar in the buttercreams.” 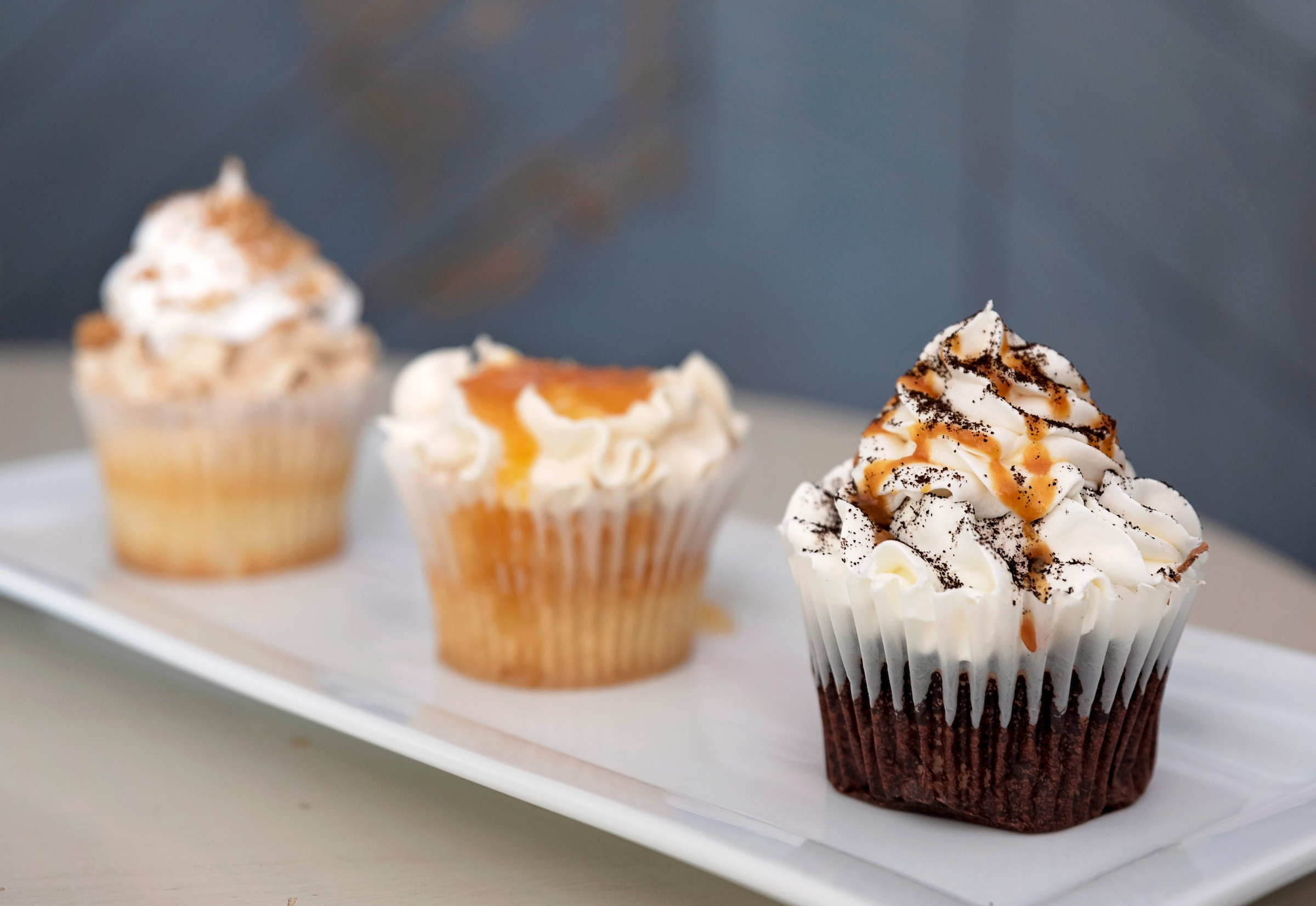 She created TPC initially as a virtual business that she marketed online. She knew she had to get her product out there, so the website she created allowed customers to see the product and fill out a form to have the cupcakes delivered within a 90-mile radius of her home. She got her first order from a woman in Tennessee who wanted the treats delivered to Greenville, North Carolina. Later, she was selling in restaurants and coffee shops, including locations in Wilmington and Wrightsville Beach, as well as Pine Valley Market in Wilmington, which she delivered to for two years.

She became more efficient at production after she met a couple with a catering business who let Meready use their kitchen. Still, she yearned for a brick-and-mortar storefront, a destination to which people could come and see everything she offered and meet her to chat.

In December of 2012, Maready was able to use a house in Kinston that belonged to her fiancé and his family. People started coming from New Bern and Raleigh. Business grew, as did Meready’s desire to have a storefront in Wilmington, a bigger market where she wanted to live and raise a family.

She found her first location on Front Street in 2014 and in 2017 she opened the second location at Racine Commons.

COVID-19 had impacted TPC as it has much of the world. The Racine Commons location is open curbside Wednesday through Saturday (check the website for updates in this evolving situation), the downtown location is temporarily closed and she had to let her staff of four go.

But some things have remained the same.

Her products speak for themselves.