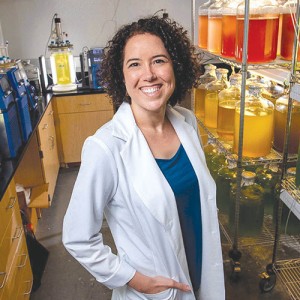 University of North Carolina Wilmington research professor CATHARINA ALVES-DE-SOUZA was awarded a $1 million grant as part of more than $3 million in funding from the U.S. Department of Energy Advanced Research Projects Agency-Energy.

The grant is part of the ARPA-E HESTIA program that aims to increase the amount of carbon stored in buildings to create carbon sinks, which absorb more carbon from the atmosphere than is released during the construction process.

The project will investigate an alternative method to generate cement that stores carbon dioxide (CO2) by using calcifying micro algae that capture CO2 in the form of limestone plates that cover their cells, according to the university.

Alves-de-Souza will be a part of an interdisciplinary team made up of researchers from the University of Colorado Boulder and the National Renewable Energy Laboratory. The project is led by WIL SRUBAR, an architectural engineering and materials science associate professor at CU Boulder.