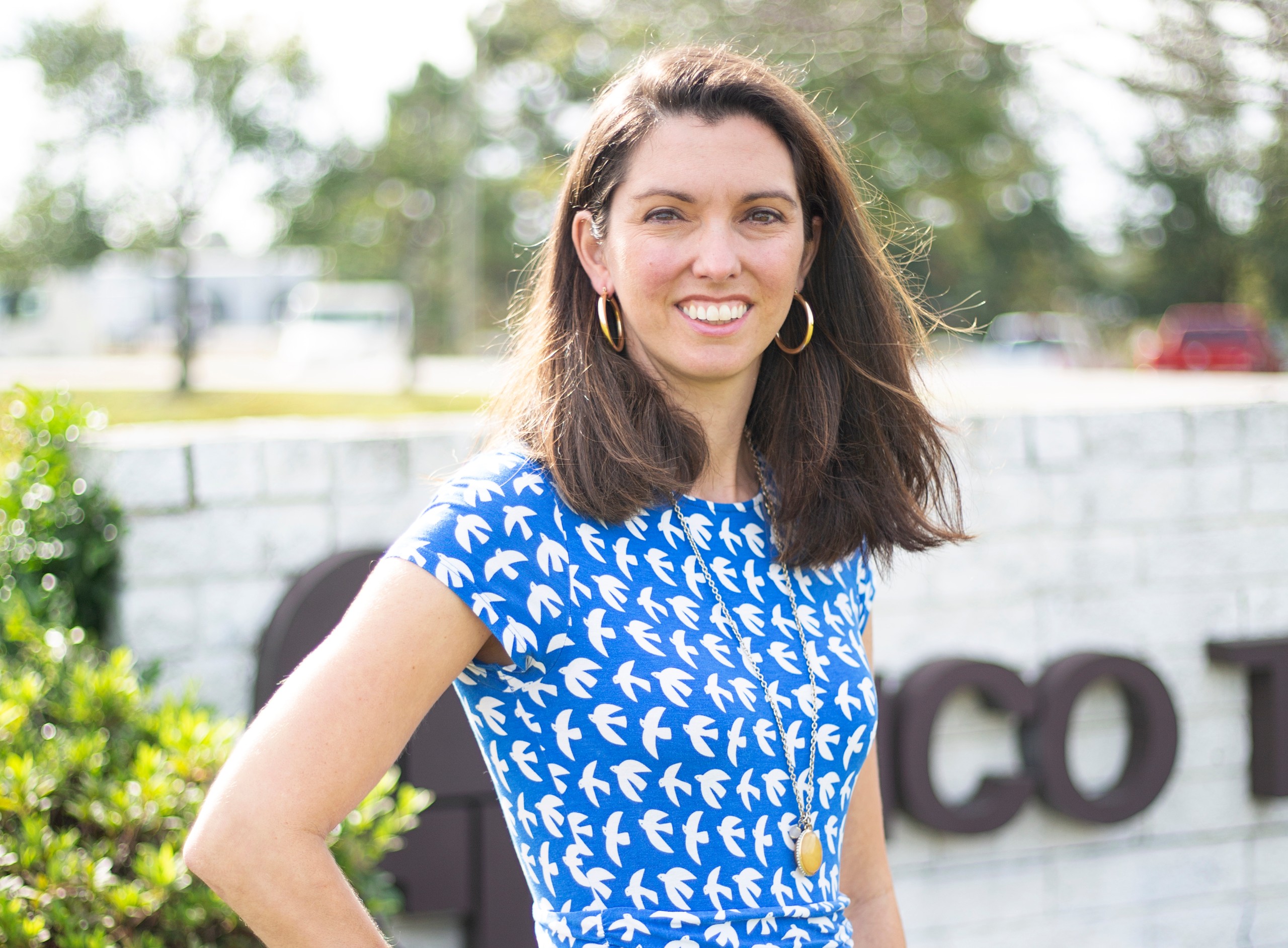 When LAURIE KING was a child, she wanted to be a ballerina. Her father, Danny, wanted her to be a truck driver. So, his joke for the family was that his daughter was going to be a “Truck Driving Ballerina Nun.”

All kidding aside, King says the family still laughs about it, but she has not disappointed her father. Her role as vice president, director of corporate relations at MCO Transport is carrying on her family’s legacy in the trucking world, a legacy she is very proud of.

“My grandfather started the business in 1976 and it has been in our family ever since and because of that I have been around the trucking business all my life,” she says.

King, 36, says that many of the people who work at MCO have known her since she was a child. However, there was a time when she wasn’t sure she wanted to work in the family business.

“When I graduated from high school, I wanted to get as far away as possible. So, I went to Wake Forest University for school,” King says.

After majoring in political science, she would go on to spend the next seven years in the college advising arena. A job she says was enjoyable and quite fulfilling, but as she grew older, she did miss home.

In 2013, the opportunity finally came to return to Wilmington when King’s husband Aaron got a job teaching at UNCW. She says it came down to a choice of whether she wanted to continue in the education world or use her skills in her family’s business.

“My family has done an incredible job with our business and so I wanted to be a part of that and to see that legacy continue,” she says.

King says that she already had knowledge of how the business operated because she had grown up in it. However, being out of the business for a while, she immediately wanted to learn all aspects of MCO.

And she says being a woman in a male-driven industry didn’t intimidate her one bit.

“I’m so fortunate because so many of our drivers and staff have watched me grow up, so I was able to fit in to the puzzle here,” she says, adding that she has worked as a mechanic’s assistant as well as riding with drivers on their routes when needed.

I need to understand the many different parts of our business to be able to bring perspective to it,” King says.

She says the company also has women drivers who are successful in their roles despite most assumptions that truck driving is a male world.

King feels that she has truly come full circle. MCO Transport has four locations, all in port cities. Headquartered in Wilmington, the company is strongly tied to the global economy through transporting exports and imports to the local ports.

Through her role as vice president, she is using her degree in Political Science. She closely monitors the United States relations with other world powers such as China as it affects the trucking industry with what is happening around the globe. She also works closely with employees to provide HR assistance.

“If there is a problem, I like to find a solution and understand a process so that we can improve it,” she says.

And of that legacy her grandfather starts decades ago?

Says King, “It’s certainly a humbling feeling. I want to make sure I honor that legacy.”