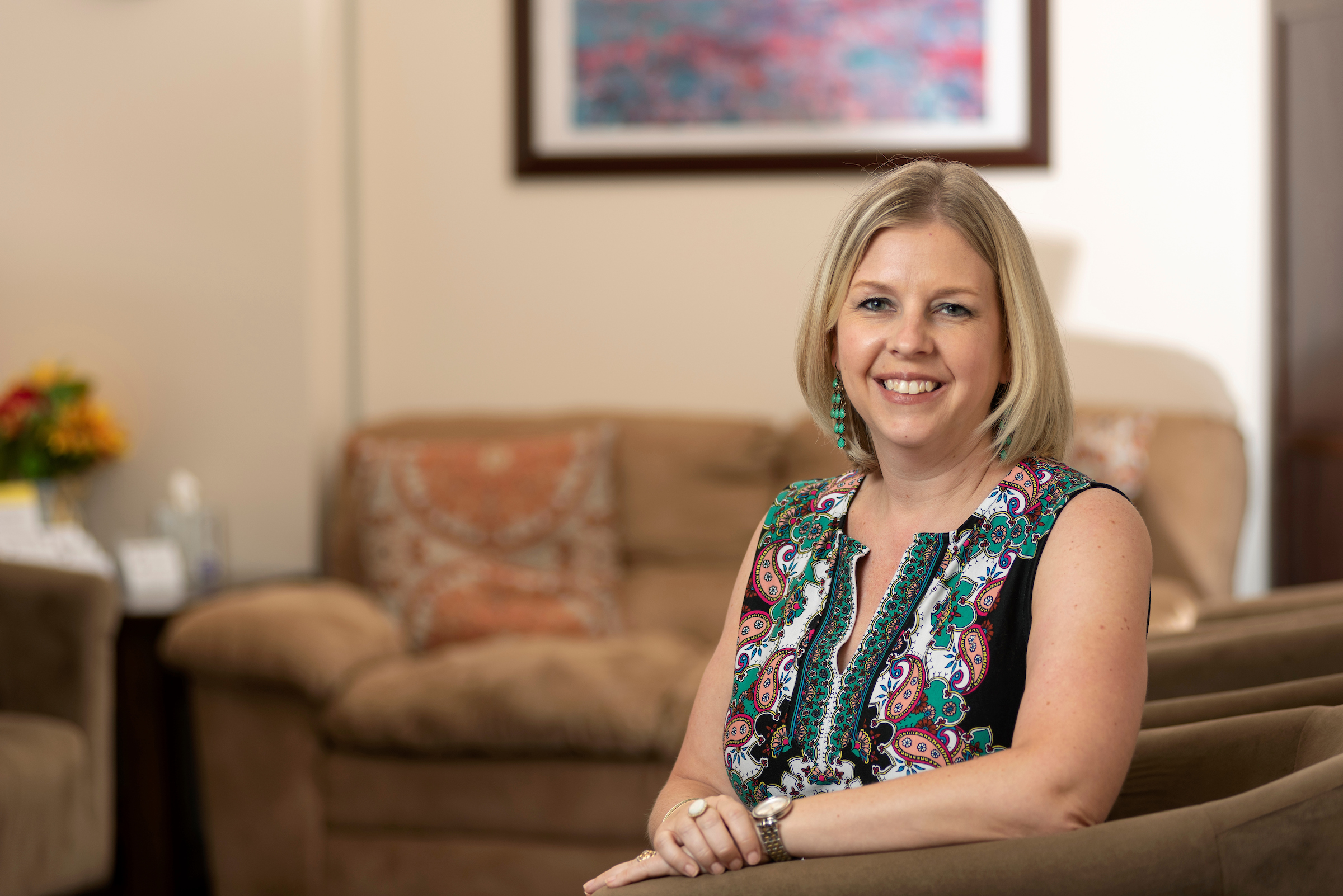 Chrysalis – a protective cocoon that encapsulates a caterpillar on its journey of change to become a butterfly.

KELLY BROADWATER is the executive director of Chrysalis Center in Wilmington, a center whose name was inspired by that nurturing environment.

“The Chrysalis Center in Wilmington is named for the symbolism of that metamorphosis and the beauty and possibilities that comes with change,” Broadwater says of the center which provides counseling services for a wide range of clinical issues including the treatment of eating disorders.

“Eating disorders have the highest mortality rate of any mental health disorder. More people die from eating disorders than any other diagnosis, including addiction,” she says. “With multi-disciplinary treatment, outcomes improve.”

“We did it all! We were our own receptionists, billers and even janitors,” says Broadwater, who co-founded the center.

In 2017, services expanded beyond outpatient care. A state-licensed Intensive Outpatient Program (IOP) for adults with eating disorders was designed. The program is accredited by The Joint Commission which sets global standards for medical services validating quality and safety standards.

As the only IOP for eating disorders within 130 miles, the center sees patients from Southeastern North and South Carolina.

“Everyone working here has specialized training and, in some cases,, certifications in eating disorder treatment,” Broadwater says. “The therapists are multi-faceted and have other expertise and specialties. These include addiction; grief; relationship counseling; and sports nutrition.”

Broadwater herself has multiple credentials. Following in the footsteps of both of her parents, she attended Clemson University on a scholarship to obtain a Bachelor of Arts in psychology with a minor in women’s studies. She subsequently attended Appalachian State University, in Boone, North Carolina for her masters in clinical psychology.

“Appalachian appealed to me for its strong program, but also offered opportunities for research and teaching,” says Broadwater.

She is a certified eating disorders specialist and an approved supervisor through the International Association of Eating Disorder Professionals.

The event, held annually in Philadelphia, Pennsylvania is recognized as one of the premier eating disorder conferences in the country. Broadwater spoke on ethics in the treatment of eating disorders.

A self-proclaimed army brat growing up all over Virginia and Georgia, Broadwater now calls Wilmington home after eighteen stationary years. Her husband Stephen operates the business side of the Chrysalis Center. They have a three-year-old daughter, Evie, and a rescue dog, Georgia.

During COVID-19, the center has adapted and is offering a virtual four-week wellness course taught by a registered dietitian and therapeutic assistant targeted for front line healthcare workers. It is free for New Hanover Regional Medical Center and county employees. Additionally, telehealth is in full operation and the center continues to accept new patients.

“I’m proud of our team’s response to COVID-19,” says Broadwater. “We joke that our unofficial motto is ‘work hard, play hard.’ We have a lot of fun together which builds a strong team and helps since we do such serious work.”

“We treat much more. We are a diverse team with a variety of experience.”

Paddling for a Cause