Qigong and acupuncture aid in healing 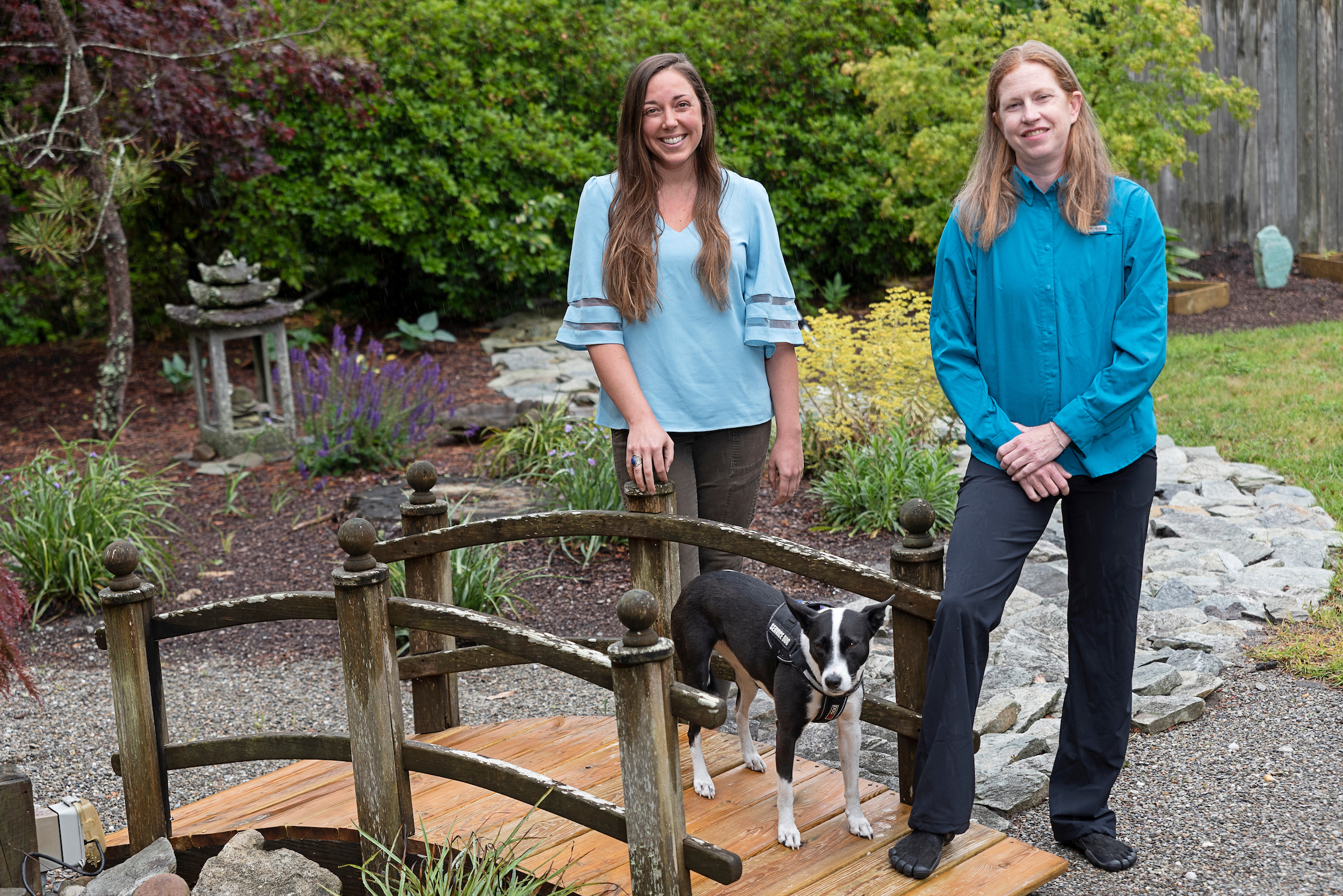 Both the Eastern practices of qi gong (pronounced chee-gong) and acupuncture help use the energy within body to heal.

The thousands of years old Chinese practice of qi gong combines graceful methods of breathing and movement to balance a person’s internal energy.

Culbreth holds a M.A. in clinical mental health counseling from North Carolina Central University, and she is also an Army veteran who served in Iraq.

LINDSAY BUFFKIN (pictured left), a licensed acupuncturist at McKay, is a Wilmington native who did not grow up in Eastern medicine, so she understands how people can be skeptical of how different qi gong and acupuncture can seem.

“Talking about energy seems to have weird connotations, but we do have those descriptors in physics,” Buffkin says. “Qi is the body’s potential energy, like coil springs that build and release and it is constantly going on in the body, so acupuncture uses needles to tap into that sending the body a message to allow the body to perform those actions.”

Buffkin is graduate of Daoist Traditions College of Chinese Medical Arts, where she graduated with a dual master’s and doctorate degree in acupuncture and Chinese medicine.

“I am an overachiever. I never do things the easy way,” Culbreth jokes.

At one point, between cancer, post-traumatic stress disorder, and sleep medications, Culbreth was on twelve different medications.

Culbreth’s health philosophy shifted to traditional Chinese medicine when she asked herself, “How can I, if at all possible, naturally heal and work towards healing in a more natural way?”

In order to move away from her “army of medicines,” Culbreth discovered qi gong to help heal more naturally.

“I never stopped my Western medicines, but over time, under a doctor’s supervision, I weaned myself off one at a time and empowered myself to take back control,” Culbreth says. “It knocked me on my behind, but qi gong and Chinese medicine helped me get off all those meds and get back to running and working out.”

Eastern practices use the body’s built-up reserves of energy – the life force of energy that keeps our bodies going to help the body heal itself, according to Culbreth.

“It gave me my life back. It gave my life meaning as opposed to just going back and forth to the doctor’s office,” Culbreth says.

“The body can learn a new pathway of doing things – it knows what is beneficial and qi gong and acupuncture and herbal medicine guide the body to use that knowledge,” Buffkin says.

Eastern practices use the power of the mind in ways we often disregard from our Western perspective.

“That centered, emotional energetic stance helps people to work with a monkey mind- that ping pong ball that constantly bounces around one’s mind,” Culbreth explains.  “When the physical and emotional body can align, with practice, you can act rather than react to what is going on around you.”

“It’s not an Eastern versus Western thing. They can be cohesive,” Buffkin adds.