At the helm with encore's editor 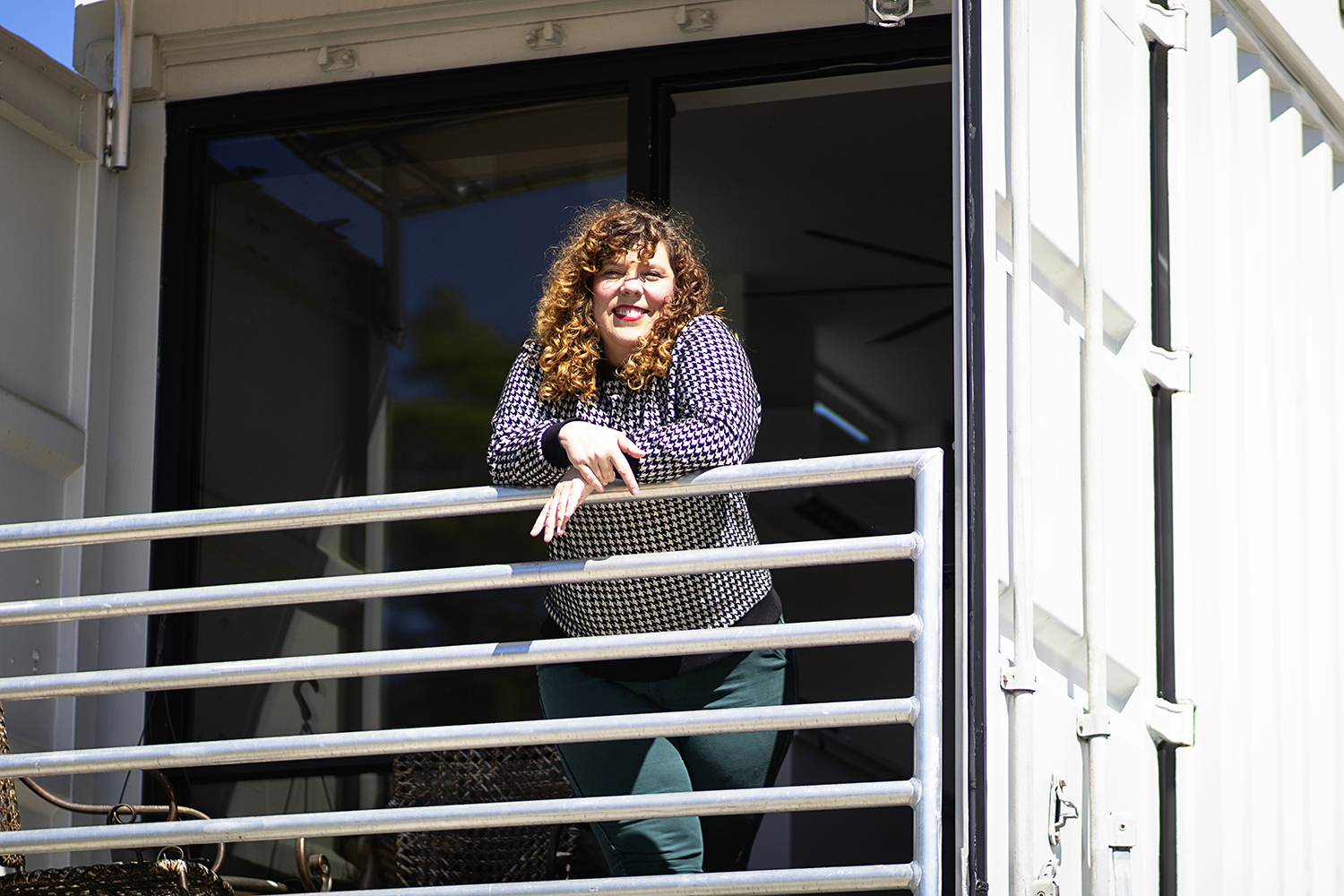 SHEA CARVER has been at center stage of the Wilmington arts and entertainment scene for more than two decades. She may not be in front of the crowd these days, but she’s certainly still at the helm. As the editor-in-chief of encore magazine, Carver is a publishing triple threat—editor, writer, and advertising sales guru.

What began as a college internship turned into a quick climb up the publishing ladder. After seven years with the local “alternative weekly” indie magazine, in 2006, Carver became encore’s leading lady. Her passion for the role, and the Wilmington community at large, continues to grow.

But a long-time career at encore wasn’t originally her plan. After graduating from UNCW, Carver had plans to pursue hard-news journalism—but something changed.

“I decided . . . I would ‘make’ a place for the encore staff,” she says, “and decide if arts and entertainment writing was more up my alley.”

“I always had been immersed in the arts throughout my life—classes in music, choir, and painting, competing in dance, doing theatre,” she says, “and I had been writing since I was in fourth grade.”

So she learned to write about the things she loved most. It was a “perfect fit.” And soon Carver expanded her range.

“The publisher and owner back then, Wade Wilson, told me I had moxie and thought I’d be good in advertising and sales,” she says. “I stayed, took the sales job and continued to write, and really learned all the facets of the paper beyond mere writing.”

She became entrenched in the business community in a way she didn’t expect, by creating and cultivating relationships over the past 21 years.

“I also love learning, and that happens every week with whomever I interview for a story,” Carver says. “I love Wilmington overall and I believe in everything encore does for it . . . (I)t’s a passion, really.”

At encore, Carver wears many hats—still writing and working with advertisers, editing and proofreading content, managing interns, and more.

Carver most enjoys the programs the magazine promotes—Restaurant Week, Bestival (celebrating the arts community), and 12 Tastes (or more!) of Christmas.

“I love problem-solving and figuring out ways to make stuff better,” she says.

And, like all of us, in the past few weeks, Carver and the encore team have encountered many problems to solve. Facing changes due to the COVID-19 outbreak, the publication stopped printing copies for the first time since Hurricane Fran.

“Even at the grocery stores, people weren’t touching what they didn’t have to,” she says. “So we didn’t see the use in printing during this time.”

encore continues to publish a paper online every week, covering the updates from the Wilmington community, especially the arts and entertainment industries, such as virtual concerts, classes, and human-interest pieces that support local business during this time.

Nowadays, Carver only shares an office with her 16-year-old pup, Shadow Wolf Monster, as the team works from home. But they look forward to days when they can again support the arts community in person.

“Never before have we needed art in our lives more than during this time of isolation,” she says.

Why is the Wilmington arts scene special?

“The diversity of artists – in painting, photography, pottery, sculpture, dance, music, theater, culinary art, comedy, written word, film – across all ethnicities, age ranges and genders, truly is comparable to what I’ve experienced in larger cities. More so, the scope of talent and support they have for one another makes our area rife with inspiration.”

What’s your favorite Encore Magazine cover from the archives?

“The two that always stand out are our annual pet cover contest … and any and all PRIDE covers. Support of cute – especially rescued – animals and marginalized people in our society are two areas of importance to me. The week the Orlando shooting happened (in 2016) … we dedicated it to the victims in honor of Alchemical Theatre doing Shakespeare’s Measure for Measure but set it in modern-day North Carolina amidst the passage of HB2.”

What do you enjoy writing about most?

“Used to be music and food; then theater and politics. Today, it’s visual art. Honestly, it changes – I’ve moved through every area of coverage during my twenty-one years at encore, and appreciate how each has challenged my way of thinking or hearing or seeing or comprehending the world around me.”

You’re taking a two-hour drive. Who’s on your music playlist?

How do you express yourself creatively?

“Cooking, gardening, painting/ drawing, tooling around on piano and guitar – not very well, may I add.”