NHCS' educator of the year 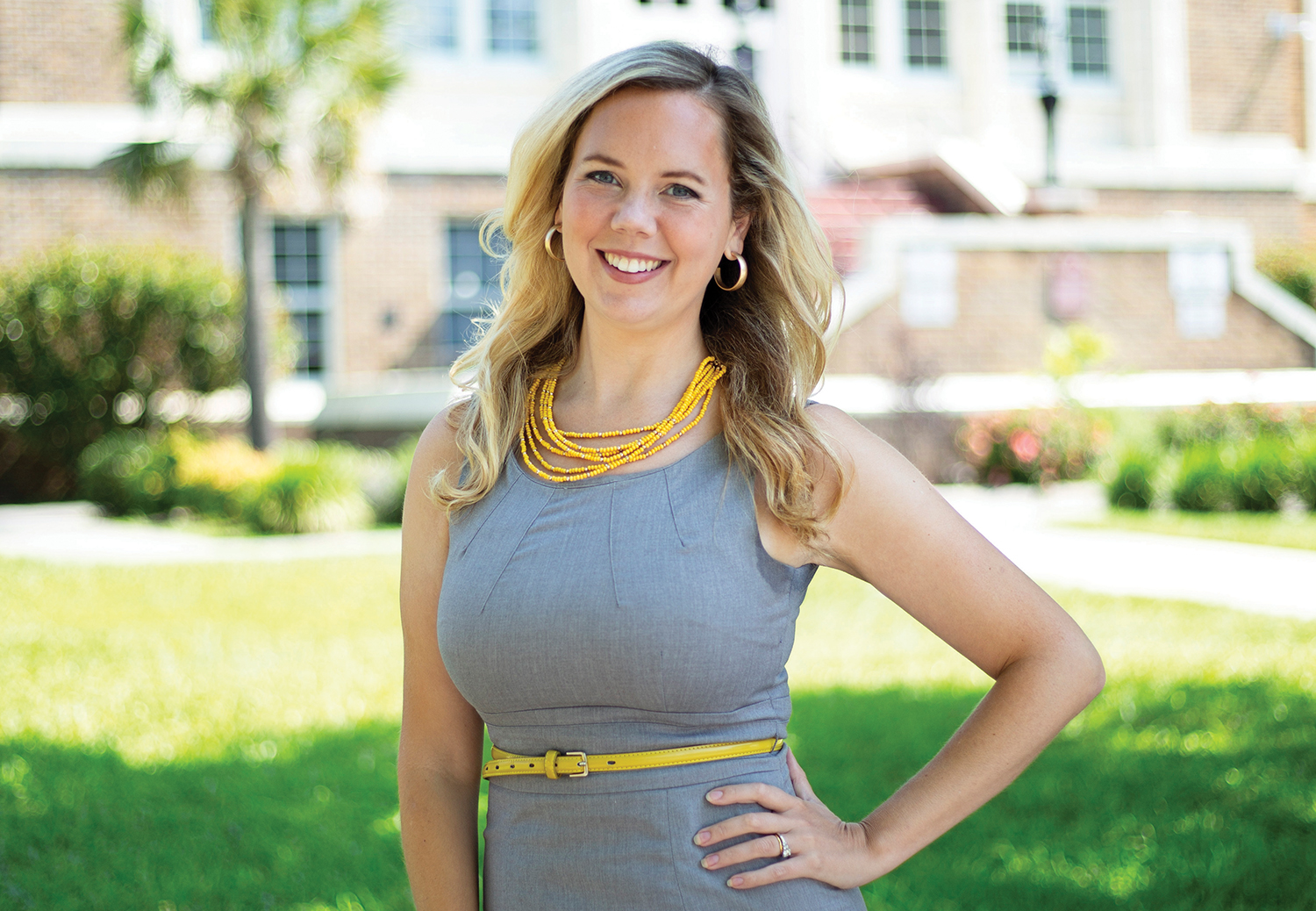 It’s no coincidence that ELIZABETH FELTS, a service learning class instructor and the 2020-21 New Hanover County Schools’ Educator of the Year, pursued her career as a teacher after an internship in the school system.

When she was twenty-one, as a psychology student in Maryland, Felts hosted service learning projects for student groups.

“I saw that education needed more passionate, driven people in it to be radical agents of change,” she says. “That really motivated me to totally change career paths.”

Fast forward a little over ten years, while teaching at New Hanover High School, she received the county school system’s highest honor for her field, along with Hendrick Toyota of Wilmington’s gift of a 2020 Toyota RAV4.

Felts began at NHHS as an English teacher in 2011. In her fourth year, with the encouragement and blessing of former Principal James McAdams, she launched the school’s Honors Service Learning class for juniors and seniors.

As part of the course, students spend two days of the week in the classroom learning about leadership and social issues. On the other three days, they serve the public at various organizations. Felts has more than 40 established partnerships.

“We try to match students with their interests,” she says. “We really try to give them time and space to be in a long-term relationship with at least 40 hours of service learning work . . . You really see [the students] change as individuals, and many continue to volunteer even after the requirements are done.”

In 2018, a similar course for underclassmen, called the BRIDGE program, followed. Co-led by social studies teacher WHITNEY COONRADT, the class introduces service learning to students as early as their first day of high school.

“We want to help them bridge from middle to high school, but we also want to be the bridge by going in to serve the community,” Felts says. “The goal is to help them become lifelong learners and responsible citizens.”

Students of both courses feel empowered to become advocates of their community in the peak of their teenage development. For example, this past school year, course students organized and volunteered service in response to a tragic loss of a NHHS student due to suicide.

“When I gave them an assignment to respond to a need in our school or community,” Feels says, “this group of students obviously saw that as a huge need.”

“All the projects are student-driven,” Felts explains. “Continuing to watch students understand themselves, their communities, and their purpose is something I will always look forward to.”

And now Felts is expanding her range. As her students gain skills and confidence to serve their young community, Felts looks forward to empowering her peers to do the same, as part of the NHCS Emerging Leaders Program, which encourages “teacher leaders” to collaborate.

“We’re in unique times – we see how resilient, innovative and passionate teachers truly are, how schools really are the epicenters of community,” Felts says.  “I definitely wish I could share this award with all the teachers.”

What’s your biggest influence as an educator?

“My students are what motivate me more than anything else because they’re so resilient and inspiring. They deserve a great teacher, so that’s always what gets me up in the morning and drives me to be better.”

Did you have a favorite teacher growing up?

“I was fortunate to have a few teachers who I was really grateful for throughout the years, but one that I still keep up with is Coach Crump. I did not get to have him until my second semester senior year. I was over academics, over school and reading and writing, but he infused a love of learning back into me, and I still try to channel his energy into my classroom.”

If not teaching, what career would you pursue “in another life”?

“Aside from education, I’m supremely passionate about ending domestic violence. I spend a lot of my energy and time trying to be an advocate and supporter for survivors, so perhaps something that would be with that. But, I also just really love food, so maybe I would learn how to cook better and make lots of yummy food all the time.”

If asked to give two words to describe you, what would your students choose?

“The words that have honored me the most have been ‘innovative’ and ‘passionate.’ Through my entire teaching career, I’ve really tried to look at how we’re approaching education, who is learning and how.”

Do you have young students of your own?

“Yes, I have a five-year-old named James and a three-year-old named Emmy. And, I have been their at-home teacher since March 13 (because of COVID). That has been its own beautiful mess! They’ve motivated me as well.”