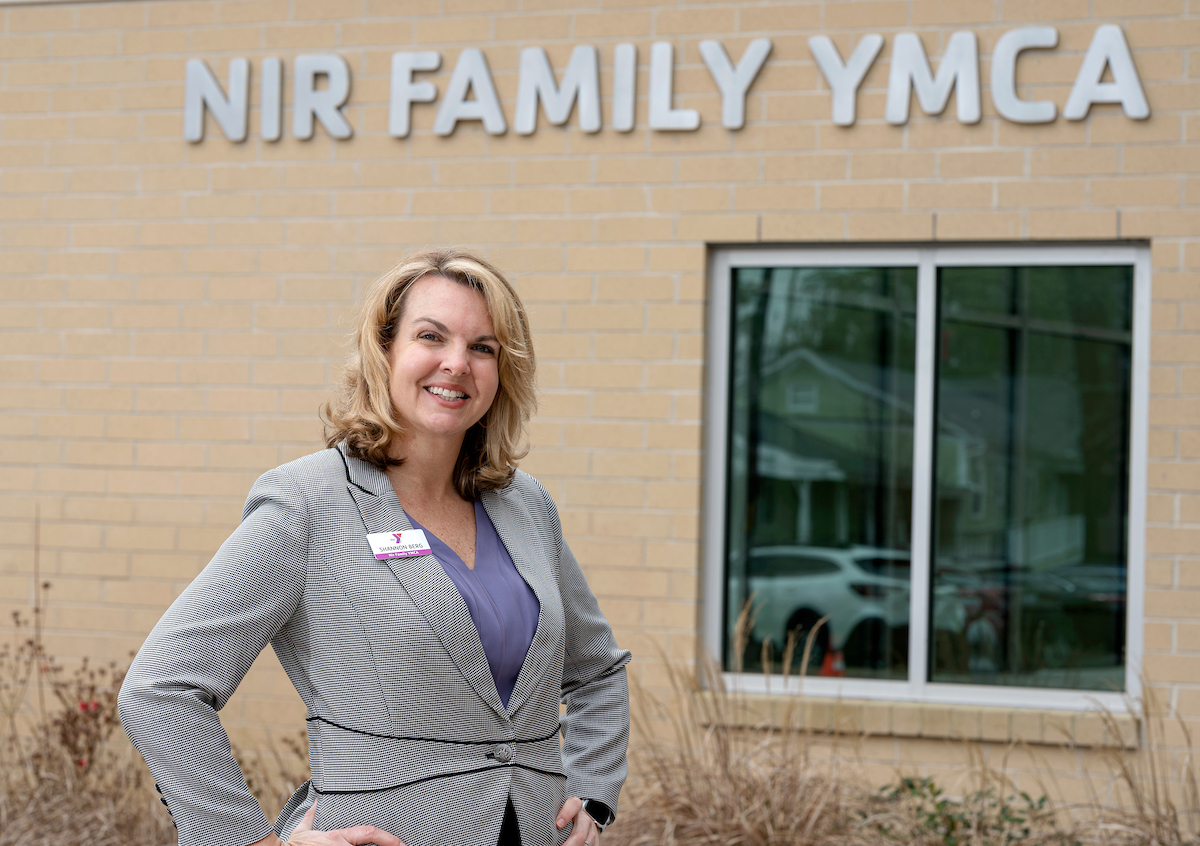 SHANNON BERG’s adoration for the YMCA began in the late 1990s. She interned at a Y in Maryland while studying exercise science in college.

“I fell in love with the mission and the culture – and never looked back,” she says. She moved from Maryland to Rocky Mount, then to Wilmington, taking on various roles ranging from wellness director to operations director. Berg is now the branch director of the Nir Family YMCA in Wilmington. “Anything they would give me, I would it take on,” she says.

In many ways, a fire in February 2015 may have prepared Berg and the YMCA of Southeastern N.C. for the challenges of the coronavirus pandemic. Members and programs were displaced, so the community offered their churches and gyms as locations for childcare and exercise.

“The community really rallied around us. It showed we’re not just a gym. We’re a social hub – a family of all ages and demographics,” Berg says.

While the YMCA rebuilt, they opened the Express Y, added a second midtown branch, renovated one of the indoor pools and partnered with the City of Wilmington to operate the city’s three outdoor swimming pools in the summer.

In December 2018, the YMCA celebrated its grand opening, offering an expanded facility, and programming. “YMCA members were resilient,” Berg says. “People stuck with us.”

In mid-March, the pandemic forced the YMCA to close its doors again.

“We thought we’d only be shut down for two weeks,” Berg says. “We were closed until June.” But the Y stepped up to meet the community’s needs by delivering school lunches to at-risk communities, serving as a pick-up location for the New Hanover County Senior Resource Center’s lunch program, and providing essential childcare.

“That’s what’s unique about the Y. We ask ourselves, ‘What does the community need at this time and how can we help?’” Berg says.

The YMCA safely and slowly reopened with limited capacity in June, beginning with the pool.

“We only allowed one person per lane, so only six people per hour. Operationally, we were doing a lot just for six people. But we had to do it,” Berg says. “Our members need the pool, not just for exercise, but for mobility.”

The Y got creative about how to keep members physically and mentally healthy. Last summer, members exercised under an outdoor tent. Day camps and outdoor youth sports still operated. The Y reopened its indoor facilities in September with required reservations and temperature checks. Staff even met one-on-one with older adults to show them how to use the app. The athletics department hosted soccer from November through February, a typical off-season.

Parents were relieved to have options for restless children at home.

Berg says 2020 taught her a lot as a leader – and a person. “I’m a wife and a mother, so I’ve struggled at home. But I have to be patient with my team because they are struggling too.” She says she’s leaned on her faith and doesn’t take her role for granted.

“We hit a low, but we appreciate where we’re going. I want to keep learning how to pivot, motivate people and have fun.”