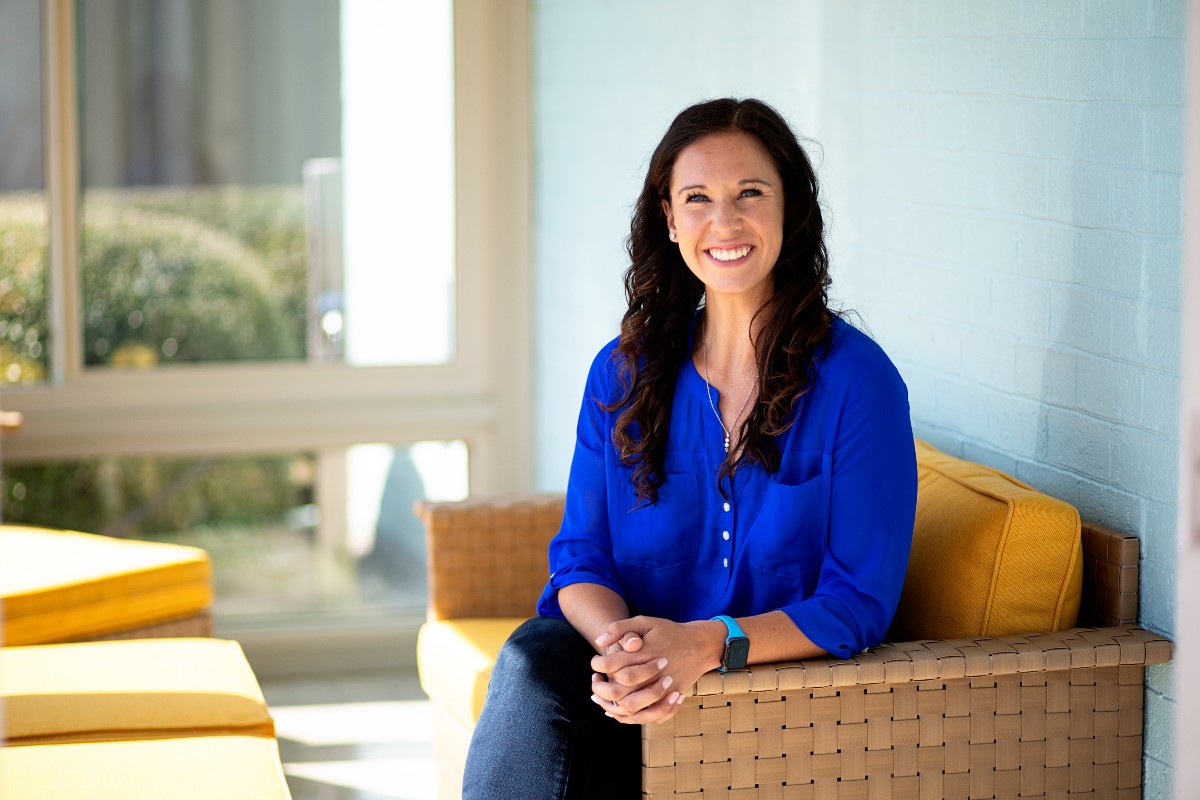 TAYLOR WADDLE once did marketing and public relations duties for Porch Conversion in Wilmington. Those skills will come in handy as she and her husband, TOM, also a former employee, now own the company, which designs and constructs sunrooms and porch enclosures.

According to the website, the eleven-year-old company has installed more than 4,000 sunrooms and patio enclosures, won eight Angie’s List Super Service Awards and has been named one of Remodeling Magazine’s Top 50 Sunrooms and Patio enclosures Contractors in the country.

Originally from Simsbury, Connecticut, Taylor Waddle came to North Carolina to attend High Point University, where she received her undergraduate degree in communications. She moved to Wilmington to pursue a marketing opportunity while attending the University of North Carolina Wilmington, where she earned a master’s degree in higher education administration.

She first came to work for Porch Conversion for two-and-a-half years beginning in 2015, while she was getting her graduate degree. She managed the warranty and marketing departments. Taylor Waddle left this job to go to a custom home builder in Wilmington, where she worked for nearly four years handling customer and municipality interactions from post-sale through construction and the warranty period.  She also took care of the company checking account, permitting, and daily operations.

Her husband and Porch Conversion co-owner, Tom Waddle, had also previously worked for the company, first as an assistant to the crew leader and then as a crew leader. As the name implies, the crew leader leads the crew during the project and installation. Tom Waddle had served in the U.S. Marine Corps and later also worked as a superintendent for a custom home builder. While he’d never formally studied construction, he learned on the job.

Taylor Waddle was inspired to return to Porch Conversion “because I felt it was a great company and I felt like Tom and I could make it grow even more,” she says.

“Sales are strong, especially right now with everything going on [the pandemic],” she says. “Everybody’s at home, wishing their spaces were bigger, that they had more square footage for their homes, and one of the ways to do that is to add a sunroom.”

She says it just seemed like the perfect opportunity to blend her knowledge of construction and Porch Conversion with the state of the market. She also obtained her general contractor’s license. Her work with the homebuilder also gave her additional skills and knowledge that would be useful.

The couple closed on the business in January, although the former owners, Paul and Mary Maki, Brian Walsh, and Scott Fitzgerald, had approached the Waddles with the idea earlier. Walsh will stay on as field superintendent and Paul Maki and Fitzgerald will help with the transition and consulting. The Makis own another porch business and share office space with Porch Conversion.

Taylor Waddle says company goals include maintaining their foothold in Southeastern NC and expanding into South Carolina. They want to take over the southeast as the top sunroom and outdoor living space contractor. She’s at work updating the website, logo, Facebook pages and other marketing initiatives, and formalizing company processes and procedures.

They don’t do much advertising or paid marketing and say it’s the quality of their product, word of mouth, and neighbors seeing other neighbors converting their outdoor areas that often drives business.

“One room will sell five more if we do it right,” Tom Waddle says.