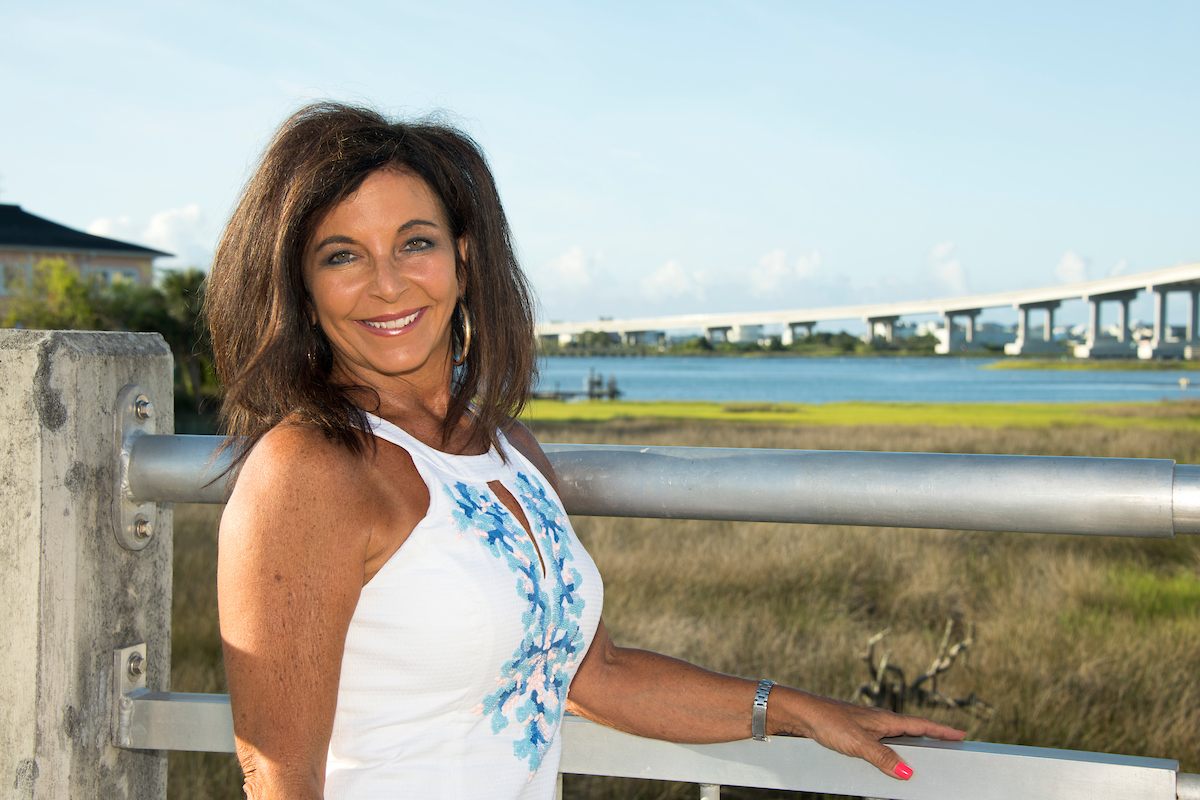 Maintaining the status quo is a foreign concept to KAREN BURTON, executive director of The Greater Topsail Area Chamber of Commerce. Burton, who undertook the position in January of this year, has already helped revitalize an organization that had declined in membership and activity during the previous three years when it lacked a director. A year of COVID-19 restrictions hadn’t helped.

“From January 5 until now, we have 49 new members,” she said in early July. “That would be impressive even for a big-city chamber. I want my county and my region to thrive and prosper, as I love seeing good things happen to the community where I have always lived, and that I love. One of the things on my platform is to build up our membership and get former members back.”

The Greater Topsail Area Chamber of Commerce covers North Topsail Beach, Holly Ridge, and Sneads Ferry in Onslow County and Hampstead, Scotts Hill, Topsail Beach, and Surf City in Pender County. During her first six months as its part-time head, Burton has led the chamber’s efforts to clarify and live out its mission as an economic development sparkplug and community development agent.

That has involved helping local businesses – especially the many tourism-dependent businesses – recover from the effects of the pandemic.

“We refer to all members as our chamber family members. Working together we are going to create even better things, including growth,” Burton says. “I have a strong chamber board. We want to be there for our members, provide direction, and give them support.

“We have been providing resources – thanks in large part to the (Cape Fear Community College) Small Business Center and ([its director) Jerry Coleman – on issues like PPP loans and Workers’ Comp,” she continues. “Through the SBC we offered a webinar to our members on how to create the Disney experience. I want our chamber to become like that: making the greater Topsail area a place, just like Disney, where people want to return to.”

Burton says her nearly three-decade career in education prepared her for her current role. For one thing, she says, she’s not afraid to get up and speak in front of people. She made presentations on county and statewide levels as a teacher and a teacher coach; she speaks to local government and other groups now.

Burton’s education career began in 1987 in Pender County when she was hired as an elementary school teacher. From there, she moved to the middle school level where she worked with academically gifted students, eventually becoming the coach for all gifted students in the Pender County high schools. Before retiring in 2014, she also became an instructional coach for teachers.

After leaving the public schools she was hired by Harrells Christian Academy in Sampson County to oversee curriculum and instruction. But the school’s need for new equipment, including computers, led to Burton’s appointment as director of advancement.

She retired again in 2017 to take on the role of grandmother when her daughter had a baby. Caring for her family became Burton’s primary focus for several years, and she remains a devoted grandmother who spends significant time with her growing granddaughter even now as she helps grow the chamber.

A major focus for Burton and the chamber board is economic development. They formed a subcommittee for this endeavor.

“Economic development is a passion of mine,” she says. “We want to become the region that can thrive; that’s enticing for new business. One of our goals is to become a hub of information and support and to have economic consultants helping small business owners with business plans and marketing, and listening to their ideas. We want to have small sessions to talk about issues and what the chamber can do.

“Pender does not have a county economic planner. We are working very hard regionally to develop this subcommittee so we can be more enticing for business and investors,” Burton says.

A big part of Burton’s approach is developing partnerships and networks, reinforced through events. The chamber is forging partnerships with counterpart organizations in similar communities in the Carolinas, and Burton joined the Association Executives of North Carolina.

Closer to home, the chamber is assisting with fundraising for several local nonprofits like Share the Table, Reel Housewives of Topsail Island, Paddle 4 Troops, and Bullies 2 the Rescue, a bulldog rescue organization.

Ribbon cuttings, Burton says, have turned into “huge networking events.” The chamber hosted its first post-pandemic after-hours in mid-July and plans to restart its Lunch and Learn programs in the fall. She and the board will schedule an economic development summit in late summer or early fall to present relevant data they have collected on regional and state levels. It’s all about being a community resource, she says.

“We work very closely with Pender County Tourism and we’re starting to work with Onslow County,” Burton adds. “As we grow our economic development subcommittee, we are now turning our attention to membership and communications committees. We’d like the Greater Topsail area to be the place that people talk about positively.”