Kathryn Bruner on her journey from Coast Guard to Realtor 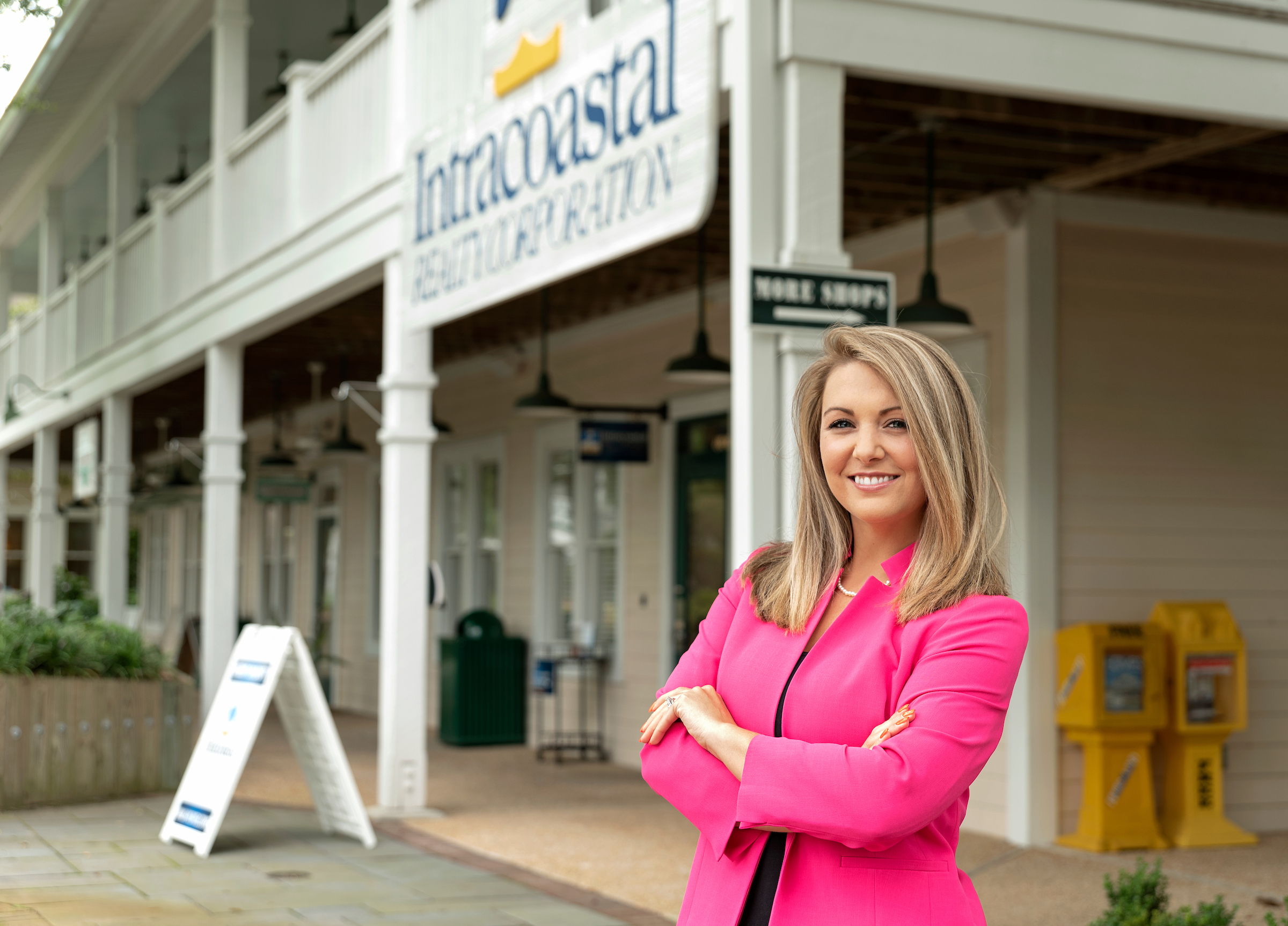 After talking to KATHRYN BRUNER you might need a minute to catch your breath. Once she describes all she has done and is currently involved in, it becomes apparent she is a woman who, when she sets her sights on something, she goes for it and is not afraid to take on new challenges.

From the Coast Guard to her charity work to being recognized as a StarNews Forty under Forty honoree, there is a reason to keep your eyes on her. Not only has she gone places, but she is going places. And she only just turned 30.

Let’s start with the Coast Guard, which brought her to Wilmington. Born in California, she joined the military after high school. Initially, she had no intention of going down that path.

“I literally went from cheerleading camp straight to boot camp,” Bruner says. “My Abercrombie matching sweatpants and cheerleading bag put a bright target on my back.”

After thinking she would be in the military for a few years, 8 1/2 years later, she found “the pressure and responsibility addicting.”

The military, she says, taught her valuable lessons for which she is forever grateful.

“I may have been conducting search and rescue helping others, but the self-discipline and life skills I learned were what completely transformed my future,” Bruner says.

It was a hard transition after leaving the Coast Guard.

“I was so lost,” she says. She dove into the Wilmington community getting involved in networking groups and business events. “But I didn’t speak the same language as everyone else,” she says. “My demeanor, the acronyms I used, the jokes I made, truly fell on deaf ears.”

Enter Bunker Labs of Wilmington, which she could not have found at a better time. “It was like the lights came on,” Bruner says.

Bunker Labs is a monthly networking group that helps transition veterans and grow a business. Bruner gets the unique opportunity to travel across the country to different Bunker Labs events.

“We are surrounded by the military in Wilmington. Every day, we have men and women feeling like they no longer have an identity once they take that uniform off,” she says. “I could not become a city leader for Bunker Labs fast enough.”

“I found my Wilmington family when I found PCYP,” she says. Through the organization, she has made many lifelong friends and has taken on an ambassador leadership position.

So, with the Coast Guard behind her what is Bruner up to now? She currently is a broker and Realtor with Intracoastal Realty. Some would say that is a big change from the Coast Guard and Bruner agrees.

“I definitely don’t get the same adrenaline rush. I do miss that,” she says. But she was drawn to something in particular that real estate offers.

“After being in a strict military environment my entire adult life I wanted freedom, I was ready to be my own boss,” Bruner says.

But that freedom came with challenges—mostly having to self-motivate and implement structure.

“My transition to real estate from military life was scary,” she says. “To go from having so much structure that my hair bun could be no more than two inches wide was tough.”

But in her typical fashion, she confronted her days putting her nose to the grindstone. “My first morning in real estate my phone didn’t ring at all,” she says. “After that initial shock wore off, I was motivated and knew I was going to do everything I needed to succeed.”

So has the COVID-19 pandemic slowed down her momentum? Bruner will admit to a dishearteningly yes but remains hopeful.

“I am a people person. I network for a living. I have been very fortunate to stay very busy during this time.”