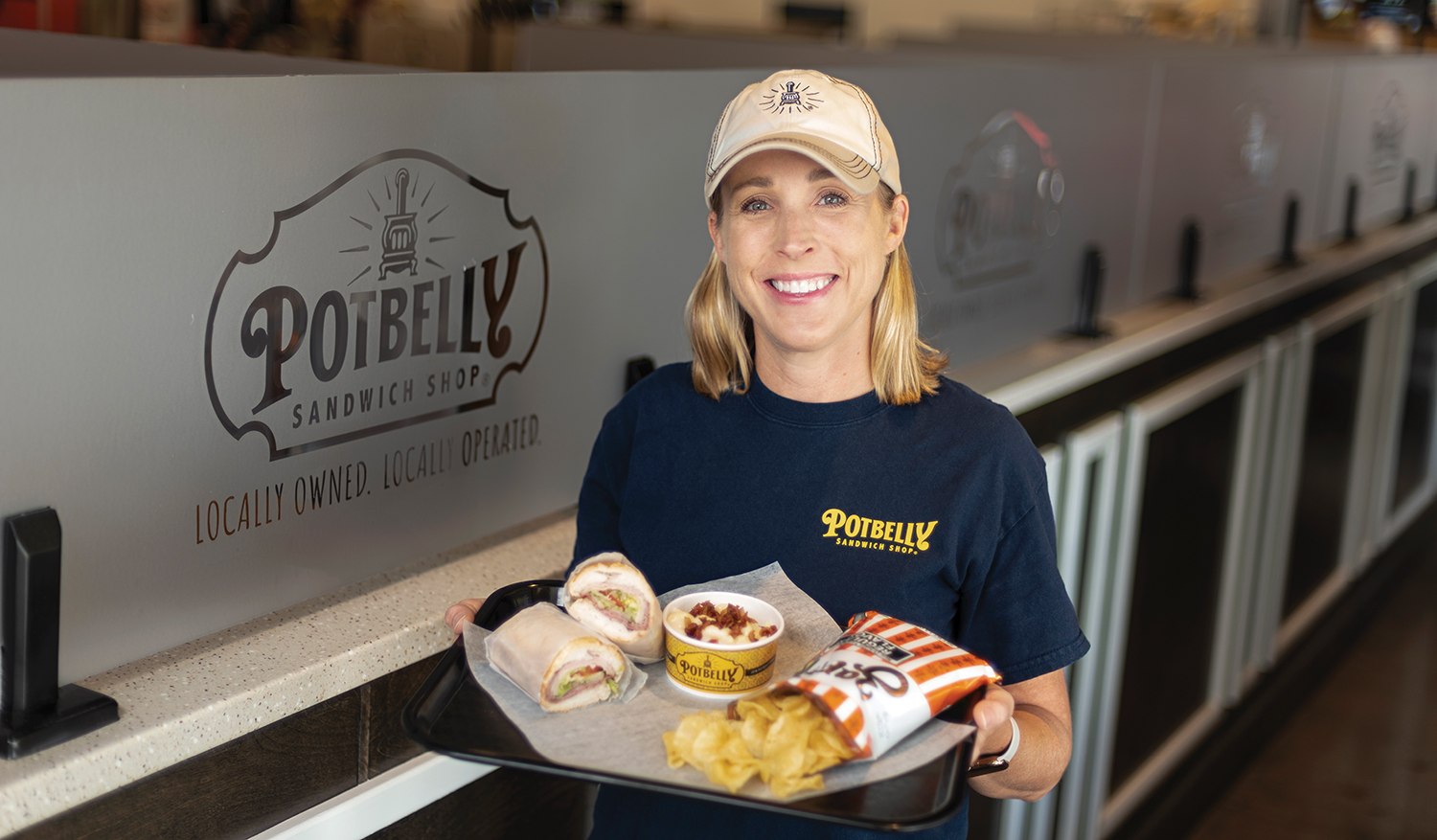 Whether it’s the rich Pizza Sandwich or the clean Mediterranean Chicken, it’s a sure thing that the Potbelly Sandwich Shop delivers a taste of yumminess and brings something new to Wilmington when new is needed.

“We are very excited to be able to bring this to Wilmington,” says BRENT BROUSE, who owns and operates the restaurant along with his wife, MICHELE.

Living in Chicago and moving to Wilmington in 2012, the couple has never forgotten the Potbelly shops that are in that part of the country. They are excited to have this unique eatery in the Port City.

“The menu is diverse, so there is something that everyone can choose,” says Brent Brouse, adding that everyone must try “a wreck” just once. He says the sandwich made of salami, roast beef, turkey, and ham is his favorite item on the menu.

Michele Brouse (above) says that other favorites are the Chicken Sal­ad Salad and the Chicken Pot Pie Soup, and one can only finish up with an ice cream sandwich (that is made with in-house cookies). Oth­er items include classic sandwiches, shakes, and smoothies, as well as cookies and dream bars. 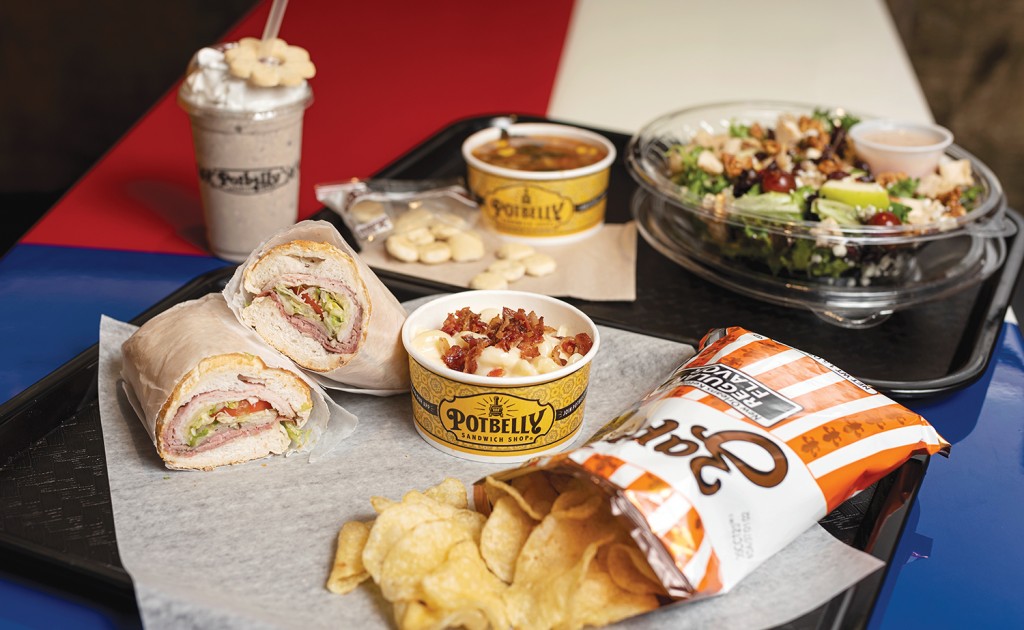 Brent Brouse says that while the restaurant has already proven it’s a lunchtime favorite for nearby New Hanover Regional Medical Center and other medical staffers, Potbelly can also provide a deliciously fast, hot dinner. He says the restaurant has just added breakfast fare to its menu as well.

Nestled along 17th street, the Potbelly Sandwich Shop has opened during an uncertain time for restaurants. Michele Brouse says that despite the coronavirus outbreak, they didn’t want to postpone opening.

“We felt like it was a good thing to bring something new and comforting during this time,” Michele Brouse says.

Restaurant staffers are following safe­ty guidelines to protect patrons as well as fellow staff members. One added benefit to restaurant seating is that the Potbelly has a capacity for a large outdoor seating area for those who prefer to stay alfresco.

The Potbelly Sandwich Shop first started as an antique shop in Chicago. By 1977, the owners began to serve sandwiches to hun­gry customers and soon became a lunch­time staple. While Potbelly is a franchise, it is locally built and locally employed, ac­cording to the Brouses, who are proud to be the first to open a Potbelly in this part of North Carolina. Other locations are already in Charlotte and Raleigh.

The local version of Potbelly has a unique design with bright colors and pho­tos of Chicago adorning the walls. Hanging in the center of the store is an airplane to fascinate kids of all ages. The Brouses took special steps to make Wilmington’s Potbelly feel like home.

The restaurant tables have North Caro­lina designs on them, and one is dedicated to Wilmington’s heritage as a Coast Guard city.

Local is a key word for the Brouses. Both emphasize that it is important for them to contribute to the local community and economy.

“This is home for us, and we wanted to keep it local to Wilmington,” says Michele Brouse.

Earlier this spring, she was instrumental in launching the Meals for Heroes program that assisted in rewarding health care work­ers across New Hanover County.

Modeled after a similar program that started in Washington, D.C., Michele Brouse used her event planning back­ground and developed Caring to Deliv­er, an online campaign that allowed local restaurants to join together to offer support to local businesses.

The program was widely praised, but she doesn’t want to take any accolades for it.

“This is our home and our community,” Michele Brouse says. “We have fallen in love with Wilmington, and our goal is to give back.”