Coach Gina Kirstein helps players on and off the court 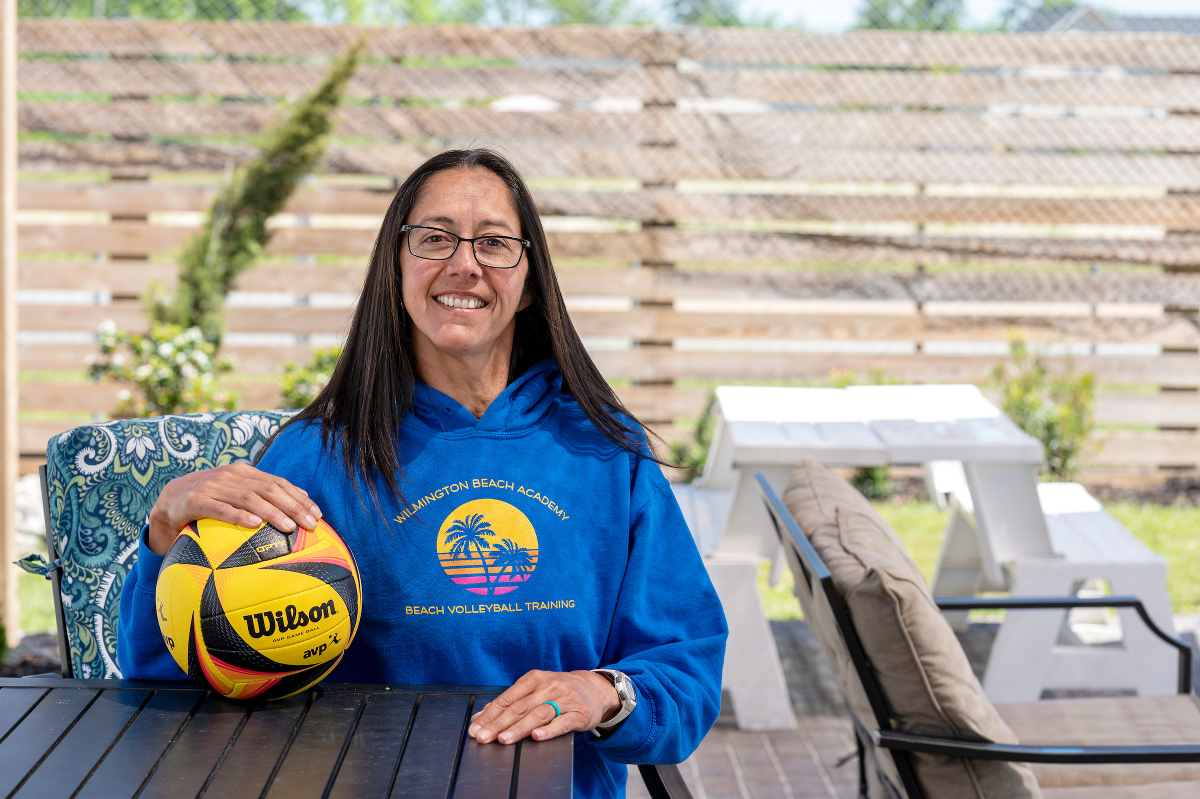 Born and raised in California, GINA KIRSTEIN was athletic and initially played tennis. “I played six to eight hours a day,” she says. Her older brother played volleyball in high school and recommended she try it. “I did and fell in love with it,” Kirstein says. “I particularly enjoyed the team aspect, as opposed to an individual sport like tennis.”

Kirstein played one year of division I volleyball at University of Illinois at Urbana-Champaign. She was sexually assaulted her freshman year in 1994 and left college. She later followed her now-husband to Colorado, where she played indoor soccer. Kirstein got noticed and was offered a scholarship to Colorado Christian University (CCU). An ACL tear sidelined her junior year, and she didn’t return to CCU to finish school.

Kirstein worked as a mortgage lender and pursued a professional career in volleyball – and coached some along the way. She and partner NICKI FUSCO went on to win the largest pro-am tournament in the nation in 2004.

Her husband’s work moved the couple to Wilmington in 2004. “I wasn’t contributing to the home income, and it felt weird,” she says. “My husband kept encouraging me to find and pursue my passion.”

So, she worked as a veterinarian technician. “Volleyball and dogs are my passion,” Kirstein says with a laugh. She returned to school twenty years after she started. Kirstein completed her associate degree at Cape Fear Community College and transferred to UNC Wilmington where she earned a bachelor’s degree in cognitive psychology. “I initially thought I’d be a social worker or a psychologist,” she says. “I balked at being a coach.”

Kirstein fell into coaching in Wilmington – mostly camps and clinics. She also coached the junior varsity team at Hoggard High School and for a local club. In 2018, she started the Wilmington Beach Academy, with just her knowledge of the sport, a bag of balls, and four hard-working athletes with dreams of playing collegiate beach volleyball.

Kirstein found herself blending her psychology background with coaching. “I want to be a good example to these girls,” she says. “I’ve become their mentor and that’s what I wanted and needed when I was their age. I didn’t tell anyone about my sexual assault, and it festered for years. I went through an extensive healing process, which prepared me to be a coach.”

In October, Kirstein opened Wilmington Beach Academy, a two-court beach volleyball facility in Leland. Built to USA Volleyball specifications, she hosts leagues and tournaments and offers private coaching for ages eight to seventeen. Kirstein is committed to offering volleyball to everyone. “It’s a white-dominated sport and travel clubs are pushing lower-income players out of the sport,” she says. So, she partners with the City of Wilmington Parks and Recreation to offer an introduction to beach volleyball classes three months out of the year. “If students are on any sort of government assistance, they don’t have to pay.”

Kirstein says her players keep her accountable and make her a better person. “When done well, sports teach players to not only be on a team, but to stand up for themselves and learn how to speak out against wrongdoing. It builds confidence,” she says. “Women coaching women in sports is hugely important.”

Volleyball provides an outlet for players to better express their feelings. “Seeing their confidence grow is everything. I see them hold their heads higher and walk a little taller. I will always continue to care.”