Mayor LeAnn Pierce on her journey to the council’s chambers 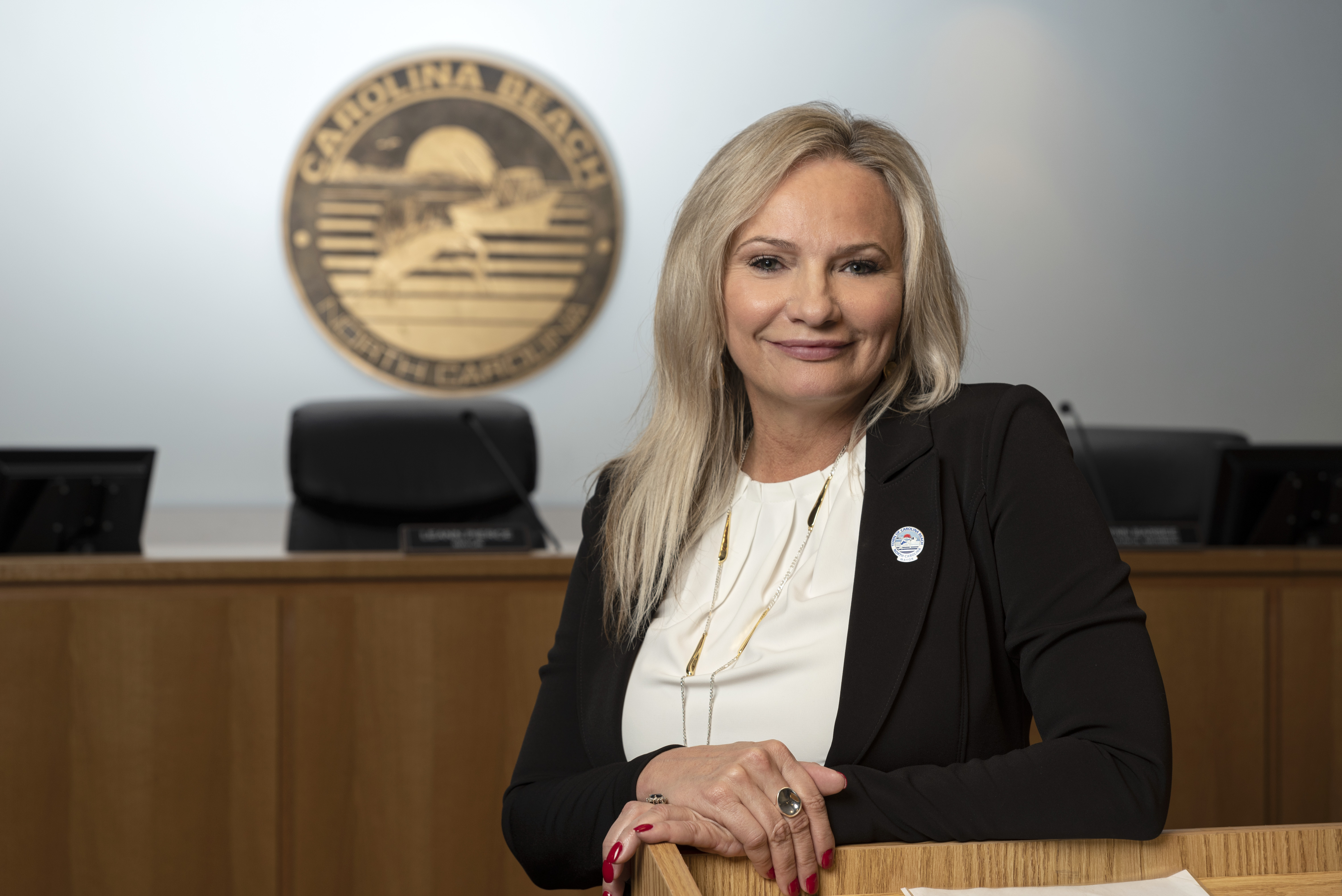 Carolina Beach has a new mayor, and she is the first woman to fill the position.

LEANN PIERCE brings an array of personal experiences to her new role including growing up in a small farming community, running a hotel, and being the mother of two boys.

Pierce spent her childhood in Penderlea, a farming town in rural Pender County where she learned the value of community.

“I spent summers working in the tobacco fields learning what hard work is,” she recalls. “My father taught us to grow our own garden. I learned a love for the land and our environment. And we cared for our neighbors like they were family.”

When it came time for college, Pierce headed to East Carolina University in Greenville, majoring in biology, perhaps influenced by her acquired love of nature.

“I always wanted to become a scientist,” Pierce says.

She also obtained a certification in business and technical communications. And then, “Life took a twist and turn and put me somewhere else,” she says.

After college, Pierce got married and purchased the Drifter’s Reef Hotel on Lake Park Boulevard in Carolina Beach that she still operates today.

Twenty-five years later, Pierce says, “Owing my own business is the American dream. I learned how to make money, budget, cut overhead expenses, and manage people.”

Her lingering desire to be a scientist took on new meaning living at the beach.

Pierce became involved with stormwater drainage and flooding concerns including the impact of rising sea levels and spent time working on beach revitalization. She committed herself to the protection of sea turtles and other wildlife.

It was here, living at the Drifter’s Reef Hotel, where she raised her two boys, Andrew, now twenty-seven, and Kyle, now twenty-three.

Over the past eight years, Pierce has served the town of Carolina Beach on the board of adjustments and various committees including for planning and zoning; arts and activities; business and economic development; marketing advisory; police advisory; land use plan; the Carolina/Kure sewer authority, and as Mayor Pro Tem.

She also served on the Carolina Beach Town Council for the past six years.

“Learning the ropes and the way things work takes time and experience,” she says.

Last year, when Pierce learned of the chance to become mayor, she knew it was her time. She had done her homework and established the local, state, and federal relationships vital to getting things accomplished, she says.

“I was ready and experienced to step up on the first day,” Pierce says.

She was elected in December 2019 with a two-year term.

There is no doubt that Pierce is equipped to handle the challenges of leading a community of 6300-year-round residents and 30,000 seasonal visitors.

“We have a tourism-based economy that our businesses depend upon,” Pierce says. “The challenge is to have a thriving economy while maintaining that small-town feel that attracted our citizens to move here.”

But, that’s not all she faces as mayor. Other issues include parking, Freeman Park access, and beach nourishment. Pierce currently serves on the Carolina Beach Downtown Initiative and she recently graduated from the Carolina Beach Citizens Academy taught by the police department.

Pierce is excited about the opportunity to influence youth and is talking to teens about community service.

“Never give up on your dreams. Never let anyone tell you that you cannot do something,” she advises young women. “You can be wives, mothers, business owners, and career-oriented ladies. You don’t have to give up anything, but you do have to work harder than everyone else.”

Pierce is honored to be the first woman mayor for Carolina Beach.

“I started a business and raised my children here,” she says. “The responsibility of leading our town into the future is one I take personally. The people are like family to me. They want simple, straightforward truth and to that, I am committed.”