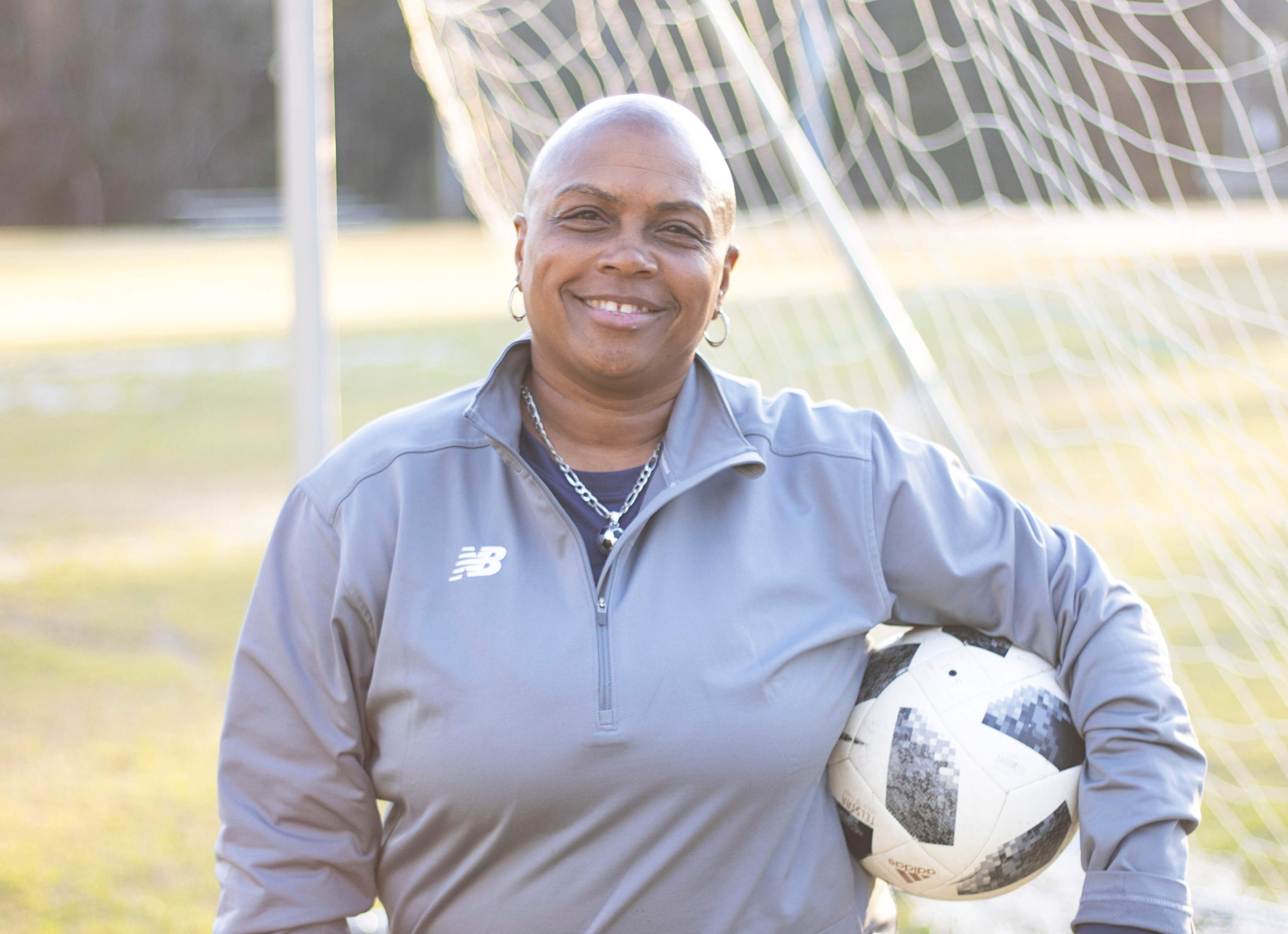 KIM CRABBE lives her passions. One of those passions is soccer. The other is helping children, a goal she achieves as director of the Wilmington Hammerheads Youth Football Club’s community outreach program and as middle school soccer coach of the Girls Leadership Academy of Wilmington.

Crabbe, who is renowned in the soccer world, was the first African American to play on the United States women’s national soccer team. Her prowess on the field was such that she was called the “Jackie Robinson” of women’s soccer.

“Being the first at something puts you on a platform where you want people to be proud of you,” she says. “You want to sustain that legendary title. I’m proud to see where women’s soccer has come and know I was a big part of that.”

Though Crabbe is proud of her legacy as a soccer player, that pales beside her pride in her work as a coach. Crabbe’s goal is to impact at least one child every day, and her tool to do so is soccer.

“To impact a life is powerful,” Crabbe says. “That person can then impact someone else, and you get the domino effect.”

She began coaching youth soccer in college and coached youth teams up and down the East Coast when she moved to Chapel Hill in the 1990s. Upon moving to Wilmington in 2010, Crabbe showed her resume to the Wilmington Hammerhead’s director and was hired on the spot.

Through the WHYFC Outreach program, she coaches local children ages four to fifteen who are at-risk or underserved. Knowing that finances and transportation are often difficult for these children’s parents, Crabbe takes soccer to the students. She coaches in schools, after-school programs, and parks. If those facilities aren’t available, she coaches in trailer parks or even in the streets.

The program is free, a situation Crabbe will maintain as long as possible. If overhead costs mandate that she start charging, the fees will be as low as Crabbe can keep them, she says.

Support for the program is accepted through sponsorships, monetary donations, and gently used uniforms and equipment.

Through soccer, Crabbe hopes to make each child’s life a little brighter — “I don’t know their home situation or environment, so I try to make it fun,” she says — and to offer the students some of the advantages she gained through the sport. And, she just might find a budding soccer star. 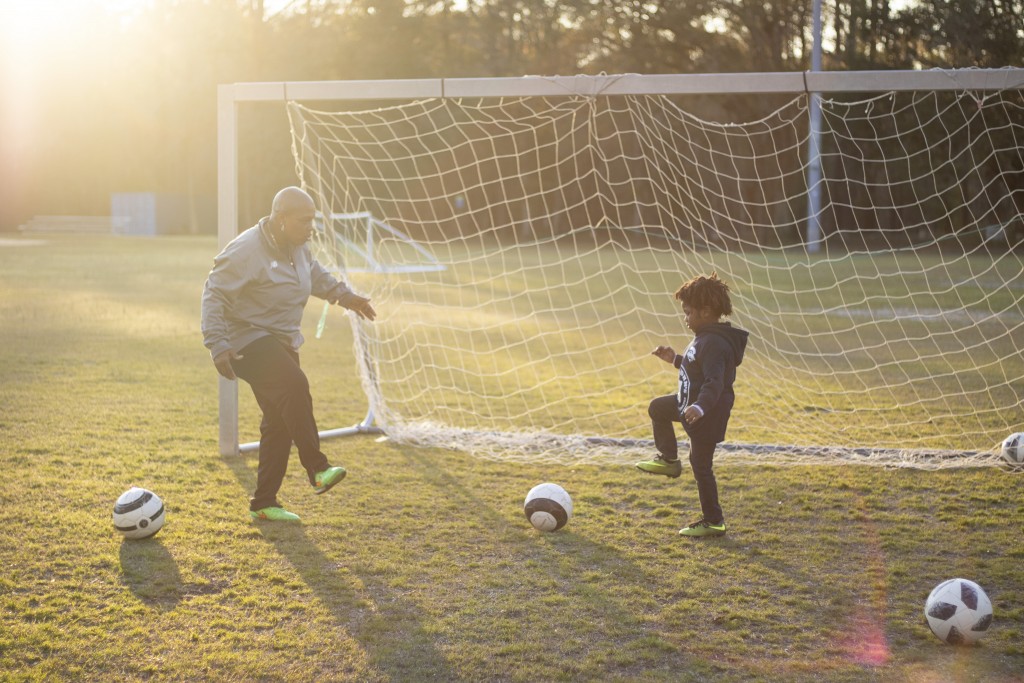 “I’m hoping I’ll have a little diamond in the rough who comes from the outreach program and will experience what I and other elite soccer players in the nation experience,” she says.

Long after Crabbe’s official workday is over, she is checking up on the children and their families. She drops in to see how the students are doing and attends birthday parties and other family events.

She’s there for the parents, too. She’s helped families replace furniture lost in a hurricane and others to learn how to manage their resources.

Nothing is too large or too small — or too far from the definition of a soccer coach — for Crabbe to tackle.

“It’s very important that I serve in any way that I can,” she says. “I totally fulfill the word ‘outreach.’”

For more information on the outreach program click here.