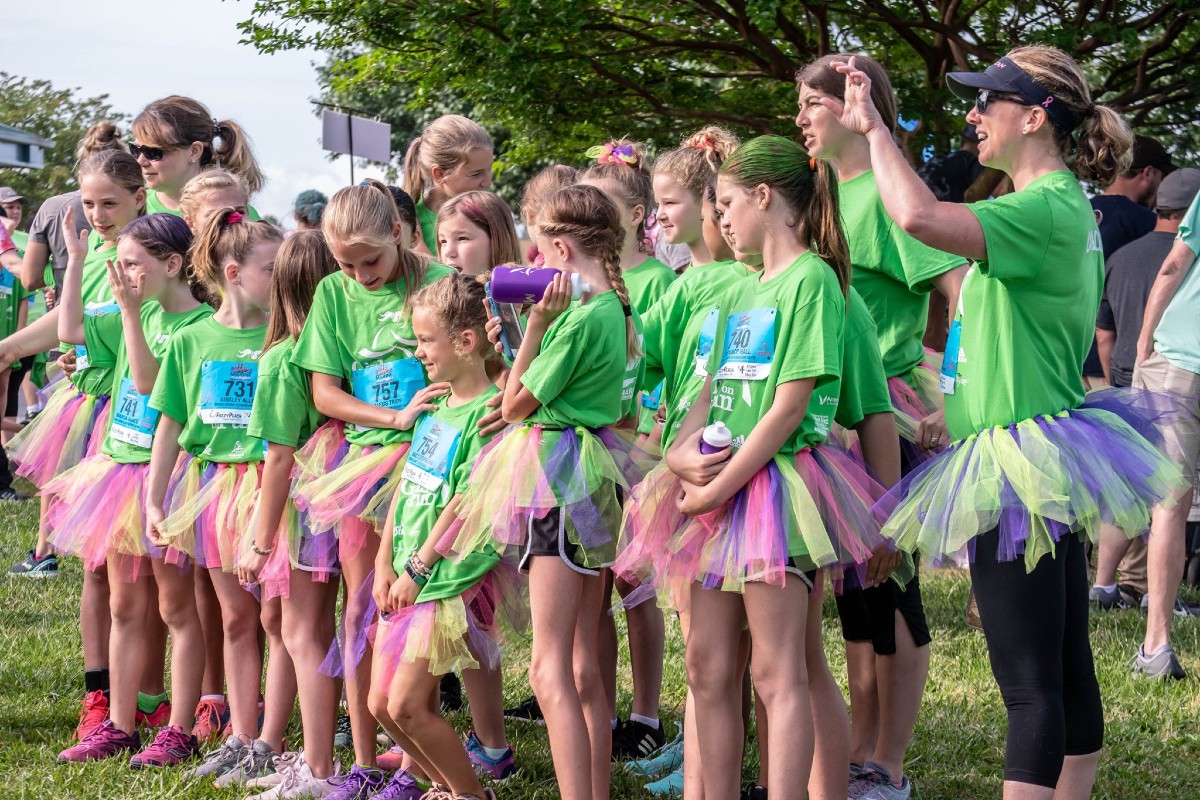 For many young girls in the region, one way to stay active, make friends, and build stamina and self-esteem is through Girls on the Run, a nonprofit organization that underscores the “important connection between physical and emotional health,” according to its website.

In the Cape Fear region, Girls on the Run Coastal Carolina is an affiliate of YMCA of Southeastern North Carolina and is led by director LINDSAY PEIFFER.

“Girls on the Run is all about young girls realizing their limitless potential and knowing that they can boldly pursue their dreams,” Peiffer says. “Along with curriculum lessons that teach the girls how to empower themselves and others, how to use positive self-talk and how to be a good friend, Girls on the Run also gives girls confidence as they practice running throughout the ten-week season.”

Like many other programs, Girls on the Run shifted to a virtual mode last year as the pandemic began. The organization was two weeks into its spring season when the shutdown began and had to pivot its lessons virtually.

“Along with a virtual season, was a virtual End of the Season 5K. Girls still received their program T-shirts and water bottles throughout the season and of course their medal after they crossed their own virtual finish line,” she says.

The program was able to come back in the fall of last year, with limited capacity and adjustments to allow for social distancing.

“Even with these guidelines, the girls that participated in the fall had so much fun and were still able to have the same Girls on the Run experience as years past,” Peiffer says.

This year, things are still different. Typically, the local program has about thirty to forty school teams from the surrounding nine counties, but since it is still not allowed to operate as an afterschool program, it has decided to host community teams at YMCA’s and parks in the area. Peiffer hopes to be back in schools this fall.

For Peiffer, Girls on the Run has a big place in her heart.

“I started coaching back in 2016. I had heard such great things about the program, so I thought why not get involved. I loved it so much I moved from Lancaster, Pennsylvania to become the program director here in Wilmington for Girls on the Run of Coastal Carolina,” she says.

“I know how much I could have benefitted from having this program when I was younger. It’s just become such a passion of mine now to reach and bring Girls on the Run to as many girls as possible.”

Funding for the program to allow all girls who want to participate is important, which is why the organization hosts the EmergeOrtho 5K on May 22.

“We never want a girl to not participate in Girls on the Run because of a financial constraint. Girls on the Run is for every girl,” Peiffer says. “It’s so important to teach kids how to lead a healthy lifestyle at a young age but also those important life skills like teamwork, goal setting, hard work and determination.”