Running Down a Dream

Peyton Thomas, one of three local women who ran in the Olympic trials this year, turns to the trails for an outlet. 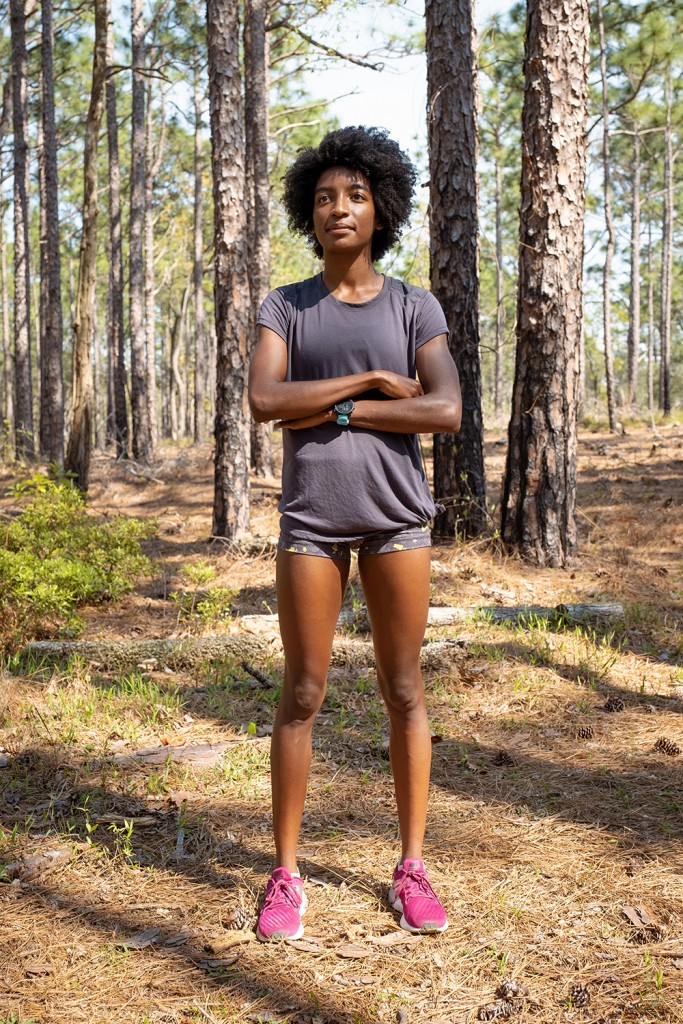 Like many people social distancing during the COVID-19 pandemic, PEYTON THOMAS, a University of North Carolina Wilmington Ph.D. student in biology and marine biology and teaching assistant, finds herself turning to running for solace.

Between keeping up with news about the disease, working and studying from home, and so many lingering unknowns, running is a way for Thomas to clear her mind.

“I kind of just want to run to run right now,” Thomas says. “It helps you better appreciate your time outside and what your body can do. And you don’t want to push it too much, because there’s no point in doing that right now.”

Taking a step back from her usual training regimen is a strange position for Thomas to be in. As a former competitive Baylor University runner, she’s used to structured workouts to maintain her shape and speed. Just a couple months ago on February 29, the twenty-four-year-old competed in the U.S. Olympic Marathon Trials in Atlanta. While she did not qualify for the Olympic team, Thomas set a personal record finishing the marathon in 2:42:54, running each mile in about six minutes and 13 seconds.

“There are obviously people there that are trying to make it to the Olympic team, but then there are people that are happy to be there. And then, there are also people who want to be competitive and show that they can perform really well. And, I feel like I was in that competitive group where I just wanted to prove to myself that I could be with all these people. So, it was really cool just to have the chance to do that,” says Thomas, reflecting on what it was like to reach such a milestone in her running career. 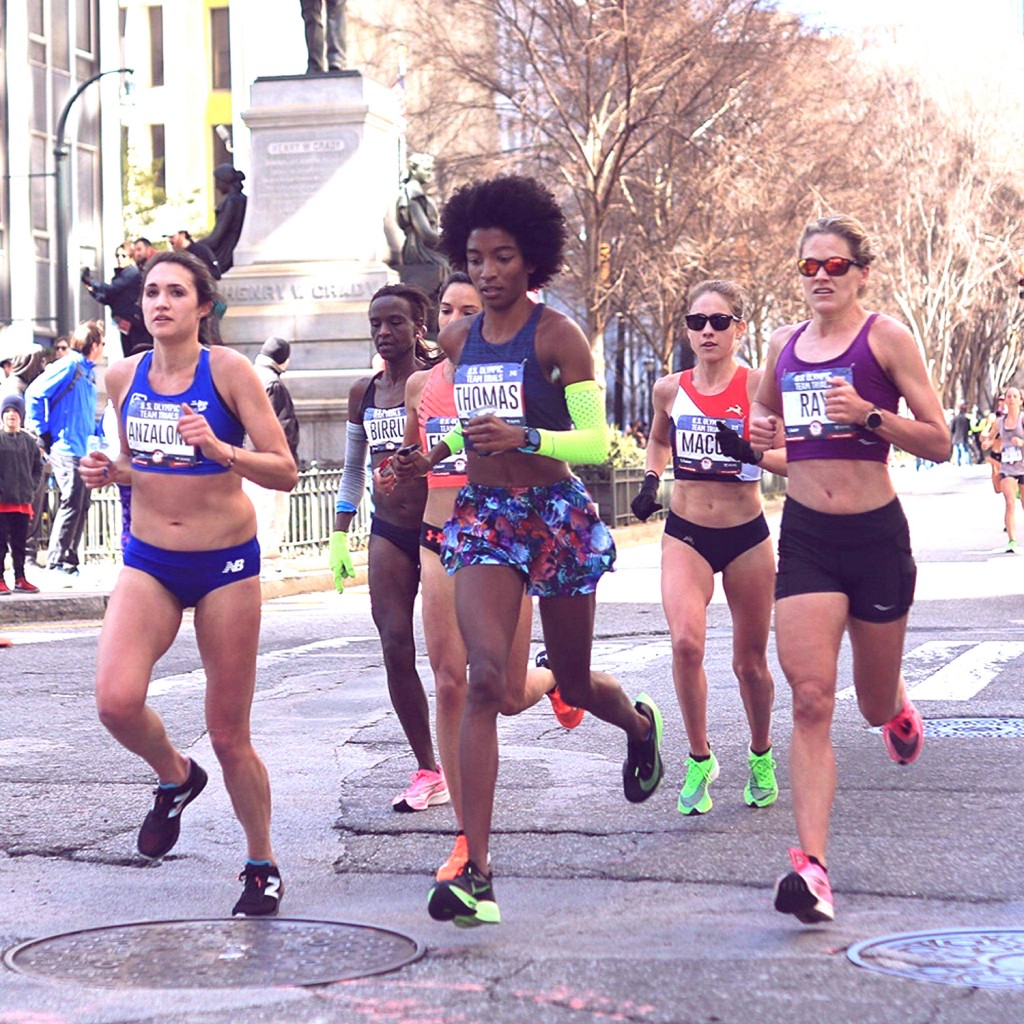 Race day was a mix of emotions for Thomas. She loved having her friends and family members cheering her on as she tackled 26.2 miles on a challenging, hilly course on a very windy day. She ran into trouble on mile 18 when she experienced a muscle strain in her right calf. She had to stop and walk a few times, which slowed her overall time down. She had been on pace to finish around 2:36, which would have placed her among the top fifty runners.

“My coach and I talked about a plan for training for a fast fall marathon, one of the more competitive ones, and trying to get in that top group of people,” Thomas says. “Because if I had run the time that I was projected to run, I would have been like fortieth place in the race, which is pretty cool. So, I feel confident that I could run with some top people.”

With the pandemic, there are a lot of unknowns for Thomas including which races will be happening as scheduled. Thomas recognizes how difficult this time is not only for her but for many top athletes. The summer Olympic Games were postponed until 2021 to prevent the spread of the coronavirus. It’s a decision Thomas completely respects but understands the challenges that come along with it for the world’s top athletes. She feels heartbroken for her friends who were slated to compete in the track and field Olympic trials in June, which is now postponed.

“Having to maintain your fitness or build back up in fitness a year from now is just crazy to think about. But in retrospect, just considering how the world is doing right now, I think it was a really good decision,” Thomas says. “I think you just kind of have to take that mindset of ‘It’s okay to relax a little bit right now because we don’t know what’s going on.’”

Once social distancing ends, she looks forward to resuming training runs with fellow Wilmington distance runners BRITTANY PERKINS and ERIN HOGSTON, who also ran in the Olympic marathon trials. Coached by Without Limits, the trio motivates each other, often meeting before sunrise to tackle the downtown Wilmington hills or squeeze in late-night practices.

Thomas is inspired by Perkins and Hogston who work full time and are moms, yet still find time to train at a high level.

“It’s just really cool to see them embodying (the fact) you can do multiple things; you don’t have to pick one thing or the other. And, that’s been really helpful for me with grad school, because in grad school you have to hunker down and focus on your work 24/7,” says Thomas, who has been exploring shark physiology in her Ph.D. program. “So, having running as my other thing has been really nice to have as my other outlet. And, they (Perkins and Hogston) helped me with that perspective.”

Whether running with friends or solo at one favorite running spots in the Cape Fear region such as Carolina Beach State Park or Abbey Nature Preserve, Thomas embraces the way the sport helps her clear her head.

“It’s a de-stressor,” she says. “It’s something that makes me feel connected with nature. The reason why my favorite places are in trails is because running is one of my favorite ways to go and explore places.”