The many ways to take a home on the road 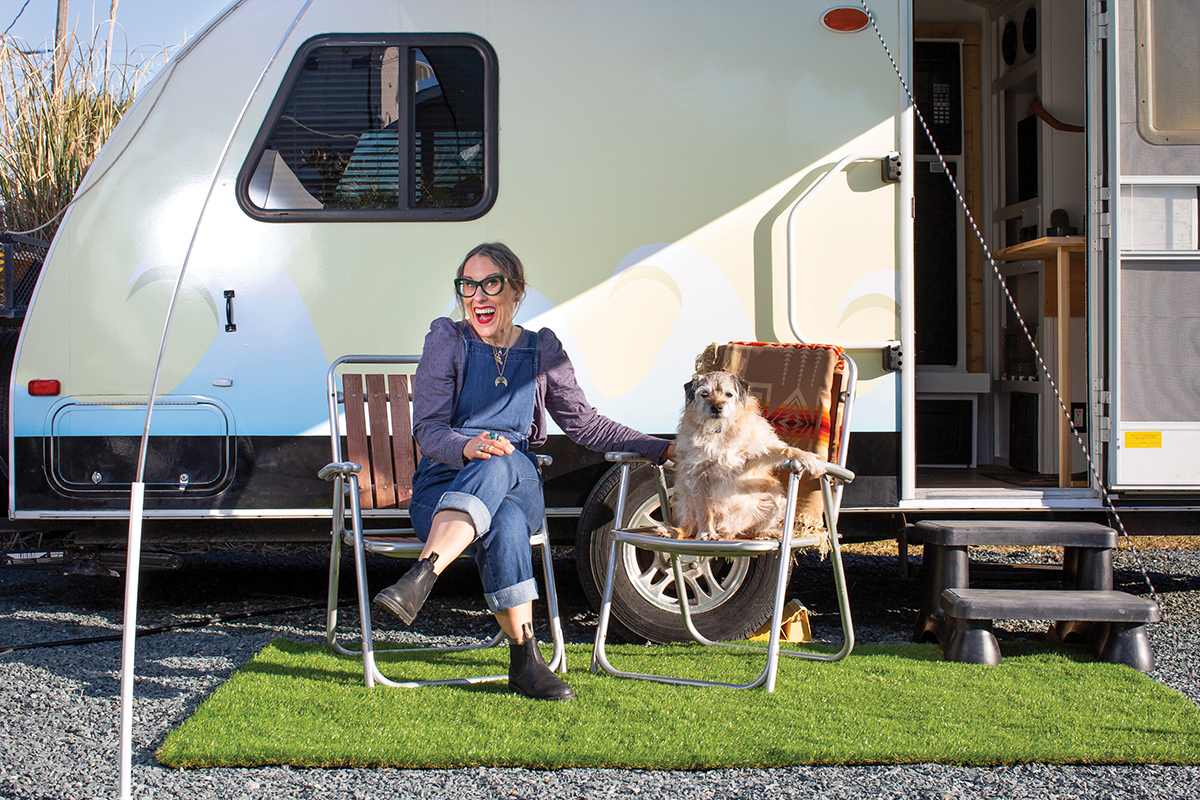 There is a multitude of reasons why someone would buy a camper or van, then renovate it into a livable space. Take for instance Cissie Brooks, Big Sky Design’s team, and Suzi Drake, all of whom recently renovated campers and vans. It might be someone’s dream retirement pastime or their escape route when hurricanes arise. It could also serve as a temporary solution for a booming business running out of office space. Read more about Suzi Drake and her Escape Pod below.

When Hurricane Florence tore through Southeastern North Carolina in September 2018, SUZI DRAKE, WILMA’s contributing designer, was fortunate to have family inland where she could evacuate to. However, her family has since relocated to the coast, which makes it harder for her to find people to stay with, mostly because she’s a dog mom to three rescue pups.

“You can only put that kind of burden on family,” Drake says.

So, she decided to take matters into her own hands and bought a camper in July through Facebook Marketplace – a Forest River R-Pod – that she can ride out the hurricane from a safe distance.

“Facebook has groups for all kinds of campers,” she says. “You can find a group for the specific brand and model you’re looking for. There are even groups just for buying and selling them.”

She looked for one that could be pulled by a Suburban and stay parked in her driveway when not being used. She also knew she wanted it to be fun-looking, which worked out perfectly because she found a teardrop camper.

Going into the renovation, Drake considered herself knowledgeable about cars. However, she quickly learned that she overlooked checking her camper for one important thing – water damage.

“I didn’t ask the right questions, and I didn’t know the right things to look for,” she says. “I got home, and there was some serious damage that I had no idea about.”

She ended up having to water seal the entire camper because of water leaks and damage. Drake repaired and replaced portions of the subfloor, trashed the existing window treatments, and handmade wooden window boxes. She took out one of the bunk beds and turned the space into a cozy nook with a sofa that she can work from and built a wall-mounted stowaway table.

To finish it off, she removed the dinette that previously converted to a bed and replaced it with a permanent queen bed. She then painted the whole thing and sewed cushions, pillows, and curtains. There are still details to work on, but the bulk of the redo and getting it road-ready took about three months.

Drake’s been fortunate and hasn’t had to use her camper to evacuate, so for now, she’s plotting a fun trip for her camper’s maiden voyage.

“I’m looking forward to getting out there,” she says, “and being a part of it.”