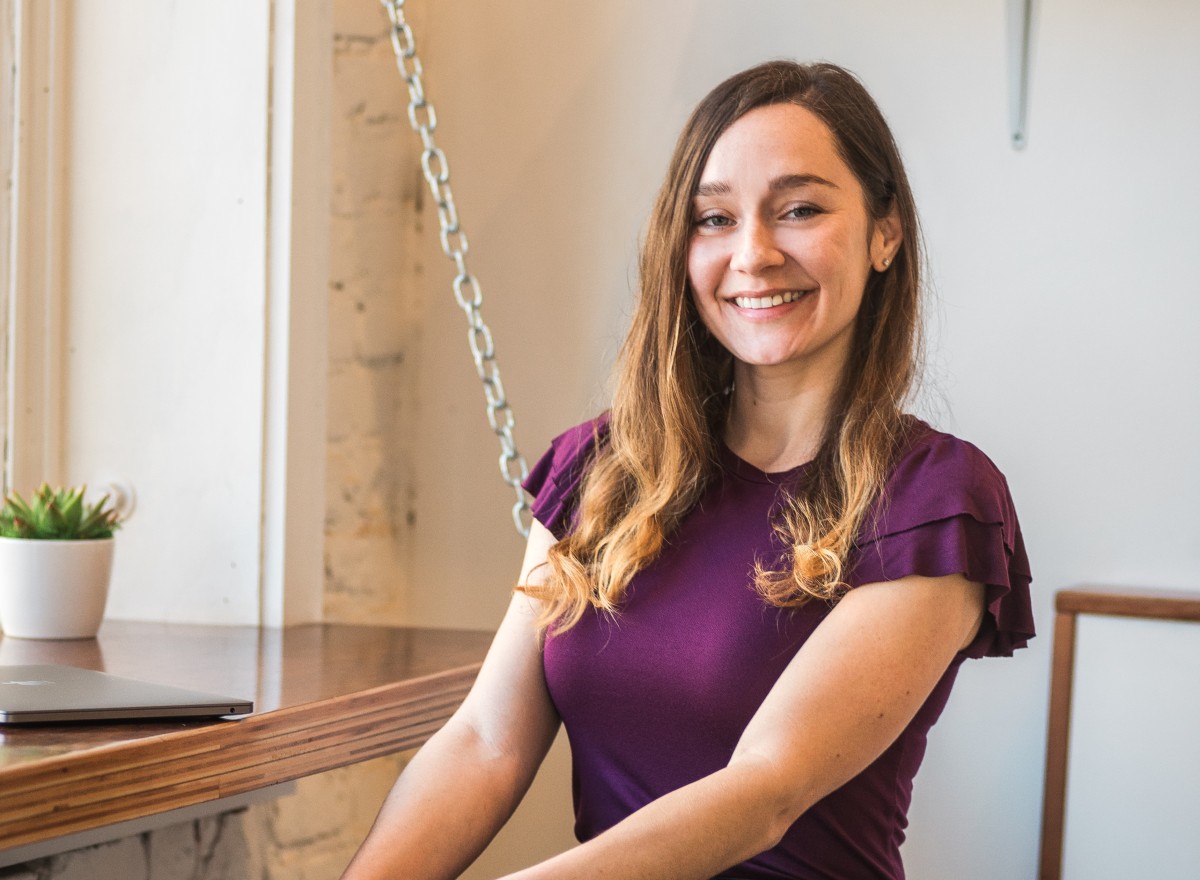 Like many military spouses, MIRANDA PERALES understands the challenges of relocating while maintaining a career. Originally from San Antonio, TX, she earned a degree in marketing and has enjoyed working in her field. After her husband was transferred to Camp Lejeune in 2014, Perales worked remotely for a year, then at a Wilmington firm that wasn’t the right fit, and was laid off from another one.

Now she is the marketing director for Wilmington Eye and an ambassador for Bunker Labs Wilmington, a national nonprofit organization that seeks to support and convene military-connected entrepreneurs and small business owners.

Perales was one of the first to start the local Bunker Labs chapter two and a half years ago. She and Avery Washington, formerly in U.S. Military and currently a licensed real estate broker in Jacksonville, have been leading the chapter as ambassadors.

“Marketing is such an important part of starting a business,” Perales says. “I was excited to use my experiences to help others become their own bosses.” Wilmington boasts a large military community due to its proximity to Camp Lejeune.

“When I moved here, I didn’t see an organization with a large presence for the military. Bunker Labs seemed like a natural choice. Military spouses are constantly moving around the country. Having something that travels with you is important,” Perales says.

“We start by offering the tools they need to build a business plan, understand where and how to fund your business, and encourage members to network,” Perales says. Bunker Connect are networking events designed to build meaningful connections with military-connected entrepreneurs, veteran small business owners, local businesses and organizations, and potential clients.

“We provide opportunities to network with like-minded and goal-oriented colleagues, both locally and from Bunker Labs chapters across the country,” she says.

Bunker Labs also offers assistance to members with established businesses – staffed by employees and generating revenue – to help them grow.

Veterans in Residence is a six-month startup incubator that provides veteran and military family member entrepreneurs with a community, a national business network, and resources to expand their business.

“Participants go all-in with other entrepreneurs,” Perales says. “Mentors work with a group of ten to fifteen people to build up their individual businesses.” While most Bunker Labs mentors are often veterans or military spouses who have successful businesses, Perales says there is a lot of value in having those who aren’t military-affiliated.

As Perales nears the end of her two-year volunteer term, she is encouraged by the impact she’s made on those starting something new and challenging.

“Bunker Labs is a great support system, especially for those who feel like they might lose their purpose once they’ve left the service,” she says.

Perales is also eager to pass the baton to the next ambassador, who she says should be compassionate about the service or the service of their spouse.

“I’ve traveled around the country and met amazing people who are doing cool things. I don’t want to keep that to myself,” she says. “Rightfully so, I should pass that along to someone else.”