The Plant Outpost provides a curated space for plants, music 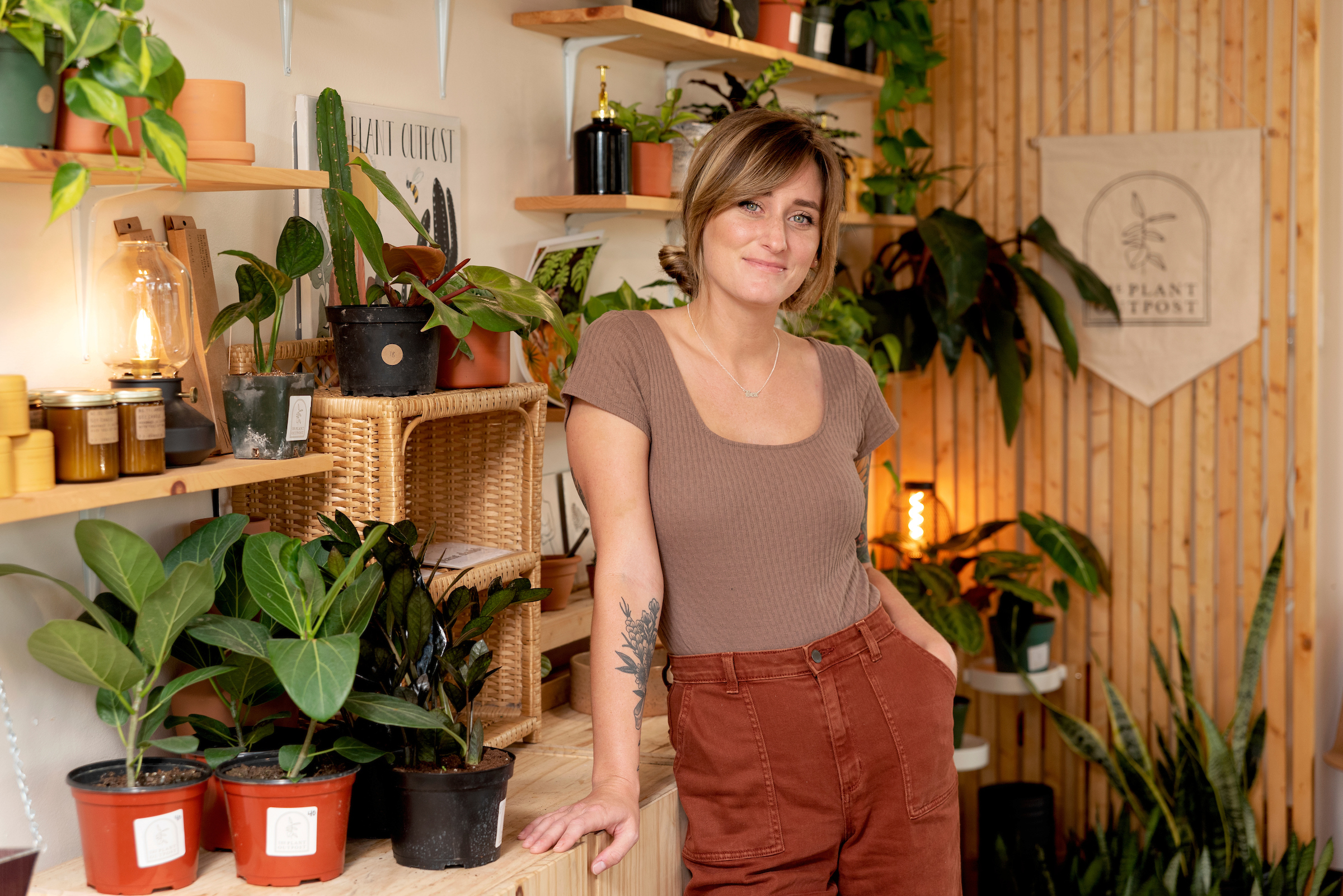 Calling all green thumbs out there and even those who are not. The Plant Outpost opened in June at the Cargo District. SARAH MERTZ’s new “outpost” is exactly that—an outpost. While her business offers plants for sale, it is not exactly a store in the traditional sense of the word. Rather it is a “curated space.”

“When I dreamt up opening The Plant Outpost, I wanted it to be a spot where people would want to come and take photos for themselves, their brand, whatever they had in mind,” says Mertz.

While restless working admin jobs, and constantly being caught daydreaming with the question, “What’s next?” Mertz decided to take the leap in opening her own business.

“I definitely didn’t love being inside an office and was always asking myself what can I do next?”

Before she took the next step, she was operating as a pop-up for about eight months.

“I still had a full-time job at that time, so it was something I was doing as a side hustle that just brought me a lot of joy,” she says. “I knew I wanted to eventually grow into my own storefront.”

The Plant Outpost consists of 160 square feet inside a shipping container in the Cargo District downtown. And while the small space offers thoughtfully sourced houseplants and handcrafted goods, the space has taken on other roles.

“I have teamed up with multiple local businesses in my space for their brand, and the photos are exactly what I was always hoping for,” Mertz says. “You’d be surprised what you can make happen with 160 square feet.”

A new, upcoming project that she says is “near and dear to my heart” is a music collaboration inspired by NPR’s Tiny Desk series.

“I have collaborated with my friends in the music scene and with people in recording and production,” she says, “So far we have filmed three local artists and plan to release videos weekly/bi-weekly.”

Mertz feels as though she is providing a creative outlet that has been lost since the coronavirus.

“This gives artists the opportunity to share their craft in a safe and unique way,” Hertz says.

COVID definitely put a “scare factor” into how she was going to continue building her business in the middle of a pandemic. Thankfully, she found a solution.

“I started offering weekly plant delivery on Sundays, which the community seemed to really love,” she says.

She made between 30-50 deliveries each week. “I think it was a really nice treat for everyone stuck at home,” she says. The success of her deliveries allowed her to fund and remodel her container. Since moving into the shop, the same plant love within the community has continued. “It gives people something to look forward to, it totally livens up your space while you’re stuck at home.” 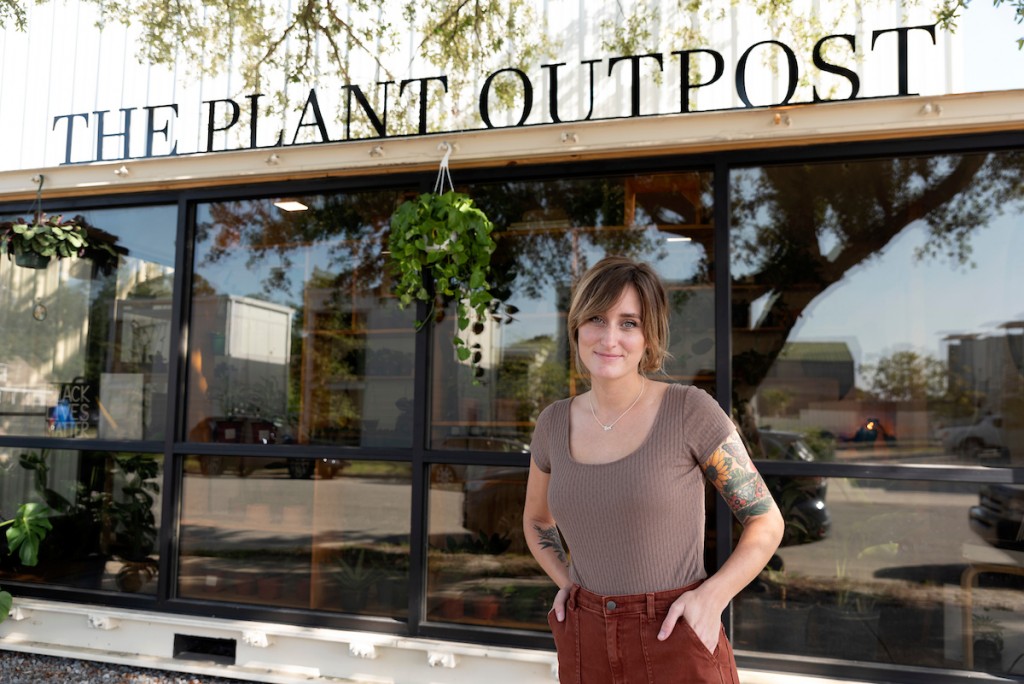 Mertz attributes the idea for her business back to her first outing in a plant store in Tampa, Florida. But her love of plants came from her mom.

“I blame my mom for that,” she says. “My mom would always be picking up plants, and my house slowly but surely, became an indoor jungle.”

Clearly, her mother’s love grew a passion in Mertz, and she is thankful for her propagating her green thumb.