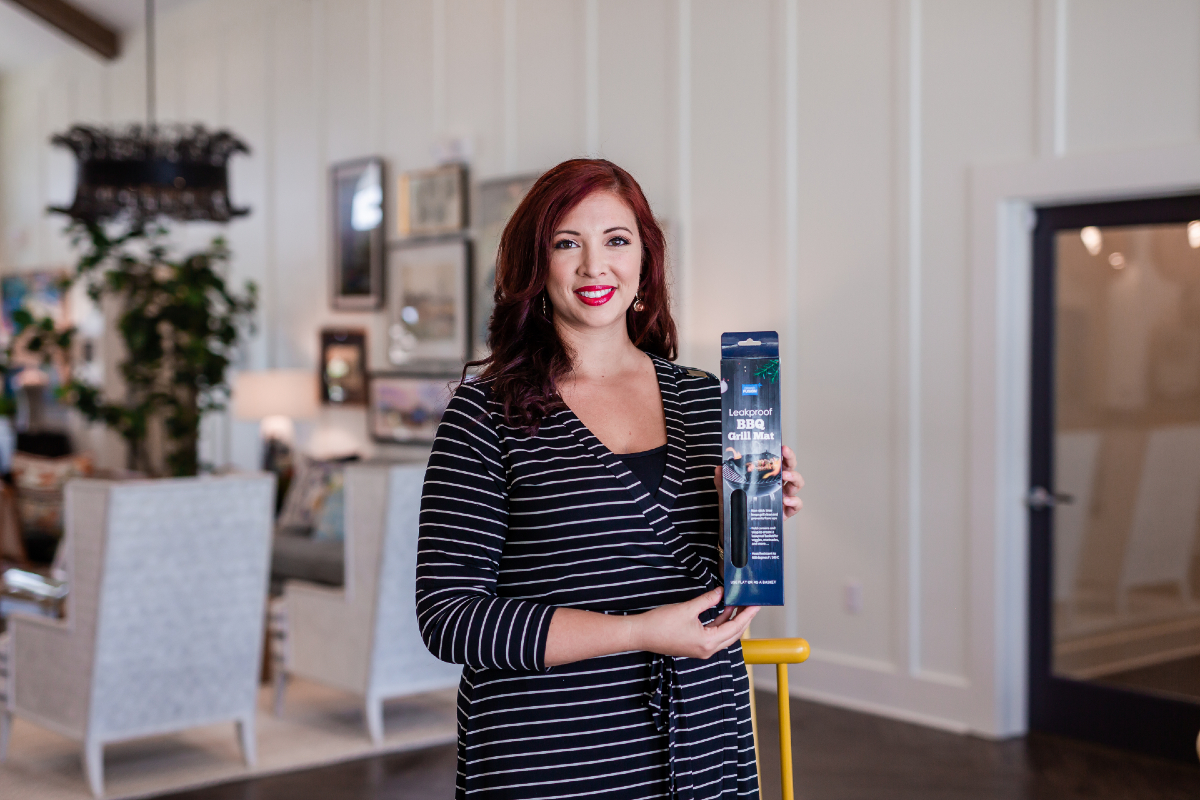 TALIA AFOA believes that everyone has ideas for inventions buried in their minds. “Experience as a lifelong consumer qualifies everyone to be an inventor no matter how old you are, where you live, or what financial situation you’re in,” she says. Afoa is a product developer who licenses inventions as a side hustle. She recently had her first inventions come to fruition.

Afoa’s environmentally-friendly Leakproof Baking Mat is a reusable replacement for single-use aluminum foil, wax paper, and cooking sprays that snaps at the corners so bakeware stays clean. While working on this product, she also invented the Leakproof BBQ Grill Mat, a similar product designed to withstand high temperatures which keeps a grill clean. It took her three months to develop the first baking mat prototype and finalized both products within one year.

The mats are licensed and manufactured by Grand Fusion Housewares, a company with many established retail relationships. Both of Afoa’s products can be found at Amazon, Target, Walmart, Bed Bath & Beyond, and many other retailers. “It is a dream come true!” says Afoa.

Afoa looks at inventing like learning to ride a bike. “Inventing is a series of obstacles to overcome. To learn, you must be willing to take rejections, flops, and bruises along the way. The first challenge is finding the right information so you can keep pedaling forward. Another challenge is consistency and balance. I am not a big fan of routine, but in order to make progress, you have to consistently put in the time,” she said out of experience.

Born in a military family in Honolulu, Hawaii, Afoa attended five different high schools and lived in California, Colorado, Alabama, Tennessee, and Louisiana, spending the most time in North Carolina. She started her college education in advertising at Craven Community College in New Bern. She completed her associate degree at Coastline College in California before transferring to California State University, Fullerton where she earned her bachelor’s degree.

It was soon after graduation that she had an idea she couldn’t stop thinking about. After much research, she eventually contacted a small invention promotion company. “I spent a couple hundred dollars and received a small booklet for my idea. They offered to help me file a patent for $8,000, money I didn’t have as a recent college graduate.” So, she continued her research. A few years later she read “One Simple Idea,” a book by Stephen Key, and then in June 2016 attended a one-year coaching program through inventRight offered by the author and his business partner Andrew Krauss.

Afoa’s ideas come from paying close attention to the moments in life when she’s feeling frustrated with a task. “While using specific products, I think of ways they could be improved. I study a category of products to see what already exists, and then begin ideating from there. Sometimes I even dream of inventions,” she said. Meeting new people, trying new things, visiting new places, crafting, painting, and getting a coffee while browsing at the bookstore all help her feel creative. Afoa highly recommends licensing for invention ideas because it allows inventors like herself to bring products to market without having to start a business or spend large amounts of money.

Afoa is motivated by the thought that her ideas can become actual products that people will eventually buy and use. “Anytime I struggle with motivation, I watch videos on inventRight’s YouTube channel or I reach out to fellow inventors,” she adds.

“I hope to create products that make life easier, spur creativity, or that simply add joy,” she said. And to all those who have ideas floating around, she advised, “Keep seeking the right information, find a like-minded community, and take action. The world needs to see your art! Ask what if and let your imagination go where it may. And know that failing isn’t avoidable, it’s absolutely necessary.”

So, what’s next? “I have an idea I’m currently working on. I cannot yet disclose it, but I can share that it’s for all you crafters out there,” she says.