Artist Janet Johnson is inspired by her surroundings 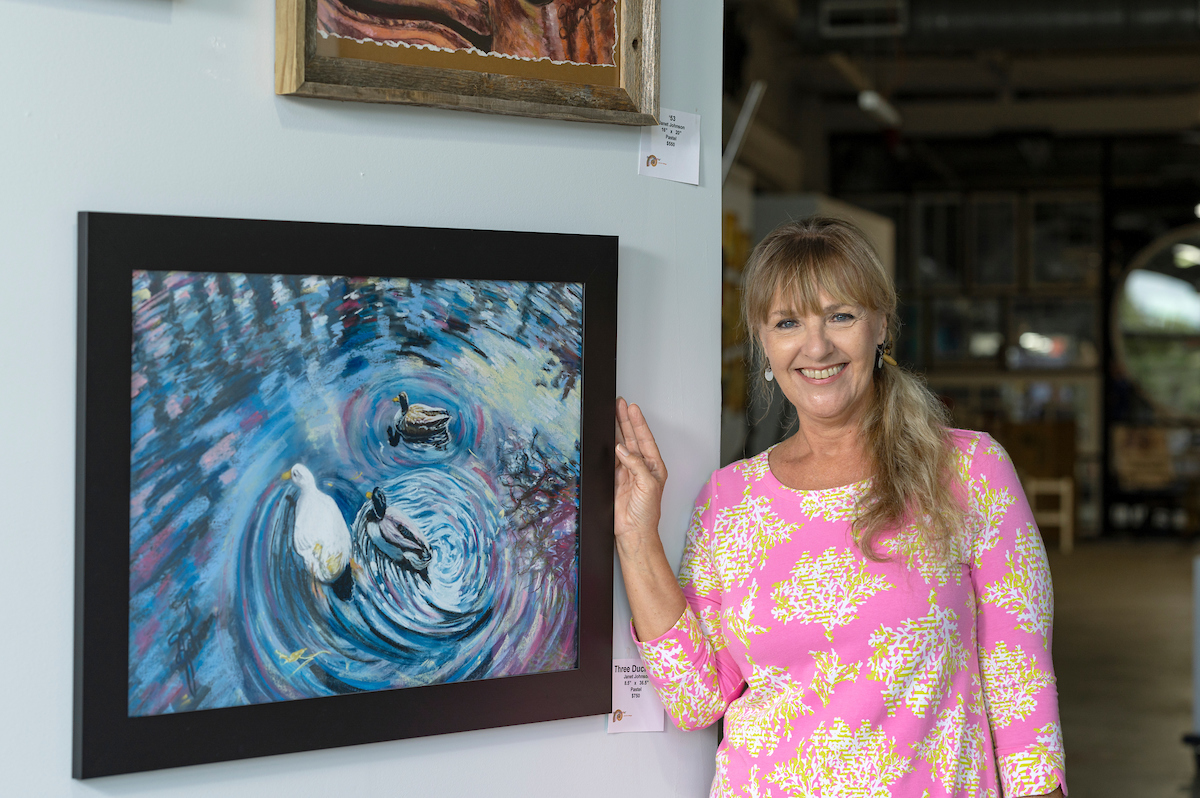 Discovering a talent is a wonderful experience. Discovering that talent at an early age allows one to share it with others. This is the case for JANET JOHNSON who discovered her love for drawing when she was a young child.

“At around the age of ten I received a Learn to Draw set for Christmas,” Johnson says. “That was the beginning. I always loved to draw and sketch with pencil and charcoal. I began working with watercolors when my girls were young and then got busy with activities they were involved in and put art away for many years.”

“After moving to Wilmington seven years ago, I picked up some new art supplies, including a small box of pastels. After my first little painting, I was hooked. It has developed into a full art career which keeps me very busy and happy.”

Johnson’s artistic ability and love for pastels suit the Wilmington area very well, and those who know her work know how special it is.

“Everything is an inspiration to me for a painting; landscapes, flowers, animals, people, found still lifes; all of these can catch my eye,” Johnson says. “I take lots of photos everywhere I go, creatively experiment first with the photos, then translate the idea from there onto my pastel surface.”

Her work includes paintings from Airlie Gardens, Greenfield Lake, the Cape Fear River and waterfront, the beaches, the Burgwin-Wright House, as well as rural areas in Brunswick County and the Cape Fear region.

“My favorite thing about the pastel medium is the pure pigment and vibrancy of the colors. No mixing, water, brushes, or other tools are required. It’s just between me and the dry stick of pigment,” she says.

In addition to beautiful locations and scenes, Johnson paints people in a way that showcases who they are.

“My favorite pieces are those that have made a connection to other people, such as ‘Tori’s First Swim,’ ‘Morgan’s Books,’ and ‘Some Strings Attached,’” Janet says. 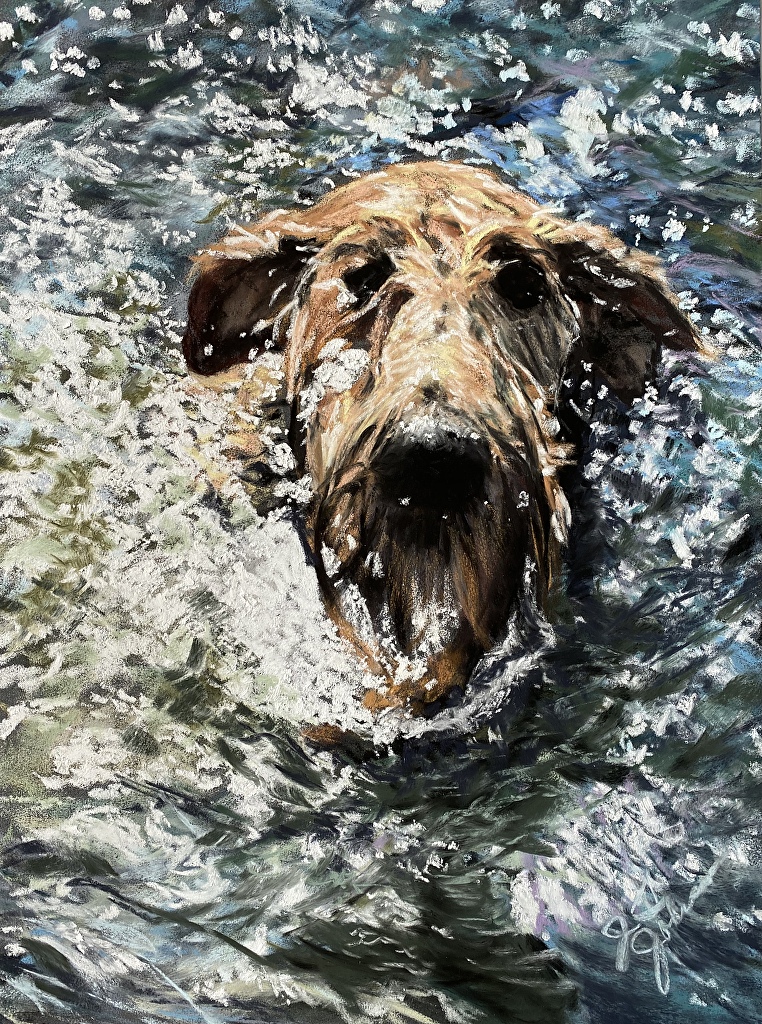 “In addition, favorites are those that have special meaning to me such as ‘Memories of My Grandparents’ Farm,’ ‘Mom’s Gift,’ and ‘Walking with Daddy.’” 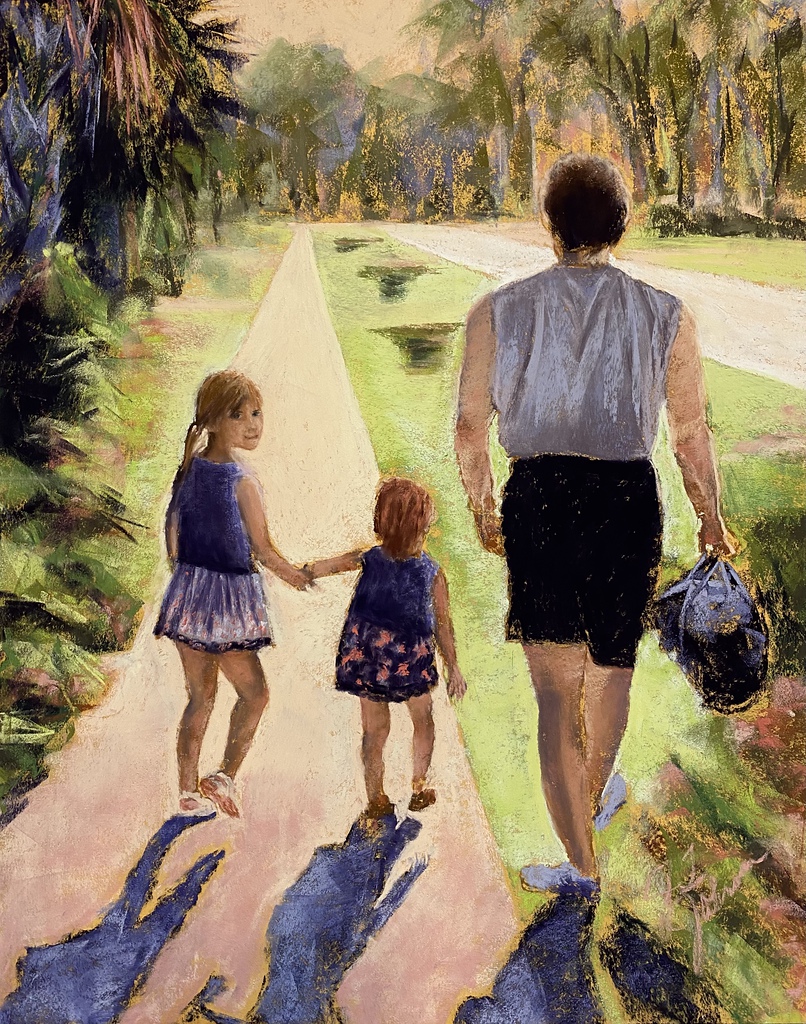 “My most current project was the culmination of an Artist Support grant received through the North Carolina Arts Council,” Johnson says. “I researched an alternative to framing pastels and watercolors behind glass. I used this process to create nineteen new pieces of work which were on display at Gallery Citrine in downtown Wilmington called Glassless.”

In addition, Johnson also has works at Water + Color Gallery at Riverlights, Art Exposure in Hampstead, and Arts on Fire on Carolina Beach Road.”

Her studio is located at 200 Willard Street in the South Front District where she displays some of her work that can be seen and purchased online.

Locals can catch her work at local galleries before she transitions out of Wilmington.

This fall, Johnson is planning to move to southern California to be near her daughters.

“I will never forget the kindness and love I have received from the people and art community in Wilmington, and I will miss them all so much,” Johnson says. “I’ll be leaving behind a piece of myself in the friends made, art experiences, and art patrons I’ve gathered in the past seven years.”